This week I paid a visit to a Half Price Books location I'd never been to before (the one in Burleson, Texas) and came away with a few things. First up are three books by John Whitlatch: FRANK T.'S PLAN, GANNON'S VENDETTA, and TANNER'S LEMMING. Whitlatch is something of a legendary figure among action/adventure fans because not much is known about him. I've seen his books around for years and at one time owned all of them, but I've never read any of them. I have to remedy that soon.
Next a trio of vintage hardboiled mysteries: BLOW HOT, BLOW COLD by Gerald Butler, THE FOURTH POSTMAN by Craig Rice, and SHAKEDOWN by Richard Ellington. Butler was a British author who came up with one of the all-time great hardboiled titles, KISS THE BLOOD OFF MY HANDS. I have several of his books but have never read any of them. This one is set on the French Riviera. The Craig Rice book is one of her novels featuring lawyer John J. Malone. Everything I've read by her has been good. I've also read several novels by Richard Ellington that I liked. SHAKEDOWN, originally published in hardback under the title JUST KILLING TIME, features his private eye character Steve Drake.
I nearly always pick up Zebra horror novels from the Eighties and Nineties when I come across them, especially if they're by William W. Johnstone. In this case I found two of them, WOLFSBANE and THE DEVIL'S CAT. I may already have one or both of these, I'm not sure, but I wasn't going to leave them there.
Finally a couple of Westerns: THE KINCAID COUNTY WAR, another entry in the Wild Bill series by Judd Cole (John Edward Ames) and BLOOD ON THE GRASS by Lewis B. Patten, a Leisure paperback that includes the title novel and a bonus novella "Sharpshod", both of which appeared originally in Western pulps in the early Fifties, the former in the April 1953 issue of GIANT WESTERN under the name Lewis Ford, a Patten pseudonym I wasn't aware of, and the latter in the May 1953 issue of WEST. Should be good.
New e-books this week include a handful of pulp reprints from Radio Archives, including The Spider, Operator #5, The Scorpion, and The Mysterious Wu Fang. 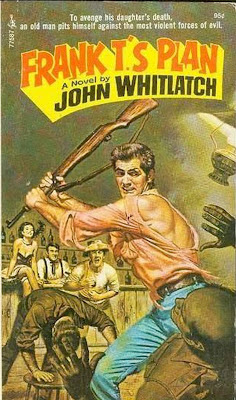 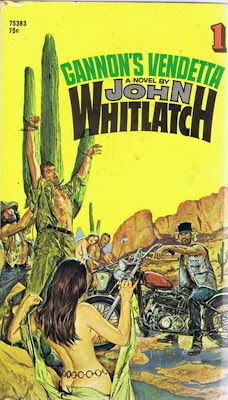 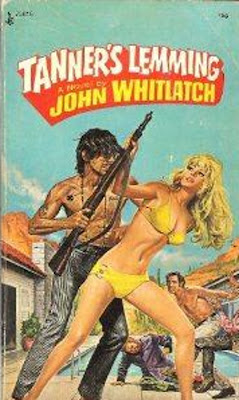 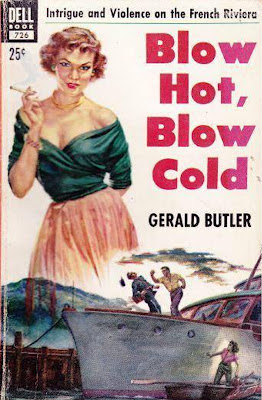 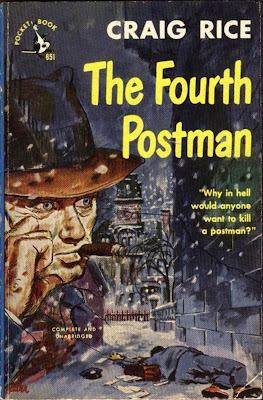 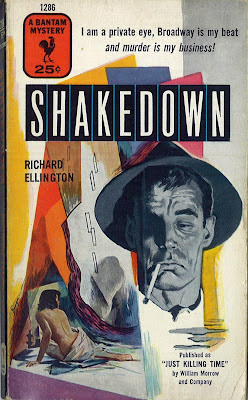 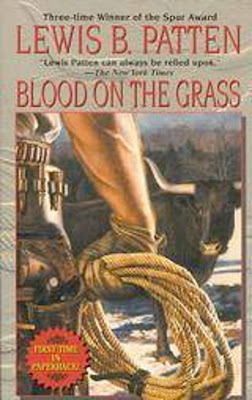 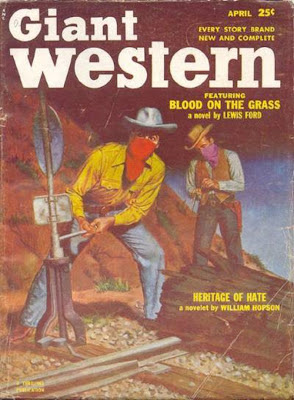 Nice score! It's been ages since I've run into paperbacks of this quality. Somehow, most of the Good Stuff can only be found online at steep prices. I'll be looking forward to your reviews of these fine books!

I've read the Rice and the Ellington and enjoyed them both. No Half Price Books in my neck of the woods, alas.

I always feel better when you write about the books you have and haven't read and the ones you have just bought despite thinking you already have a copy. My goal is to not buy a book I already have, but I realize that I'm dreaming. Can't wait for my next trip to the Twin Cities as another Half Price Books has opened there.

Post a review of any of the Whitlatch novels you read. I have several of them, but like you have not read any of them yet.

With all the books you and I have read I'm surprised neither of us has read Whitlatch before this. I just ordered 3 from abebooks.

James, you owe it to yourself to read KISS THE BLOOD OFF MY HANDS. Really really good. With an ending reminiscent of some of Jim Thompson's surreal "reality bending." I have also read BLOW HOT BLOW COLD but am having trouble remembering specifics, so it must not be as strong as KISS.

Nice trove of books you came across. I have never heard of Whitlatch, so I am looking forward to a future post on him.