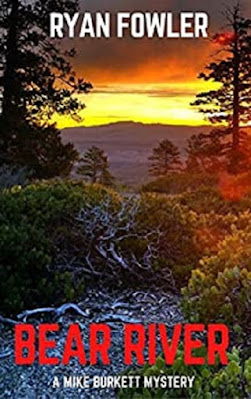 The narrator, Mike Burkett, is a former army investigator and policeman who has become a successful novelist and abandoned the big city to live in a small vacation community in northern Utah named Bear River. He’s friends with the local chief of police, and when a young woman who’s renting one of the local vacation homes goes missing, the chief asks Mike to help out as a volunteer part-time deputy. Mike’s not sure he still has the skills to get involved in such an investigation, but he plunges into the case anyway, and it’s not long before he’s uncovered a murder. He also runs into a couple of attempts on his life, but that just reinforces his determination to see things through and uncover the truth.

Mike’s investigation takes him from one end of Utah to the other and into Arizona and Montana, and he turns up a wide array of possible suspects ranging from meth dealers living in squalid trailer houses to wealthy business owners who have fabulous vacation homes in the area.

Fowler spins this very well-paced yarn with assurance and skill. Mike Burkett is an extremely sympathetic and likable narrator/protagonist, the supporting cast is top-notch, especially an Arizona sheriff who helps him out, and the plot is appropriately twisty. I really enjoyed BEAR RIVER and hope it’s the first of a series. Highly recommended.