Zombies From the Pulps!: The Graveyard Rats - Henry Kuttner 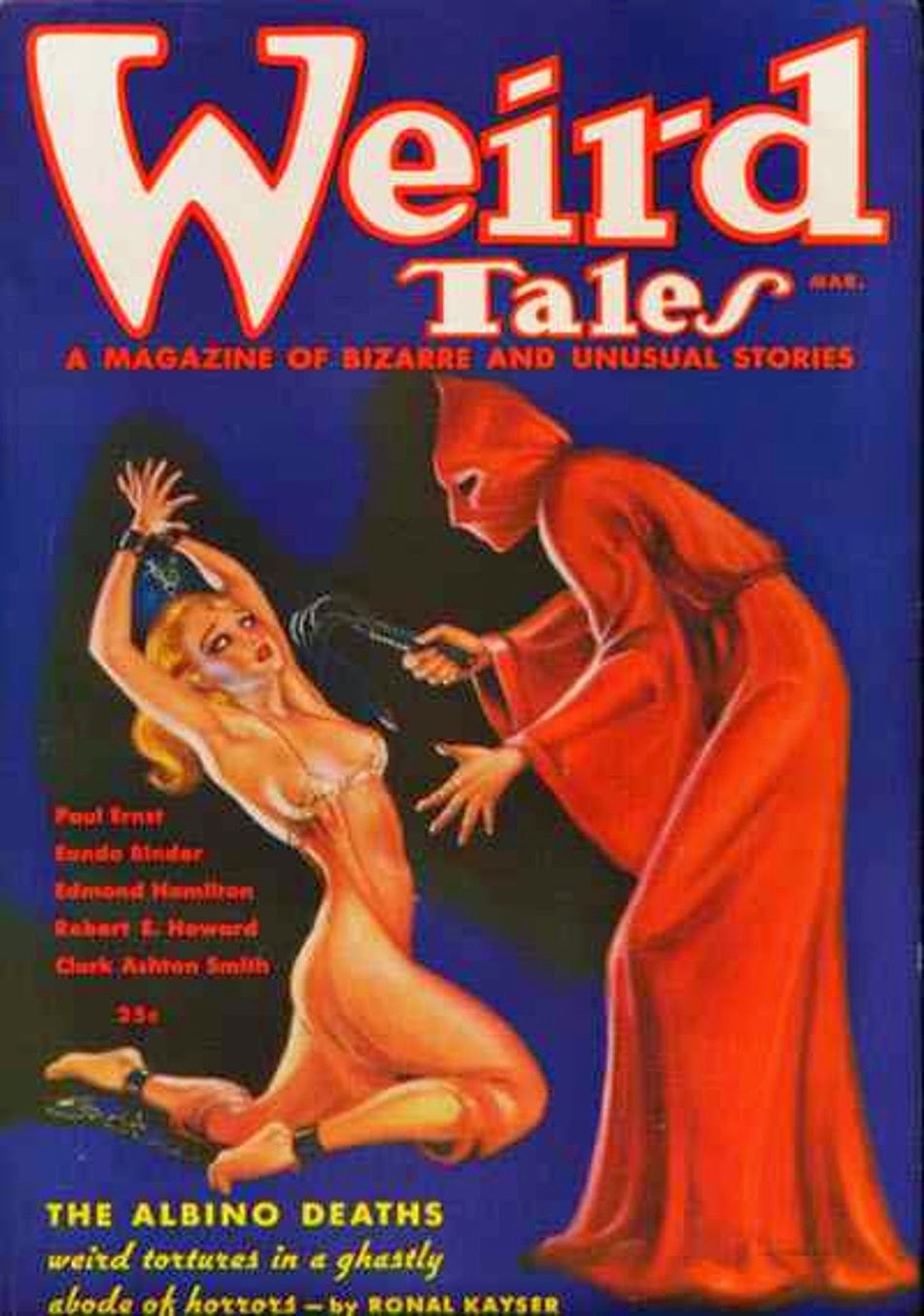 Henry Kuttner's "The Graveyard Rats", from the March 1936 issue of WEIRD TALES, is one of the most famous stories in this anthology and one of the most collected horror stories of the 20th Century, I would suspect. It's also notable for being Kuttner's first published story, a very polished debut in what turned out to be a stellar—if too short—career.

Mostly, though, this story of a corrupt cemetery caretaker's battle against the giant rats—and something else—that lurk inside and beneath the graves in his charge is just a great yarn, one of the purely creepiest stories you're ever likely to read. It's been years since I'd read it, and I had forgotten how scary it is and how the pace in it just gallops along. If you haven't read "The Graveyard Rats", you're in for a treat. This is another strong entry in ZOMBIES FROM THE PULPS.

I swear that I remember reading this story as a child but it was in a comic book translation, either in Creepy Tales of one of the other pre-comic's code scary comics. It gave me nightmares as a child because of the visual panels.
It's a great story and very creepy. I've always wanted to find that comic book to see what it was that gave me such nightmares. My parents took them away from me and refused to let me buy anymore of that ilk. I borrowed my uncle's after that.

As a child in the early 1950's I used to buy the EC comics and they gave me nightmares also. My mother finally threw away my stack of horror comics. That's why these old comics and card sets are worth so much money nowadays. Our mothers made them valuable collector's items by getting rid of them.

I reread "The Graveyard Rats" for the first time in years a few months ago as well. It was even creepier than I remembered.

Kuttner is probably my all time favorite writer. I'm glad to see his work is still being kept in print.

Wow! I just discovered your fantastic blog, and I really appreciate your pointer to the Zombies from the Pulps. Although I am late to the party, I plan on returning every now and then to see what you're up to here. High regards from RT at Beyond Eastrod.

Why does the guy in red have a gardener's cultivator in his hand? I guess he's going out to garden and is just asking the girl if she'd enjoy helping. Maybe they are going to plant peas, or tomatoes.

He's asking her to help him get rid of chinch bugs.

Coming up in the next issue of WEIRD GARDENING TALES . . . "Satan's Trowel!"

All right, I'll stop now and get back to work. These are more DIME MYSTERY or TERROR TALES titles than WEIRD TALES, anyway.