The War Makers - Kenneth Robeson (Will Murray and Ryerson Johnson) 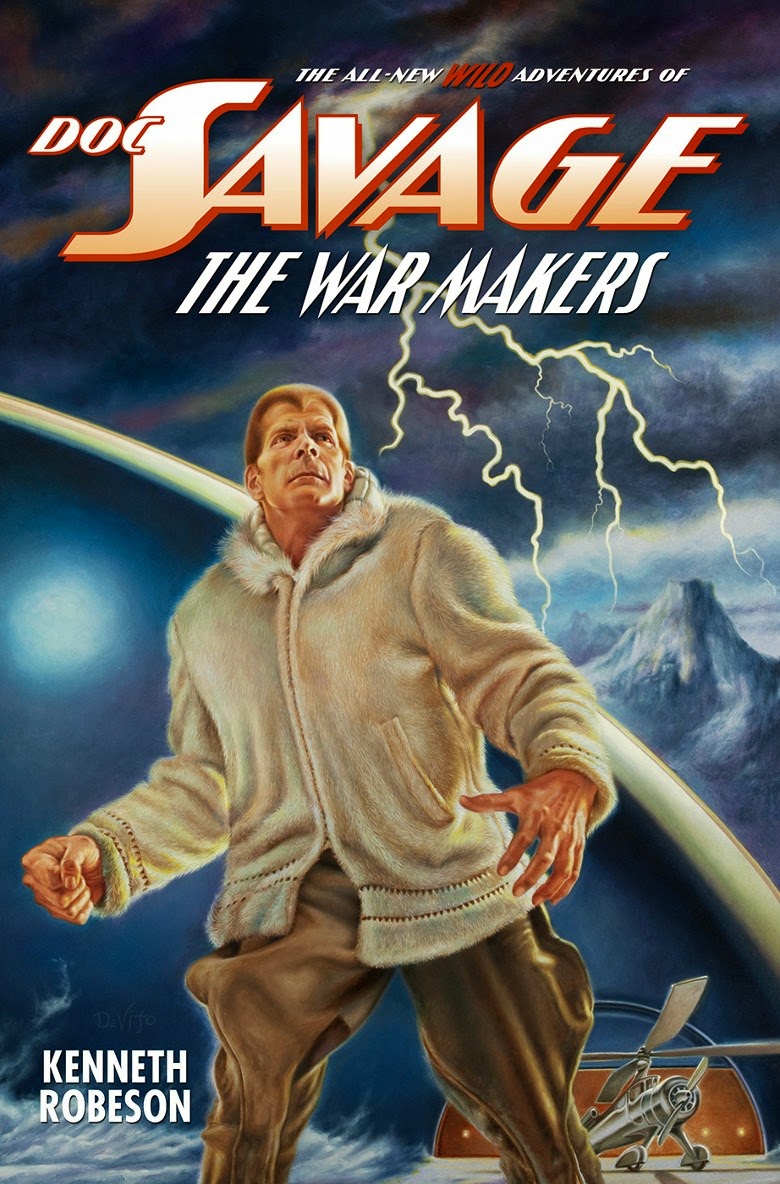 Doc Savage is back in THE WAR MAKERS, the latest novel by Will Murray writing as Kenneth Robeson, this time from an outline by Ryerson Johnson, who ghosted three excellent Doc Savage novels for Lester Dent in the Thirties. THE WAR MAKERS is a sequel to one of those books, THE MOTION MENACE, as well as being tied in with another classic Doc yarn that will go nameless here because the title might be a bit of a spoiler.

As this story opens, some mysterious, invisible force is causing cars to stop as if they'd run into a wall and airplanes to fall from the sky. This force also causes the death of anyone unlucky enough to be caught in it. Evidence seems to point to the possible involvement of several executives in a car manufacturing company in Detroit, one of whom summons Doc to investigate before running afoul of the deadly mystery himself.

This is no prosaic extortion scheme like you might find in some pulp novels, however. The problem quickly escalates into Spider-like proportions, with the sinister force wreaking havoc across the nation and causing thousands of deaths. The country may well be tottering on the brink of collapse unless Doc and his crew can find out what's causing the terror and who's behind it. The chase takes them from the swamps of Florida to the frigid Canadian wilderness north of the Arctic Circle, with plenty of action, death traps, and narrow escapes along the way.

Murray's prose is, as always, pitch perfect for this sort of novel, as is his portrayal of these well-loved characters. The book has the usual great cover by Joe DeVito as well, and it's available in both e-book and trade paperback editions. It's been close to fifty years since I read my first Doc Savage, and I'm still reading and enjoying them. Sometimes it's good to be a kid at heart.

Murray writes these things faster than I can read them. But nothing like Dent back in the day. Yet another on my list. Perhaps by the time I read The Motion Menace and listening to the other new Doc books on audio, this one will be available on audio.