Zombies from the Pulps!: The Walking Dead - E. Hoffmann Price 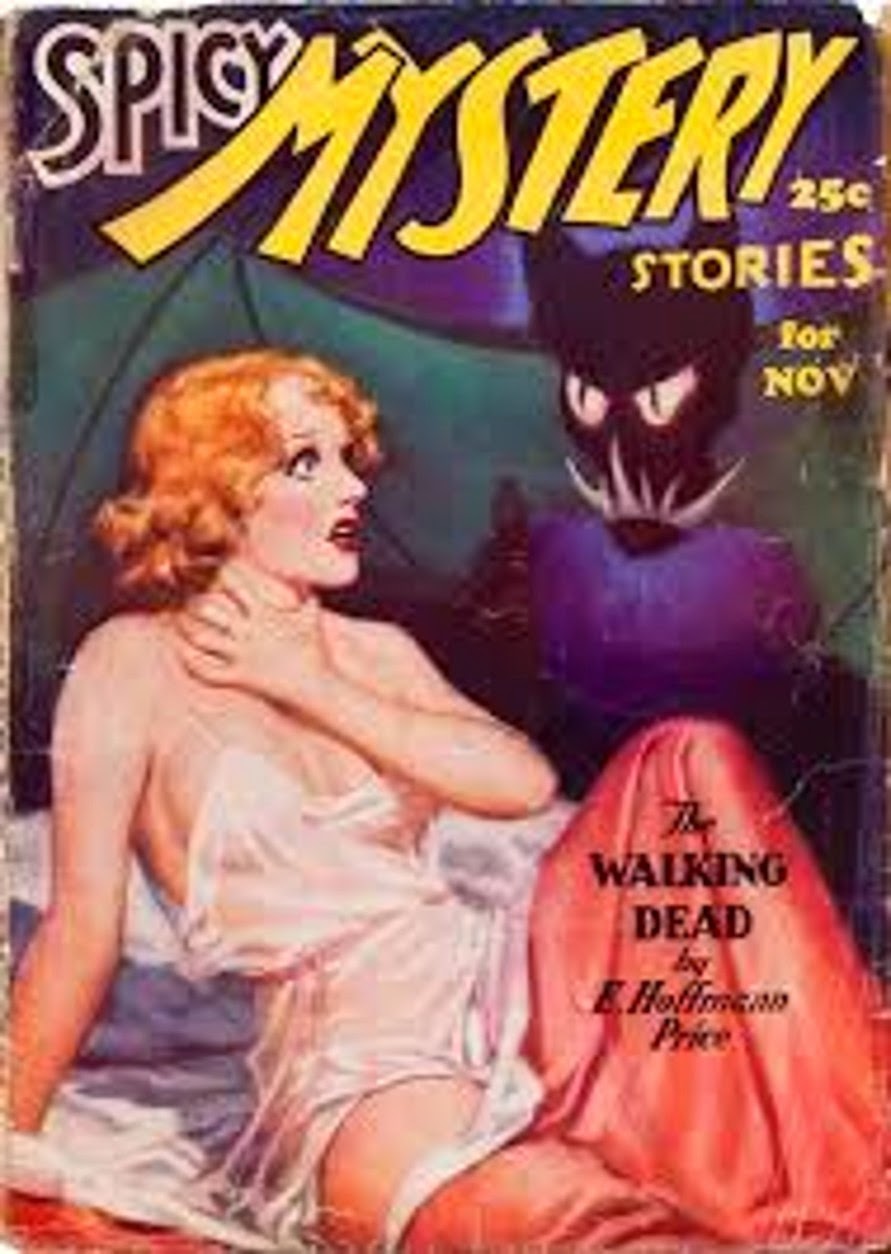 I really enjoy the Spicy pulps. Sure, they're formulaic, no matter what the genre: stalwart, square-jawed (and not always too bright) protagonist, plenty of over-the-top action, and beautiful, willing babes who have a habit of losing their clothes. Anything you get in the way of characterization or an actual plot is a bonus, but there's more of that in the Spicies than you might expect.

E. Hoffmann Price was a consummate pulpster, selling to magazines at or near the top of the line (ADVENTURE and ARGOSY), down to the Spicy titles and other pulps published by Trojan. Since he wrote every sort of story, it makes sense that he would turn his hand to zombie yarns, too. From the November 1935 issue of SPICY MYSTERY STORIES, "The Walking Dead" is set in the Mississippi Delta of southern Louisiana. The hero is searching for one of his servants who disappeared while running an errand for him, and that search leads him to a mysterious plantation where there's something wrong with the workers in the fields. Throw in a sinister plantation owner with a beautiful niece who wants to escape from the place and you've got the framework for a fast-moving action story and another one influenced by Seabrook's THE MAGIC ISLAND.

Price was such a good writer that he could take a formulaic plot like this and make it work, at least for the time it takes to read it. It isn't an example of Price's best work, but it is a lot of fun to read.