The Axeman of Storyville - Heath Lowrance 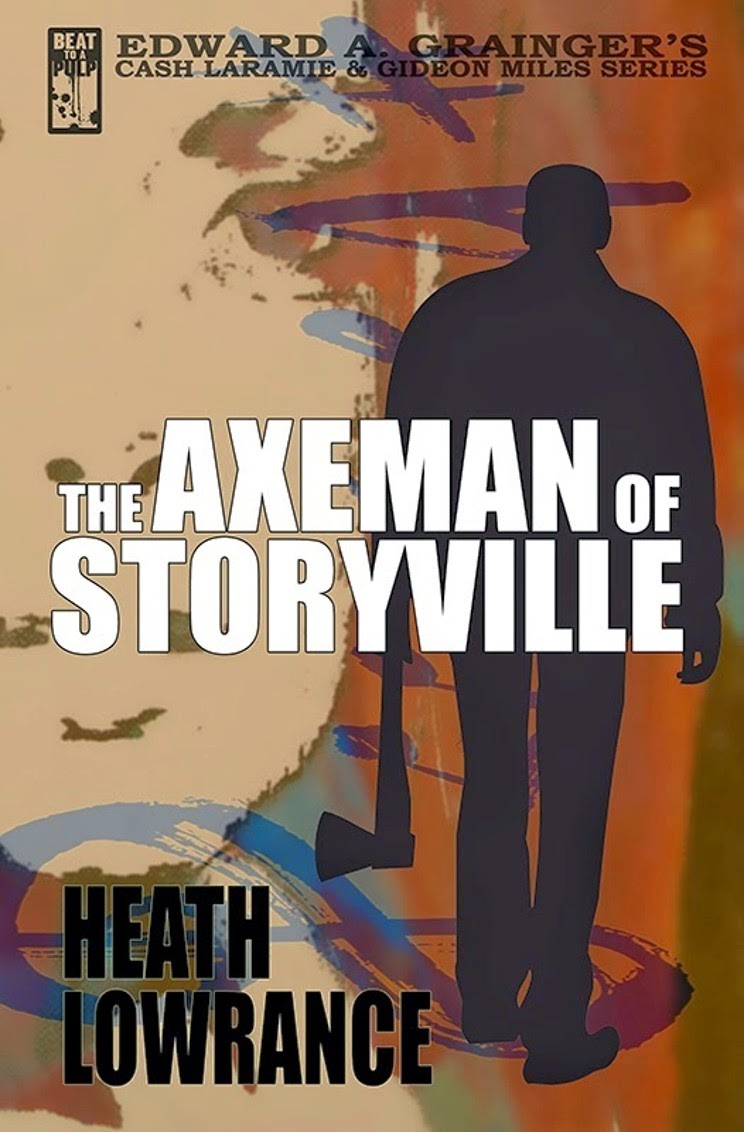 Gideon Miles is back in THE AXEMAN OF STORYVILLE, but he's not a deputy U.S. marshal in the Old West anymore. It's the early 1920s, and Gideon, now in his sixties, owns a jazz club in New Orleans along with his wife Violet. It's a peaceful, pleasant existence, especially after the action-packed life Gideon has led, but it's about to be disrupted by an axe-wielding serial killer.

Heath Lowrance, who previously authored the Gideon Miles Western novella MILES TO LITTLE RIDGE, does his usual great job with this story, which is more reminiscent of a hardboiled private eye yarn than it is a Western. Gideon isn't a licensed private investigator, of course, but he's pressured to take on the job of tracking down the sinister Axeman of Storyville anyway, his "client" being a powerful member of the Black Hand (the forerunner of the Mafia) who has a finger in most of what goes on in the French Quarter.

Lowrance captures the setting and the time period quite well, and despite Gideon's age he's still a tough, likable protagonist. The supporting cast is excellent, especially Gideon's young assistant, and the plot moves along at a fast pace. There's one late twist I didn't expect, and that's always a good thing. Overall, THE AXEMAN OF STORYVILLE is a really entertaining tale, and if you've read the previous entries in the Cash Laramie/Gideon Miles series, you'll certainly want to read this one. If you're a fan of hardboiled crime fiction you should check it out, too, even if you haven't read the earlier entries. I had a great time reading it.

Sounds great. Just ordered my copy. Thanks for bringing work like this to our attention!