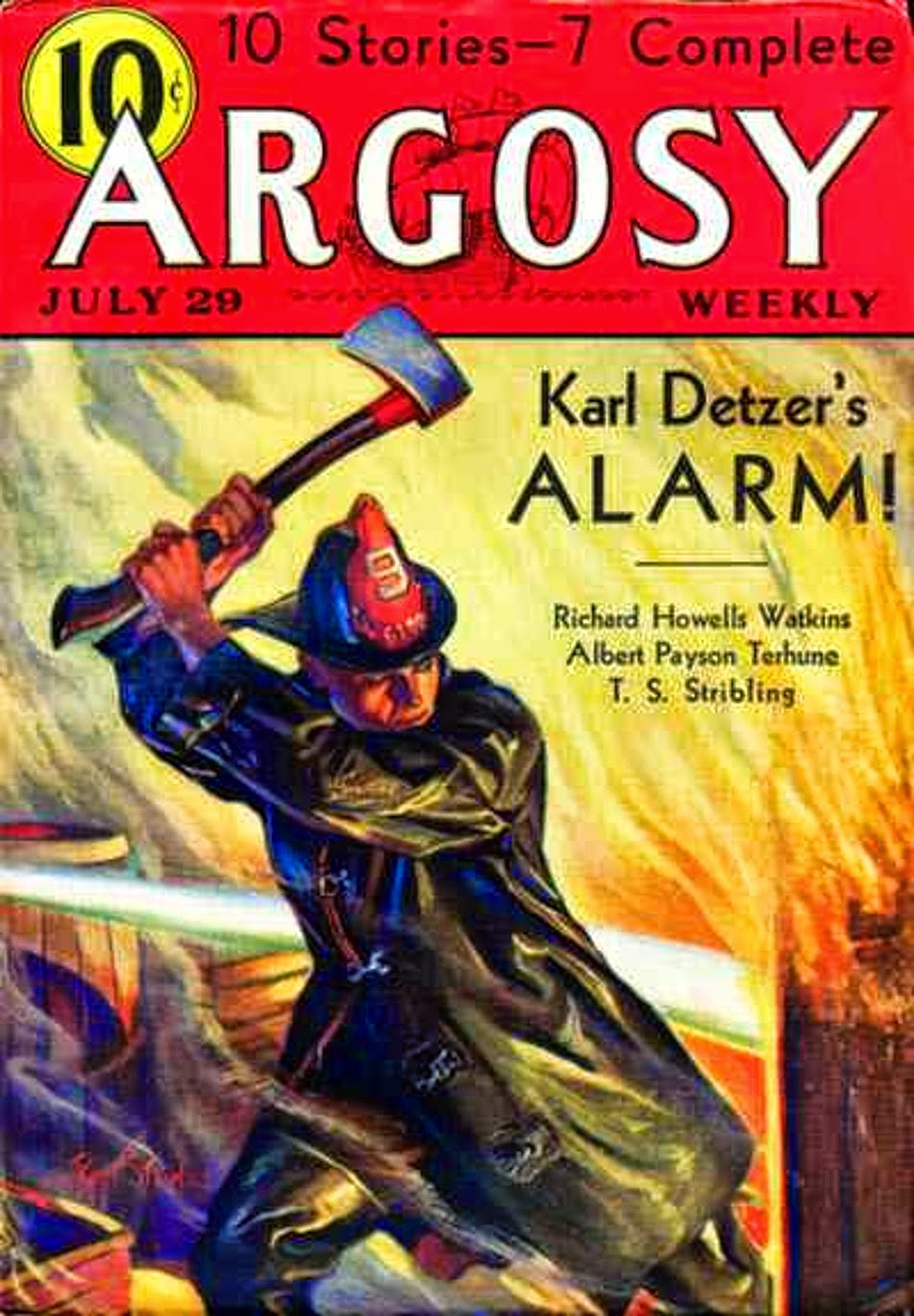 I always associate Karl Detzer's name with firefighter stories. He wrote a variety of other things, but I guess I've seen enough of these "burning building" ARGOSY covers featuring his serials to create that impression in my mind. Sadly, I don't think I've actually ever read any of them, so I'll leave it to someone else to assess his work. This looks like a good issue, though, with stories by Cliff Farrell, Charles Alden Seltzer, Albert Payson Terhune, T.S. Stribling, and Richard Howells Watkins in addition to the serial installment by Detzer.
Posted by James Reasoner at 6:30 AM

Close to 20 years ago I was planning to attend my first pulp convention, PulpCon in Dayton, OH when it was at the U Dayton campus.

I had mentioned this on the pulp newsgroup, alt.pulp. A fan who could not attend asked me to buy two specific issues of Argosy for the Detzer serial sections.

When the show opened the first thing I did was buy those two magazines. (The first dealer I came to had 6 or 8 long boxes of Argosy and there they were. Ir was like buying fruit at a market.) I spent the rest of the first day buying fanzines and paperback pulp hero reprints.

That evening I read the two Detzer serial sections and liked the stories. The next day I started buying issues of Argosy with Detzer stories for myself.

Karl Detzer wrote railroad stories also. It's amazing the different types of fiction you could find in the general fiction pulps like ARGOSY, BLUEBOOK, SHORT STORIES, ADVENTURE, THE POPULAR MAGAZINE.

Sounds like I need to read some of Detzer's work! I know I have some issues of ARGOSY with his stories in them.