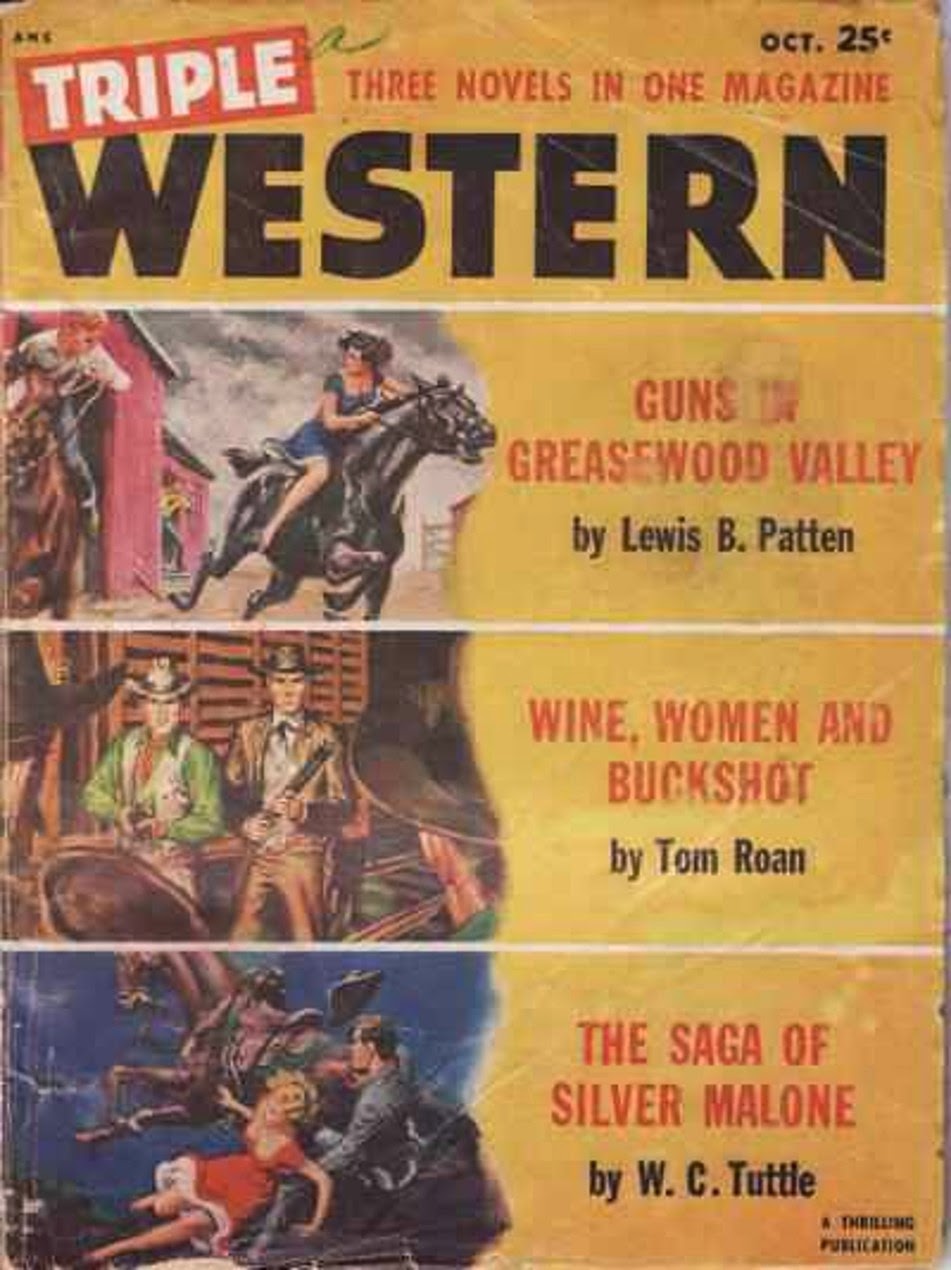 I really enjoy novella-length stories, and these look like three good ones by popular Western pulp authors, two of whom happen to be favorites of mine: Lewis B. Patten and W.C. Tuttle. I like what I've read of Tom Roan's work for the most part, I just haven't read that much by him yet. I like the title of his yarn in this issue, though: "Wine, Women, and Buckshot". The Tuttle story sounds pretty intriguing, too.
Posted by James Reasoner at 6:30 AM

I'm a little leery of late Tuttle, but that does look like a promising issue.

I'm with Todd about late Tuttle. I consider Tuttle's best work to be in the 1920's. That's not to say that his work in the 1930's and 1940's is poor but the earlier work definitely is fresh and well done.

I agree, Tuttle's best work is from the Twenties, with a steady decline (but still readable) through the Thirties and Forties. I've read some of his humorous baseball stories from the Fifties that I didn't like much at all. A lot of his late novels from Avalon are actually reprints of much earlier stories.

There are some interesting names on the non-fiction in this issue: Echols as well as Leslie Ernenwein and the pseudonymous Sam Brant, along with a short story by "Richmond Roe", who I assume is really Roe Richmond.

Concerning Tuttle and baseball, he was the president of the Pacific Coast League, 1935-1943. Many great major league players came from this league, including Joe DiMaggio.

Yes, and that gave him good background for his baseball stories. The comedy in them was just a little too broad for my tastes. And this coming from a guy who enjoys Tuttle's Tombstone and Speedy stories, which are about as broad as you can get!