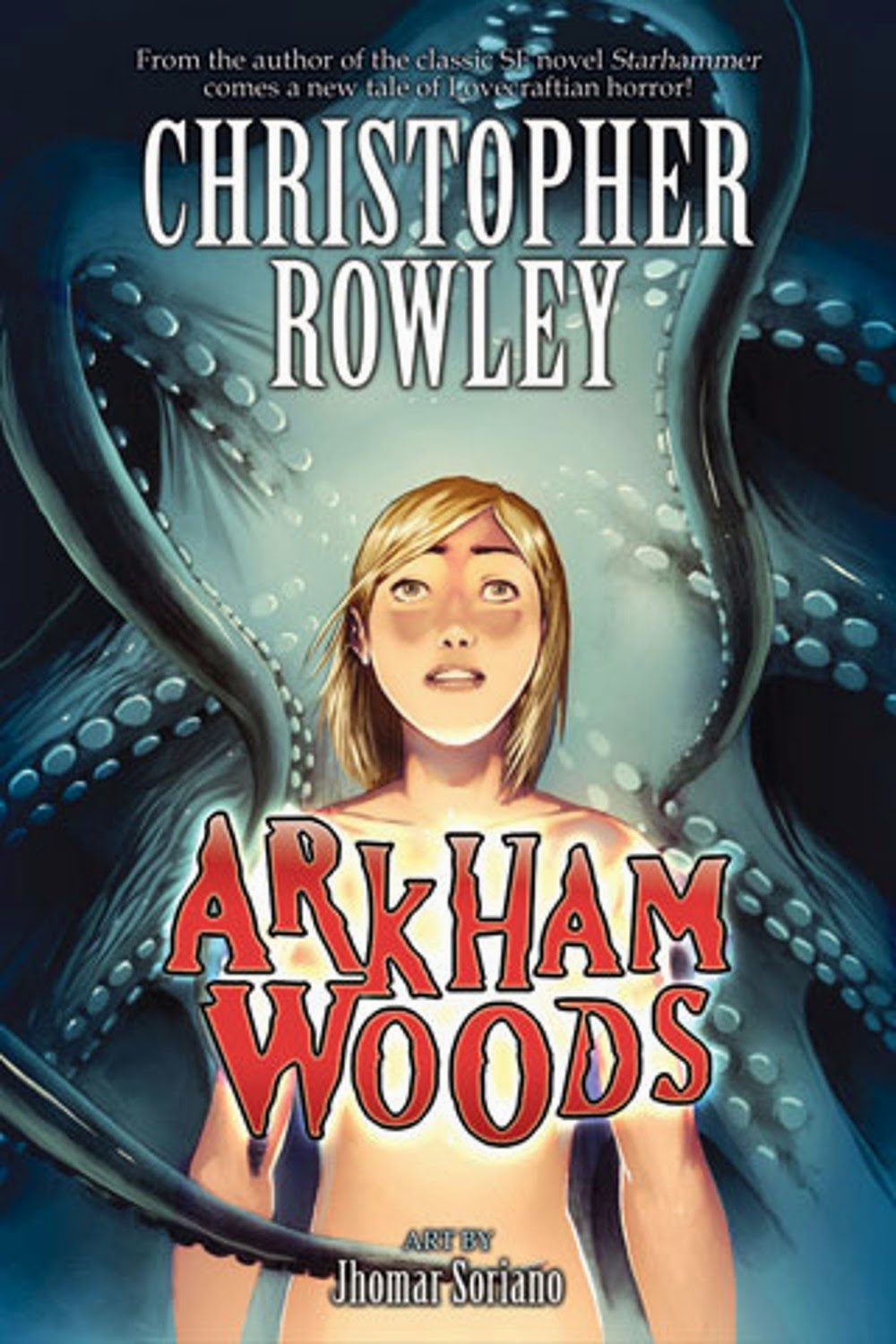 Let me start out by saying that I'm not overly fond of the manga format, especially for graphic novels that weren't published in Japan to start with. Doing a story that way strikes me as being almost as pretentious as not using quotation marks in fiction.

That said, I can get used to it once I start reading, and as a result, ARKHAM WOODS turns out to be fairly entertaining.

This graphic novel was written by Christopher Rowley, the author of a number of well-regarded science fiction and fantasy novels (none of which I've read, although I remember seeing some of them), and drawn by Jhomar Soriano, a Filipino artist with whom I'm not familiar at all. As you'd probably suspect from the title, this is straight-out Lovecraftian horror. Teenage Kirsti Rivers moves with her artist mother from L.A. to the creepy New England town of Arkham Woods, where Kirsti's mother plans to sell the even creepier old house she's inherited. Kirsti makes a few friends, outcasts like herself, and when they discover that there's a mysterious pattern etched into the floor of the house's basement, you can probably guess as well as I did what they're going to do about it. That's right, they poke around until they start a chain of events in motion that's not going to end well.

Despite the maybe a little too familiar plot, the characters are likable for the most part and the story moves along at a nice pace. Also, this may well be the only graphic novel where a tentacled monster drives a bulldozer, and you've got to like that. I don't see any reason why ARKHAM WOODS couldn't have been done in a traditional format, but you can just chalk that up to my curmudgeonly nature, I suppose. That didn't keep me from enjoying it.

That cover is a little eyebrow-raising, but I imagine that was intentional.