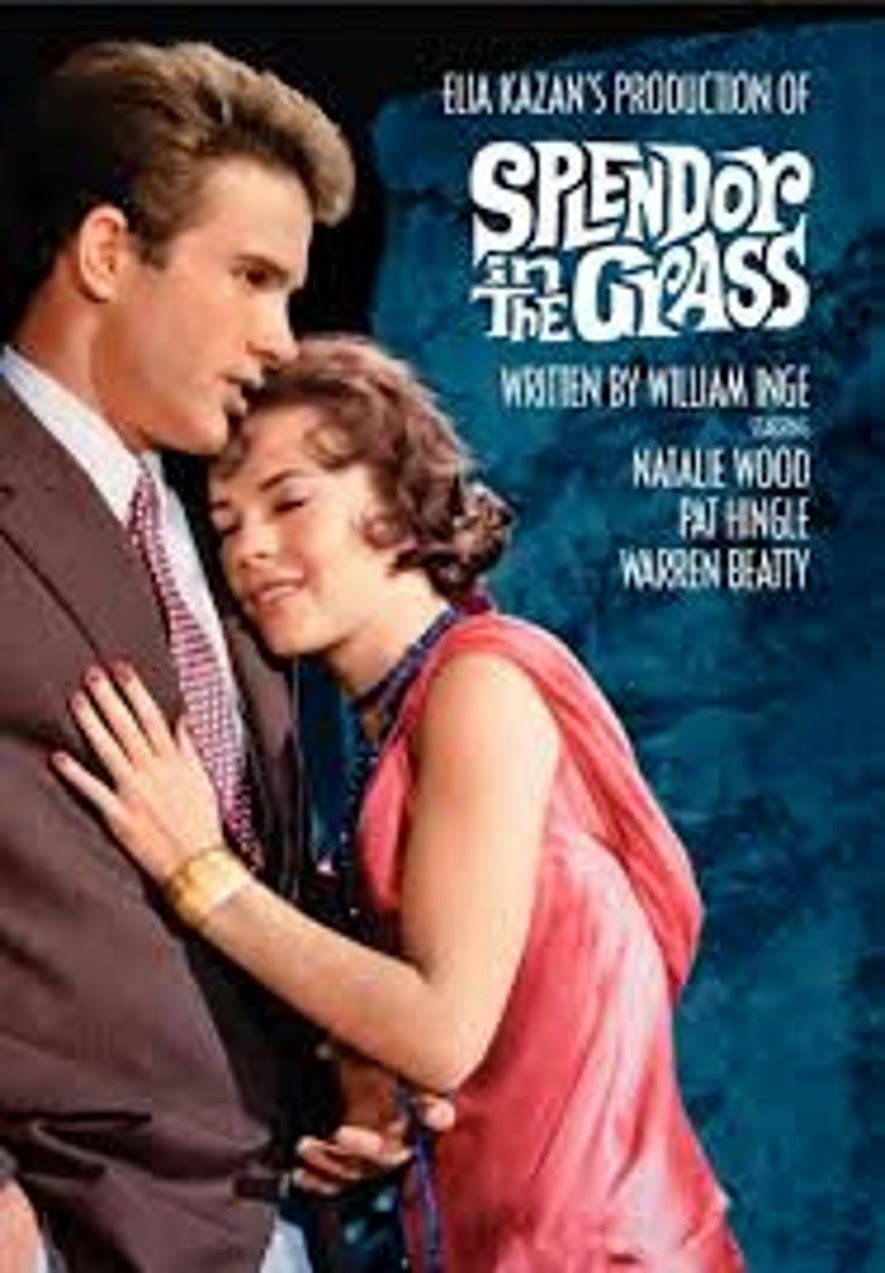 (This post originally appeared in slightly different form on August 25, 2010.)

When we started to watch this one, I commented that I’d never seen it before, and Livia asked, “How could you have missed it? It was on TV all the time when we were kids.”

Well, that’s true enough, but when I was a kid, I watched Westerns, comedies, Tarzan movies, war movies, monster movies . . . You get the idea. I wouldn’t have had much interest in a romantic drama about dysfunctional families and teenage lust, angst, and madness in 1928 Kansas.

Now, of course, I was able to watch it with considerable interest. It’s the kind of movie they just don’t make anymore. Yes, it’s a little hammy at times. Pat Hingle, as an oil wildcatter who’s struck it rich, chews the scenery shamelessly, but character actors like that could really make it work, and Hingle does here. Mostly, though, the movie belongs to Warren Beatty (in his film debut) as the rich boy in love with the butcher’s daughter, played by Natalie Wood. I’m not sure there’s ever been a movie star as pretty as Natalie Wood, and she’s beautiful here, as always, and turns in a pretty good performance, too.

If you haven’t seen it before, most of the plot won’t really surprise you. Let’s see, it’s 1928 when the movie opens, and people are talking about getting rich off their stocks . . . hmm, I wonder what’s going to happen. However, the way the movie plays out does eventually take some unexpected turns. I was a little disappointed that some of the vital action takes place off-screen and is referred to rather casually by some of the characters, but other than that the story is pretty solid. William Inge, the playwright who did the screenplay, has a cameo as a minister. Always good to see a writer get some screen time.

I don’t think SPLENDOR IN THE GRASS is a great film, but I enjoyed watching it.
Posted by James Reasoner at 5:30 AM

It's a favorite of mine. We don't make melodrama anymore but it had its assets.

Natalie Wood was as beautiful as they come. I's watch her in anything.

When I think of the film, it's only the unwed pregnancy element that I remember, which made me want to kick Beatty in the @#$% and say "You bastard."

It was indeed Beatty's first movie but he'd been on television before that, including a stint on The Many Loves of Dobie Gillis.