The lone new print book this week is TOUGH AS NAILS, the huge, beautiful collection of all of Frederick Nebel's Donahue stories from BLACK MASK. This is the usual top-notch job from Altus Press. Nebel was one of the best hardboiled writers in the pulps, and the current revival of interest in his work, and the reprinting of much of it, is a very welcome development. 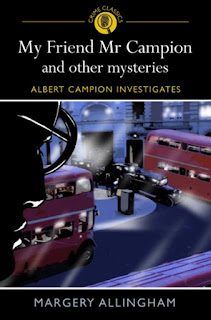 I've picked up a few used books as well. MY FRIEND MR. CAMPION AND OTHER MYSTERIES by Margery Allingham is a collection of an essay, four short stories, and a novella, all featuring Allingham's long-running amateur sleuth Albert Campion. When I was reading a lot of British mysteries during junior high and high school, I read several of Allingham's novels and recall liking them, but I haven't gone back to her work since then. 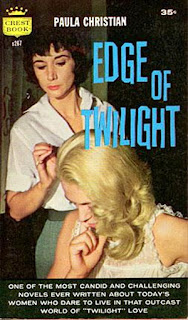 THIS SIDE OF LOVE and EDGE OF TWILIGHT by Paula Christian are a couple of lesbian novels originally published by Avon and Crest, respectively, but reprinted in a double volume by Belmont, the edition I bought. I don't have any real interest in lesbian novels except as a sub-genre of late 50s erotica, but this one was cheap, only a couple of bucks.
Then we have another double edition from a descendant of the same publisher, only a Western this time, a couple of books from the Buckskin series, BLAZING SIX-GUNS and SIX-GUN KILL. The first is by Chet Cunningham writing under the Kit Dalton house-name. I don't know who wrote SIX-GUN KILL, but just looking at it, it doesn't seem to be Cunningham's work. I picked up three Buckskin Giant editions as well, GUNSLINGER'S SCALP and BOUNTY HUNTER'S MOON (both by Cunningham) and THE BUCKSKIN BREED (by Dean McElwain). 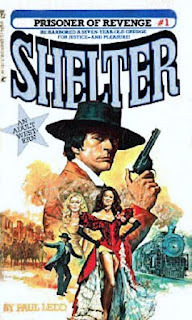 Finally, six books in the Shelter series by Paul Ledd (the consistently good author Paul Joseph Lederer): #1 PRISONER OF REVENGE (which I've read before), #3 CHAIN GANG KILL, #4 CHINA DOLL, #5 THE LAZARUS GUNS (I like that title), and #6 CIRCUS OF DEATH (ditto). These were packaged together and the completist in me wishes #2 had been with them, but I've read it, too. Haven't read any of the others, though. The only other Shelter books I've read are the last few in the series, which were written by Bob Randisi. 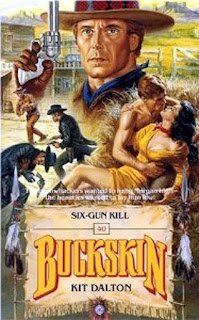 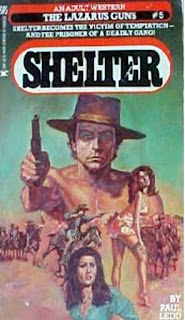 I was so impressed by TOUGH AS NAILS that I reviewed it for MYSTERY File. The link is http://mysteryfile.com/blog/?p=17229

Half Price Books must've gotten a big consignment of the Allingham book - I got a copy at the Bedford store this weekend. (I'm just guessing that you got yours at the West Fort Worth store.)

Yep, that's where the Allingham book came from. They had a big stack of them, too.

Now you've got me wanting to read another Shelter book...oh for more hours in the day! :-)

Shelter is a series I used to read and enjoy when they were first published, and then I was asked to finish out the series with #'s 31, 32 & 33.