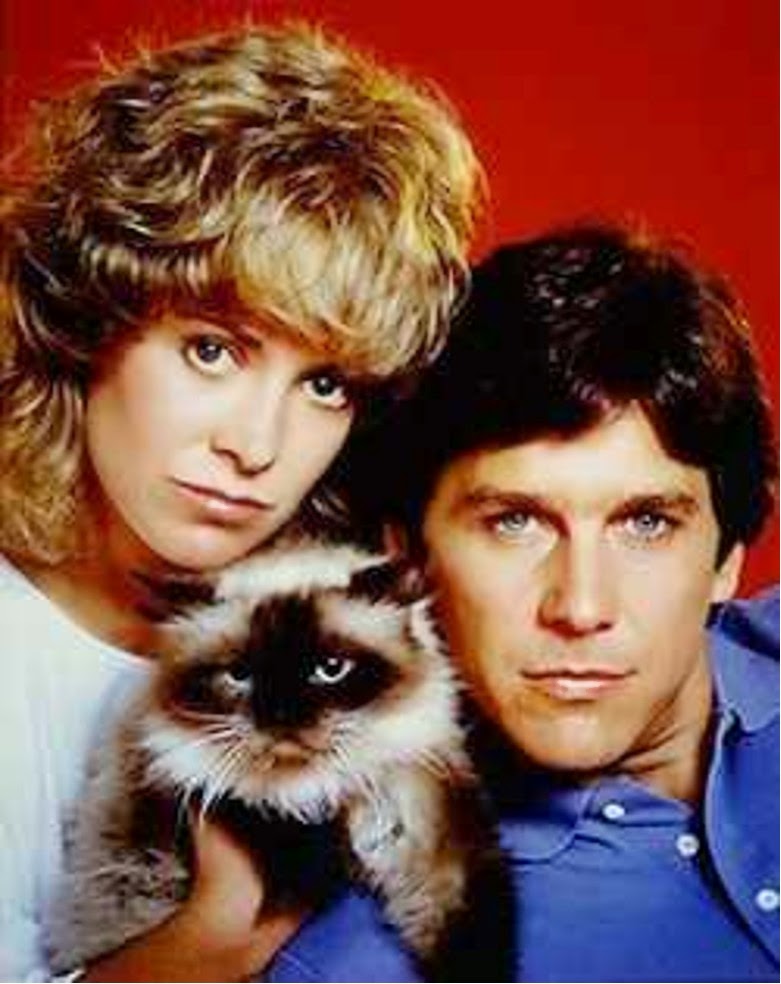 This oddball private eye series ran for only 12 episodes more than 30 years ago, but I remember it. Does that say something about it, or me? Who knows? But I recall it as being pretty entertaining. While the plots were standard private eye fare about husband-and-wife PIs, the gimmick was that the wife was also a witch. Like if Darrin Stevens gave up advertising, got his PI license, and Samantha came in on the agency with him. The cast was pretty good: Tim Matheson (an actor I've always liked who's currently on HART OF DIXIE) as the husband, Catherine Hicks as the wife (best known as the mom on SEVENTH HEAVEN, I suppose, but to me she was always one of the Faith Coleridges from RYAN'S HOPE), and Barbara Barrie and Alfre Woodard in supporting roles. There are a few episodes on YouTube, but I don't think it was ever released on video or DVD.
Posted by James Reasoner at 6:00 AM

Never saw this but I loved RYAN'S HOPE. And actors from that soap still show up on TV regularly.

RYAN'S HOPE was the first soap I ever watched on a regular basis. It eventually fell apart due to lack of attention to the core characters and Soap Opera Rapid Aging Syndrome, but the first five or six years were great. I'm always glad to see one of the actors from it in something new.

I remember this series very well from when it first came out. You and me, James, sitting in front of our t.v.'s watching the same shows.

Catherine Hicks was also Captain Kirk's love interest in STAR TREK IV when he, Spock, and McCoy travelled back in time to 1986 San Francisco to save the whales . . . and the mother terrorized by the demonic Chucky doll in CHILD'S PLAY. Tim Matheson was "Otter" in ANIMAL HOUSE and played Kurt Russell's brother in the short-lived 1976 western series THE QUEST . . . which I think you mentioned in the blog a while back, James.

Fred, I'd forgotten that Catherine Hicks was in STAR TREK IV. Never saw CHILD'S PLAY, so I didn't know about that one. Matheson's been around practically forever, hasn't he?

If they do a DVD set of this show, I hope that they find and include the original pilot, The Good Witch Of Laurel Canyon.

The main difference between this and the series was the recasting of the two leads:
The husband was a Canadian actor named Art Hindle.
The leading lady was English, by way of Canada: Kim Cattrall.
Nothing wrong at all with Catherine Hicks, you understand - Just in the interests of research and completeness ...

Mike,
I didn't know about that. Thanks for the info. Sounds like that pilot would be worth watching.

Catherine Hicks will always be remembered by me for her role in Star Trek "The Voyage Home" the 4th Star Trek movie and my personal favorite.