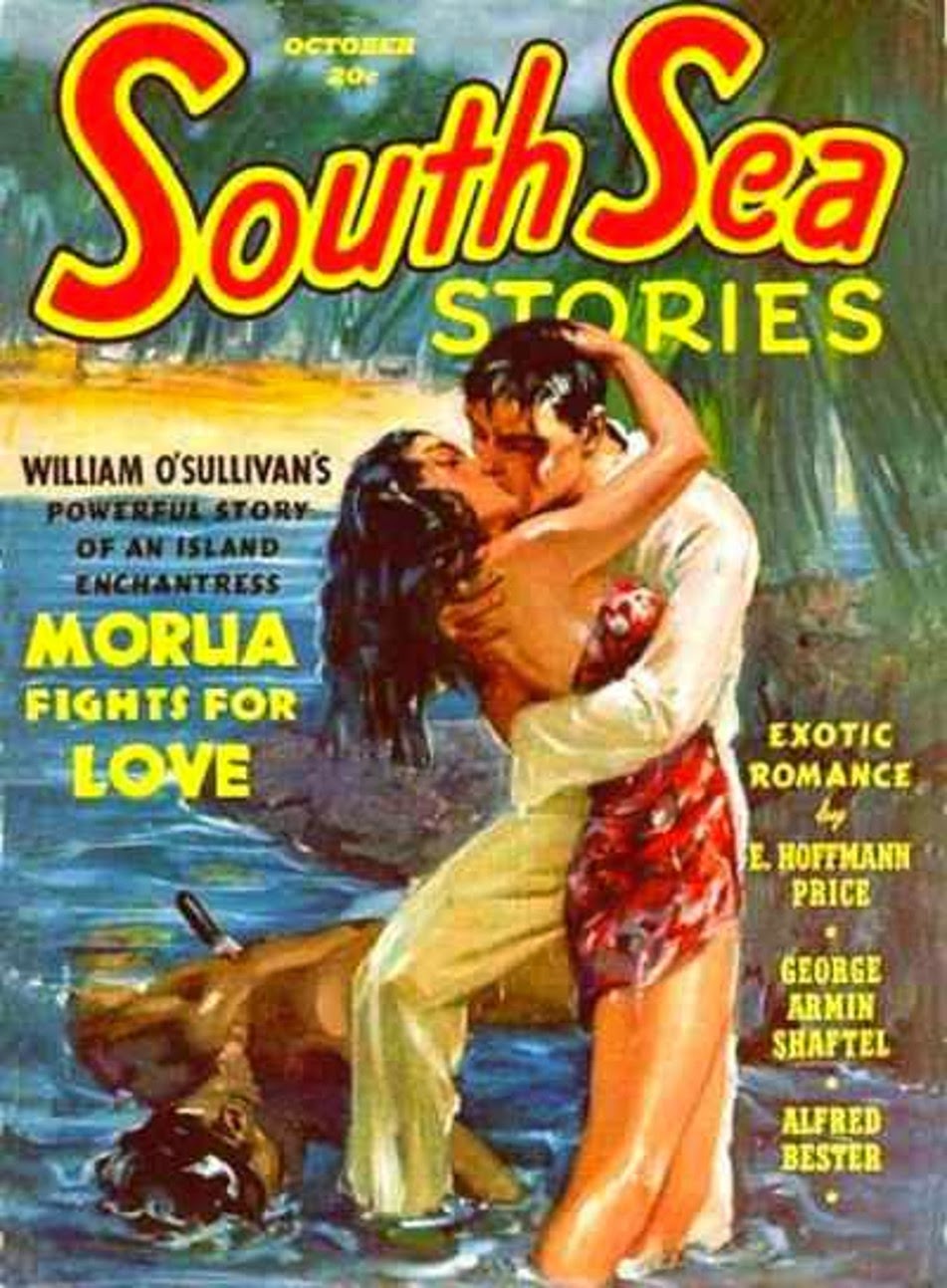 Looks almost like a romance pulp, doesn't it . . . until you notice the dead body floating face-down beside them. Ah, there's always trouble in paradise, I suppose. And yes, that's none other than the famous science fiction writer Alfred Bester whose story "Treachery on Camoia" appears in this issue, along with yarns by E. Hoffmann Price, George Armin Shaftel, William O'Sullivan, and Alexander Blade his own self. (There's a part of me that wishes I had written something as "Alexander Blade".) SOUTH SEA STORIES lasted only a handful of issues, but it appears to have been pretty good reading.
Posted by James Reasoner at 6:30 AM

This was the last issue of this title. And Alexander blade was a pseudonym used by a lot of writers that had yarns published in Ziff-Davis magazines. Difficult to learn just who was behind the mask as it were here. I do know that Edmond Hamilton used this pseudonym in the Ziff-Davis mags. For some reason Hamilton used this name outside in magazines like Imagination and Imaginative Tales.

Barry, MADGE and possibly IT were initially Ray Palmer projects, and William Hamling, who inherited them for most of their run, was a Palmer associate...so a few of the old Ziff-Davis Chicago crowd, not least Robert Bloch, and their pseuds came along to the new mags...I was Alexander Blade in one latter-day instance, and amused myself enormously thus...and happy anniversary!

And ZD and Howard Browne tried again in digest form with TALES OF THE SEA...but no dice...if they had revived MAMMOTH MYSTERY, Browne would've been ahappier camper...