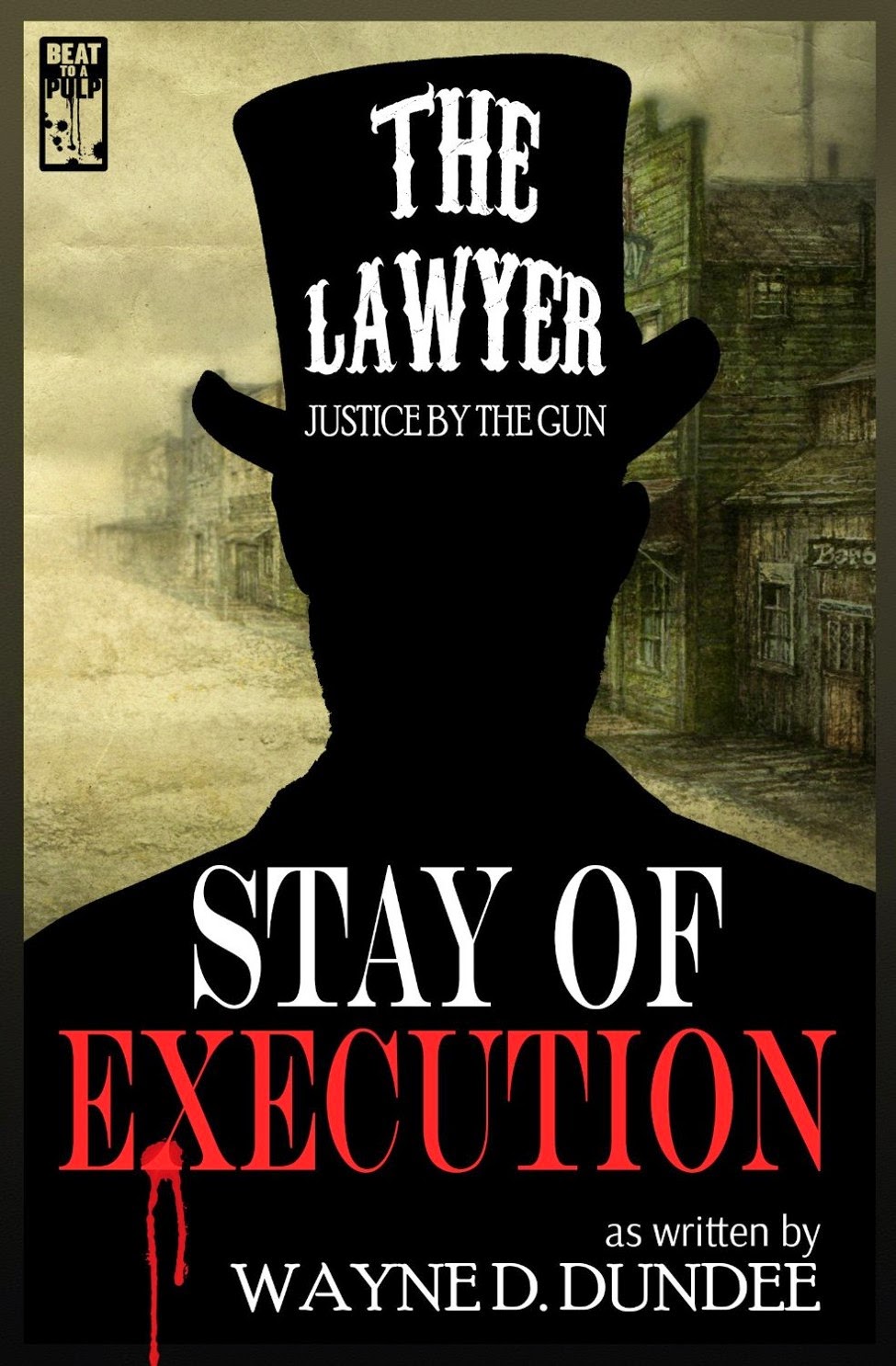 J.D. Miller was a practicing attorney in Louisiana, a good man with a wife and children. Then a mob raped and murdered his wife and killed his children, and Miller was transformed into a relentless gunman seeking vengeance on those who stole everything from him. Going by the name Smith and sporting a distinctive top hat, he was soon known as The Lawyer as he cut a bloody swath through the Old West.

The Lawyer made his debut in a short story of the same name by Edward A. Grainger, also known as David Cranmer, the publisher of Beat to a Pulp. That story (which is also included in this volume) featured Grainger's best known character, Deputy U.S. Marshal Cash Laramie. But The Lawyer proved to be compelling enough to merit his own series. The first entry, STAY OF EXECUTION, is by Wayne D. Dundee, one of the most prolific and acclaimed Western authors around these days.

This fast-moving yarn finds The Lawyer still on the trail of one of the men responsible for the tragedy that made him who he is, but he's sidetracked by the dilemma of a wounded farmer and the man's very pregnant wife. The farmer was shot by the very man The Lawyer is after, but instead of continuing the chase Smith gives in to the part of his humanity that's left and takes the pair to the nearest town for medical attention, where he promptly finds himself up to his gun in more trouble.

As with all of Dundee's work, there's a strong thread of compassion and melancholy in STAY OF EXECUTION, along with plenty of tough, gritty action. The Lawyer is a complex character, and in a genre that's full of vengeance-seeking protagonists, Dundee makes him fresh and interesting enough that I'm eager to read more about him. I hope this is just the first of many installments in the series. If you enjoy well-written hardboiled Westerns, it gets a strong recommendation from me.

Agree that Wayne has a fresh approach to Western storytelling and deserves the acclaim he's receiving. And thank you, James, for spotlighting our newest endeavor.

Another I need to read.

Just ordered it. Sounds like a lot of fun!

Wasn't one of the complaints that set off gamergate about the frequency of rape figuring into the story's scenario? Do we really need another vigilante whose is set off because his wife was killed AND raped. Wouldn't killing her be enough. And why not a vigilante whose motivation is doing the Lord's work by killing miscreants?