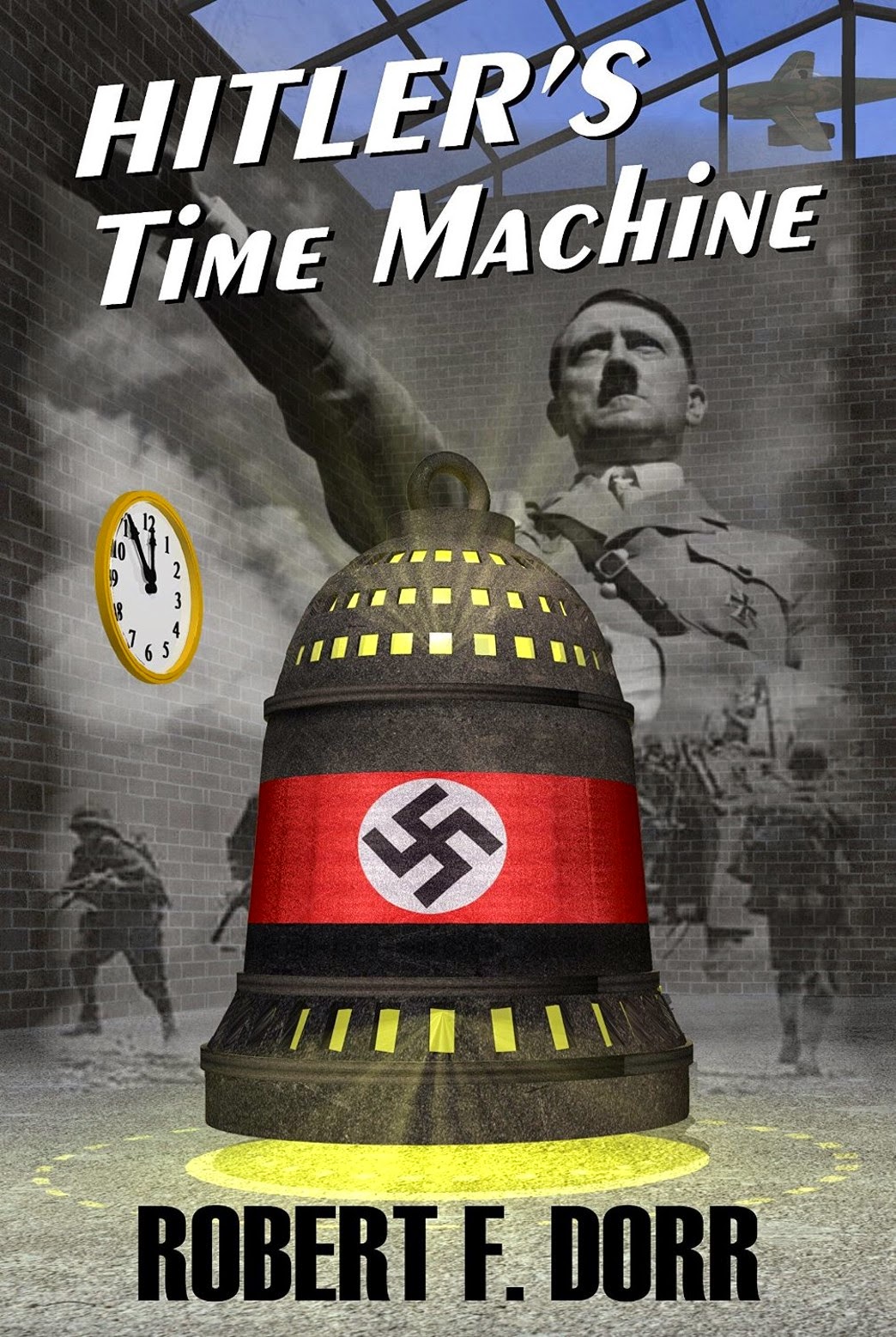 Robert F. Dorr is one of the leading military historians in the business and the author of numerous volumes of non-fiction. I'm particularly fond of HELL HAWKS, an excellent account of the air war in Europe during World War II. Before that he wrote scores of stories for the men's adventure magazines, often but not always with military themes.

So it's not surprising that Dorr's first full-length novel also has the Second World War as its backdrop, but I might not have predicted that it would also be science fiction. HITLER'S TIME MACHINE is part of the sub-genre known as Alternate History. Actually, it fits even better into what I think of as Secret History. Dorr doesn't actually alter historical events so much as tell us the truth about what was really going on.

What you didn't know is that during the war, American and German scientists were in a deadly race to see which side could develop a working time machine and turn it into a weapon first. Along the way there are journeys into the past, assassination attempts on famous historical figures, miscalculations that result in unintended consequences (the so-called Philadelphia Experiment), and commando raids that change the course of the war.

As always, Dorr's research is impeccable. Many of the events in this novel actually happened; Dorr just gives them a different spin than what we're used to. His characters are a mix of fictional and historical, and he does a fine job making us care about them, especially Barbara Stafford, the young scientist who heads up the American time travel project. The action scenes are excellent, and so is the speculation about the nature of time travel and its effect on history. Like Chuck Dixon in the Bad Times series, Dorr comes up with some angles that haven't been done to death.

HITLER'S TIME MACHINE manages to be both a fine war novel and a top-notch science fiction yarn. If you're a fan of either, I highly recommend that you check it out.

I just want to say that I am reading this book, almost at the end, certainly worth reading for any sci fi fans or WW2 fans. Like you say, it has interesting takes on real events and has a it-could-have-really-happened feel to it. Who knows if the things in the novel happened? Very believable. And great comment on the modern day in the novel when a time traveller ends up in 2015.