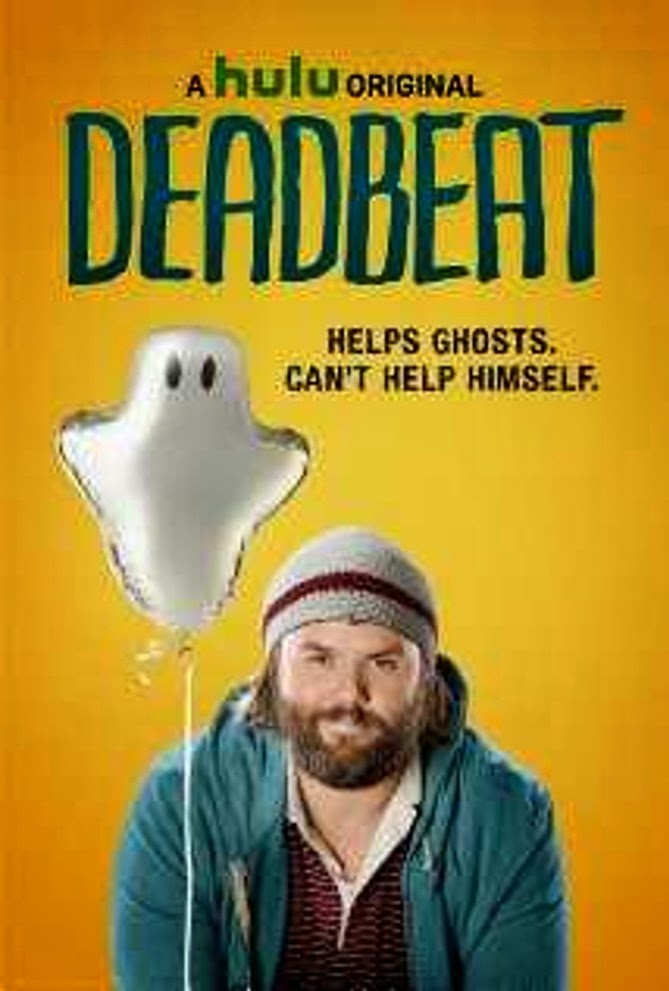 DEADBEAT is a series I'd never heard of until we came across it in the store one day. Evidently it was made as an original series for Hulu. But it stars Tyler Labine, a character actor we like who's usually a supporting player. This is the first time I can recall him playing the lead in anything, but I'm probably wrong about that.

At any rate, in DEADBEAT he plays the same sort of stoned slacker he usually does, but in this case he's an aspiring medium who can see and talk to ghosts and helps them conclude whatever unfinished business they have so they can move on. He also works at a newsstand that's owned by his best friend, who's also his marijuana dealer. There's a beautiful celebrity psychic Labine's character has a crush on starting out, but eventually she becomes his arch-nemesis.

This is one of those oddball series that never quite comes together as far as I'm concerned. I kept feeling that it should be better than it really is. However, most of the episodes do have some funny lines or bits of business (the one with the ghost of Rube Goldberg is probably the best episode), and the stories are surprisingly touching at times. There's enough good stuff here that I'm glad we watched it, and if you don't go into it expecting too much, you might be entertained by it as we were. I don't know if there's going to be a second season, but if there is, I'll watch it.