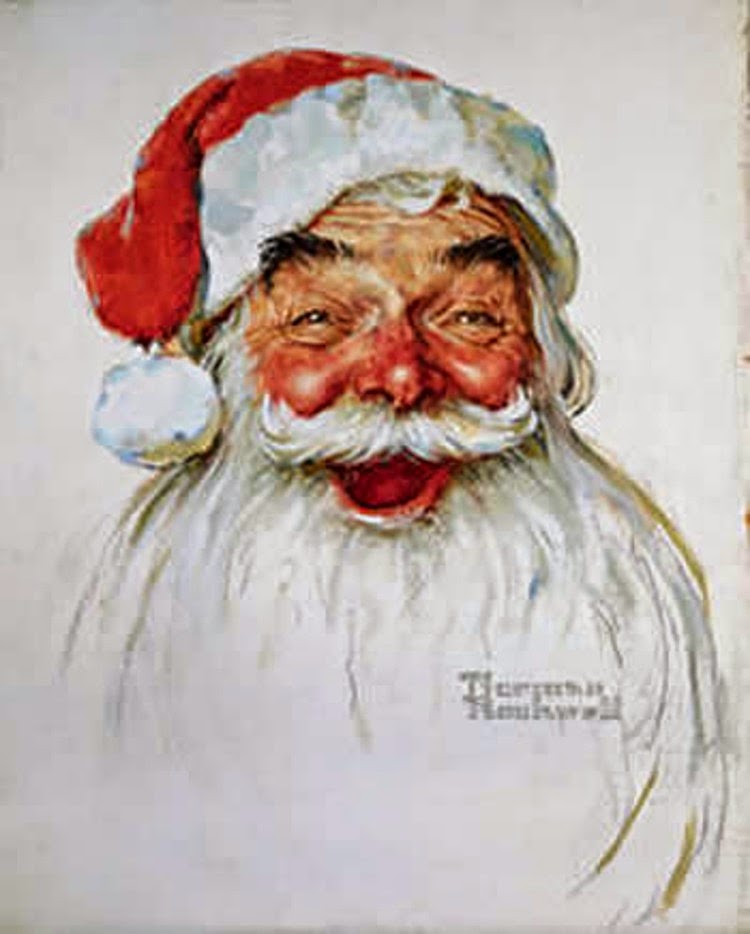 When I was a kid, I was, to put it mildly, a handful. As my father, may his truly generous soul rest in peace, once said, "Well, you never let things get too boring when you were a kid." I remember an evening one Christmas season when I was six or seven years old when my sister and her boyfriend were about to go somewhere and I wanted to go along, but I couldn't go with them for some reason. (Those details are fuzzy in my memory.) When they started out the walk in front of our house and my mother told me I wasn't going with them, I reacted in my usual fashion: I burst out the front door and chased after them, yelling and pitching a fit. But then what did I hear?

I stopped in my tracks, looked over, and saw Santa Claus standing in our front yard, red suit, white beard, and all.

Terrified that my tantrum had put all my presents at risk, I could only stand there as Santa approached me and asked what was wrong. I stumbled over an explanation and then finally just threw myself on the big man's mercy, saying I was sorry and promising that I'd never do it again. He let me off the hook, told me to be a good boy, and said I should go back inside. Which is exactly what I did, as fast as I could. You can bet I behaved better after that...for a little while, anyway.

Of course there's a little more to the story than that. I found out several years later that "Santa" was actually our next-door neighbor Eddie Morrow, who happened to be coming over to show my parents the Santa suit he was going to wear for some sort of festivities. I inadvertently picked that moment to run outside acting like a brat. I'm not sure how everyone managed to get through the confrontation without breaking up at my horror-stricken little face, but they did.


There's no real moral to this story—other than don't act like a jerk because you never know when you'll run into Santa, I guess—but I've never forgotten that evening. So now I'll just wish all of you the very merriest of Christmases, and to all a good night.
Posted by James Reasoner at 6:00 PM

Email ThisBlogThis!Share to TwitterShare to FacebookShare to Pinterest
Labels: Christmas

What a wonderful memory. Thanks for sharing it with us.

A very memorable story, Mr. Reasoner. Wishing you and your family a Merry Christmas and Happy Holidays!

Yep, that woulda stopped me in my tracks, too. Thanks for the memory and have a Merry Christmas.

Charming story. you, a handful? Surely not! Merry Christmas to you and your family.

Great story, James. May you and yours have a Merry Christmas.