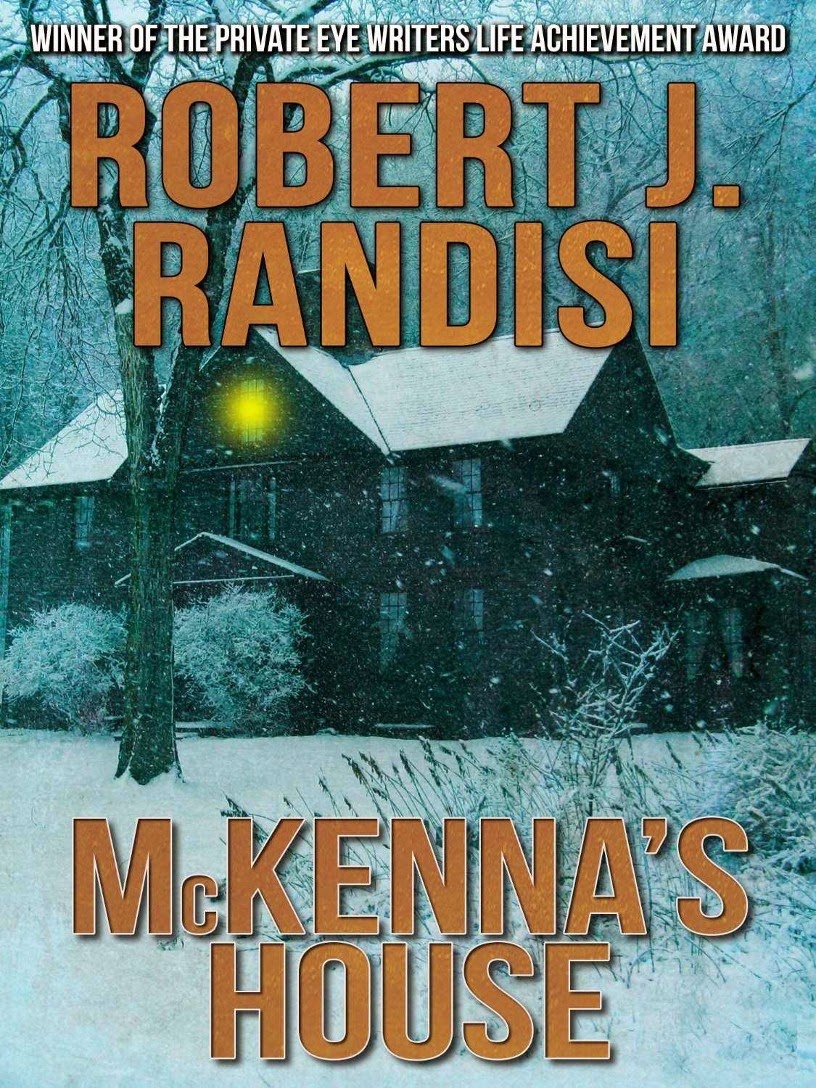 Robert J. Randisi says that as far as he can figure, his new mystery novel McKENNA'S HOUSE is his 620th novel. I know what he means by that. I've written a little more than half that many, and I'm not a hundred per cent certain that my total is correct. It may be off by one or two. But regardless of how many books Bob has written, I know that I haven't read anywhere close to all of them. Maybe a fourth of them, or a third, at the outside. But I am certain of one thing, and this is my long-winded way of getting around to saying it.

Lazarus "Mac" McKenna is a freelance investigator who used to work for an insurance company. He's come back to his childhood home in Omaha to care for his dying father, and after his dad passes away, he stays there, living alone in the house where he grew up. He does the same sort of work he used to do for the insurance company, mostly background checks, working from home on his computer. But every now and then, to break the monotony, he takes on more of a private eye sort of case, such as trying to find out whether or not the CEO of a local company is cheating on his wife. That's what McKenna is doing when he comes across a young woman and a little boy in a bus station. They're broke, hungry, and have nowhere to go...so McKenna surprises both himself and them by taking them home with him.

It's not long after that the case he's working on turns deadly with a brutal murder, and he soon learns that his house guests have a secret that could prove dangerous as well.

Randisi expertly manipulates both strands of this plot, and his writing has never been smoother or faster-paced. Mac McKenna is a great character, neither a wise-cracking supersleuth nor a bitter, angst-ridden loser despite his loneliness and the health issues he's battling. He's just a decent guy trying to do the right thing, and because of that it's easy for the reader to root for him. I don't know if Bob plans to bring McKenna back in another novel, but if he does, I'll definitely read it. For now, McKENNA'S HOUSE is one of the best books I've read this year, and it gets a high recommendation from me.

It looks like this book is only available in electronic form. If there were a print version, I'd buy it immediately. (If I'm wrong, let me know.)

The print version will come a little later. Sorry.