The great Frederick Nebel collection FORBIDDEN RIVER concludes with the simply-titled novella "Gold!", from the May 1931 issue of NORTH-WEST STORIES. This one is something of a departure from the other stories in this volume. It takes place in Alaska during the spring, so there are no shoeshoes or dog teams or frozen rivers. It also has a little more of an epic scope than the others, as mining tycoon Brant Winters takes on a syndicate that wants to move in and take over Brant's mine as well as the town he's founded. The first move made by the villain and his henchmen is to ruin the bank that Brant owns. That launches an explosive series of avalanches, ambushes, and murder that finally leads to a pitched battle for the town. 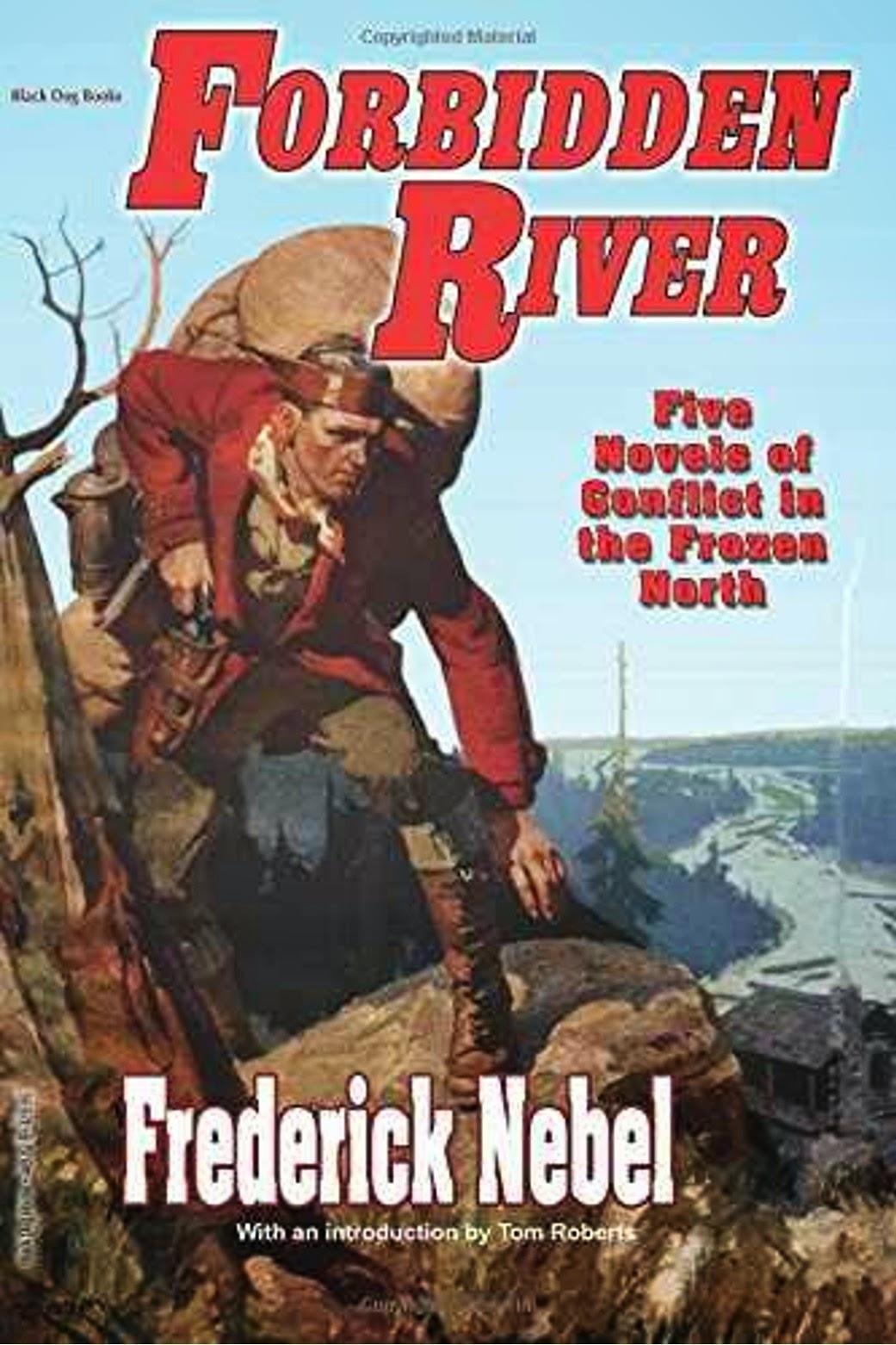 This would have made a great late Forties bigger budget Republic Pictures movie with John Wayne playing Brant and maybe Forrest Tucker as the villainous Dirk Rood. That's really how it came across to me. Nebel piles the troubles on Brant until you don't see how he's possibly going to come out on top (even though you know he will), and there's action galore, a little humor with a sidekick named Banjo (a good part for Gabby Hayes or Fuzzy St. John), a few poignant moments, and only a touch of that mushy stuff. As good as the other stories are—and they're top-notch, no doubt about that—this is probably my favorite.


And FORBIDDEN RIVER is one of the best books I've read this year. If you like pulp adventure fiction at its peak, this collection from Black Dog Books gets my highest recommendation.
Posted by James Reasoner at 6:30 AM