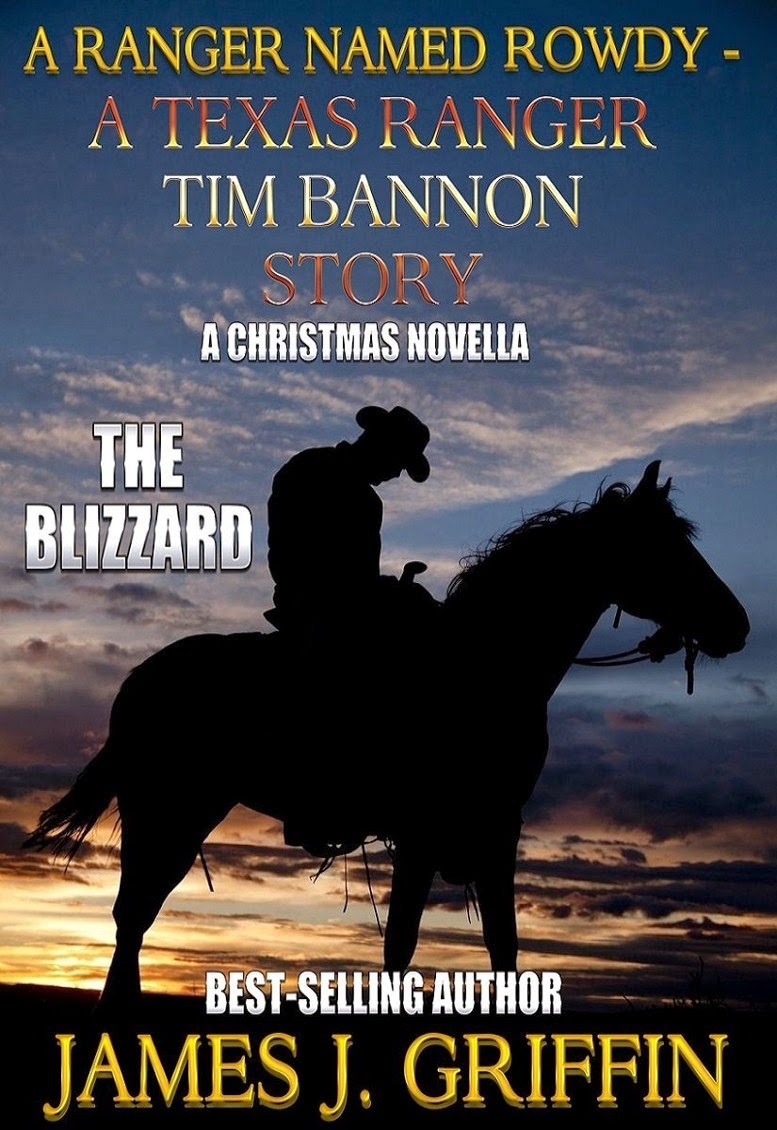 If you're looking for a story that's both a good traditional Western and a fine Christmas yarn, I recommend James J. Griffin's THE BLIZZARD, a short novel that's part of his series A Ranger Named Rowdy.

Rowdy is, in fact, the horse belonging to Texas Ranger Tim Bannon, the actual hero of the series. In this one, Tim and young fellow Ranger Tate Slocum are sent to Sierra Blanca in West Texas to sort out a dispute over water rights between two local ranchers that threatens to break out in a range war. Christmas is closing in fast, and since Tim has had to miss the previous two holidays with his wife and son because of his work, he's determined to settle this conflict and get home in time to spend Christmas Day with his family.

Assorted gun battles and fistfights along the way complicate that effort, though, and then a deadly blizzard sweeps in to threaten not only Tim's plans but also the very existence of a small town.

Nobody writes about the Texas Rangers with more passion and enthusiasm than Griffin, and once again he tells a compelling story in THE BLIZZARD. It makes excellent Christmas week reading.

Thanks, James. I've been internetless for a week, so sorry this thanks is overdue