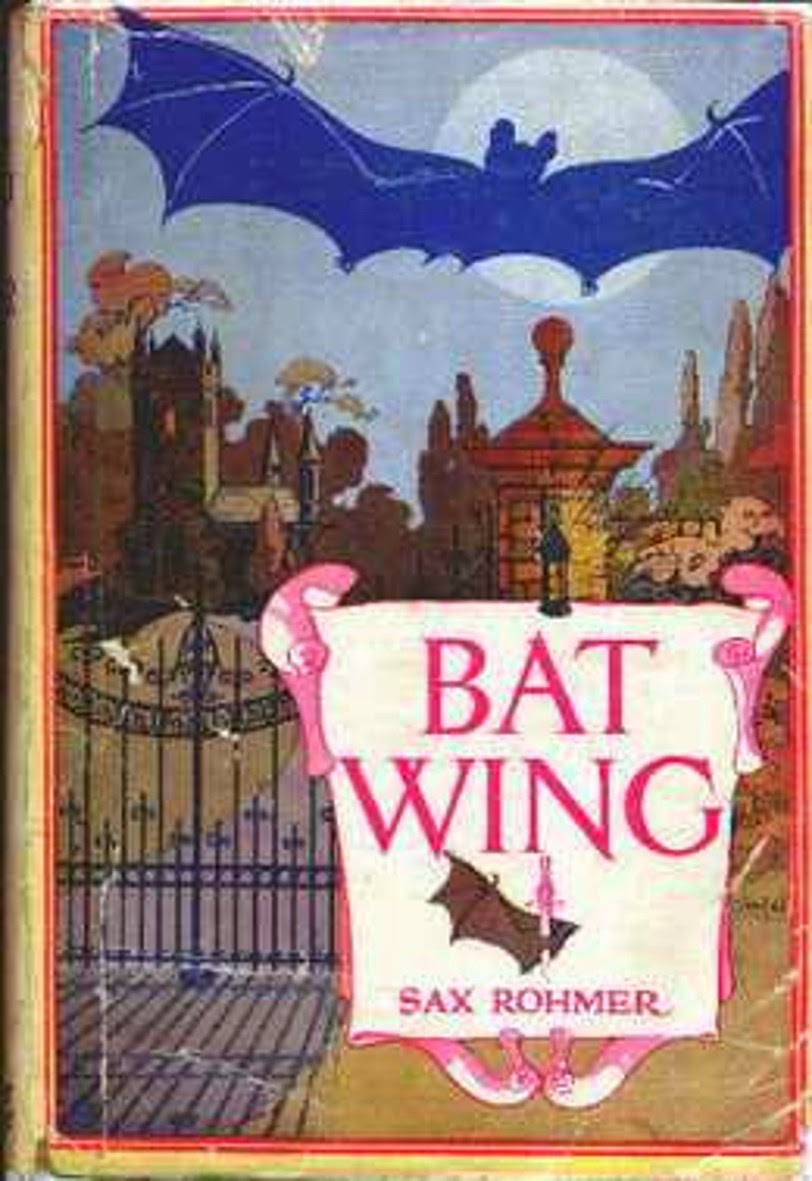 When I was in high school I was a big fan of Sax Rohmer's Fu Manchu novels and read all of them I could get my hands on. That was pretty easy in those days, since Pyramid Books had reprinted almost the entire series in paperback and used copies were plentiful. I think I eventually read all of them. But I don't recall reading anything else by Rohmer, whose real name was Arthur Sarsfield Ward.


Then about ten years ago a friend of mine recommended Rohmer's mystery novel BAT WING and even sent me a copy of it. It features another series character, Paul Harley, a former "diplomatic troubleshooter" for the British government who has retired from that to become a private detective. BAT WING is a British country house mystery, with Harley solving a murder that involves a lot of suspects, but there's a voodoo element to the plot, too, and the book is pretty creepy in places, as I recall. I enjoyed it a lot. 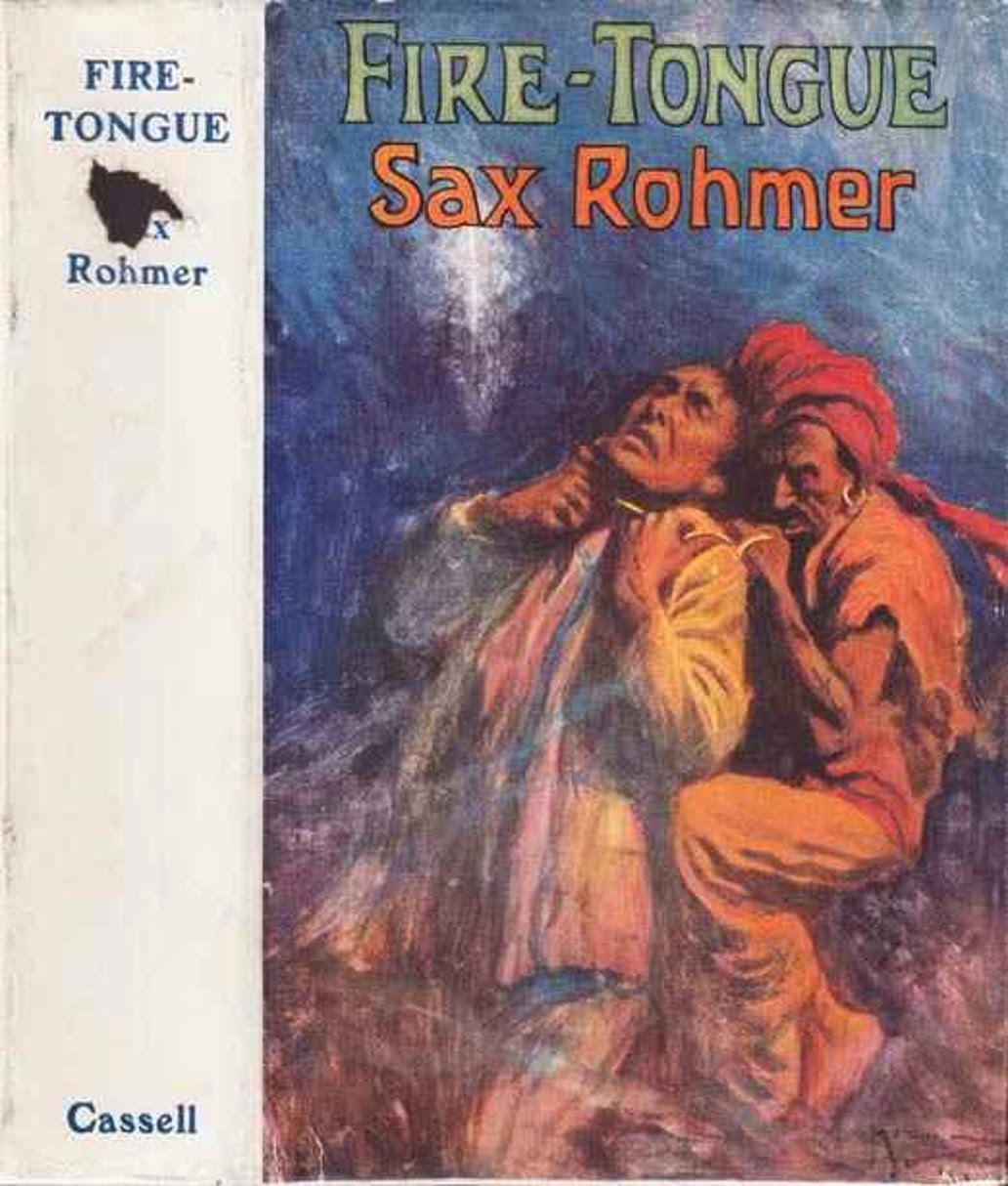 Earlier this year, Stark House reprinted not only BAT WING but also FIRE-TONGUE, the second novel-length case for Paul Harley (he also stars in a number of short stories). I read that one recently and had a great time with it. In FIRE-TONGUE, Harley is consulted by a prominent surgeon, Sir Charles Abingdon, who thinks he's being followed and who had a break-in at his house in which nothing valuable seems to have been stolen. Before Harley can even begin to investigate, Sir Charles dies of what seems to be a heart attack, but not before uttering the mysterious words "Fire-Tongue...Nicol Brinn".

Fire-Tongue doesn't mean anything to Harley, but he knows that Nicol Brinn is an eccentric American millionaire who lives in London and has the hobby of risking his life in far-off places. Convinced that Sir Charles's mysterious death is really murder, Harley dives into the case, of course, which sets off a round of disguises, escapes, and chases. Harley winds up in considerable danger before he unravels the secret of the mysterious criminal mastermind behind the enigmatic name Fire-Tongue.

This novel is more of a thriller than an actual mystery. Modern readers might find the pace a little slow and the writing old-fashioned, but if you can put yourself in the frame of mind of a reader in the 1920s you'll probably find FIRE-TONGUE highly entertaining. I certainly did. The Stark House volume reprinting BAT WING and FIRE-TONGUE also includes an excellent introduction by Gene Christie. I suspect I'll be reading more by Sax Rohmer, if I can find the time.

Like you, I read Sax Rohmer's Fu Manchu series in High School (when I should have been studying geometry). Love those Pyramid paperbacks! I have a copy of Bat Wing/Fire-Tongue in the very nice STARK HOUSE edition. After reading your fine review, I've moved it to the top of the Read Real Soon stack!

I read a Rohmer novel at least once a year. I remember loving the Harley novels when I read them like 40 years ago. Part of the Rohmer approach that I so enjoy is the palpating romance mixed in with the atmospheric suspense. Masterful, inspired hokum.

My god, we all comment about reading Rohmer many decades ago. We're all getting old, and who will read him when we're gone, I wonder?

I've read many but not all of the Fu Manchu novels, and still have some here to get to, but haven't tried any of this series.