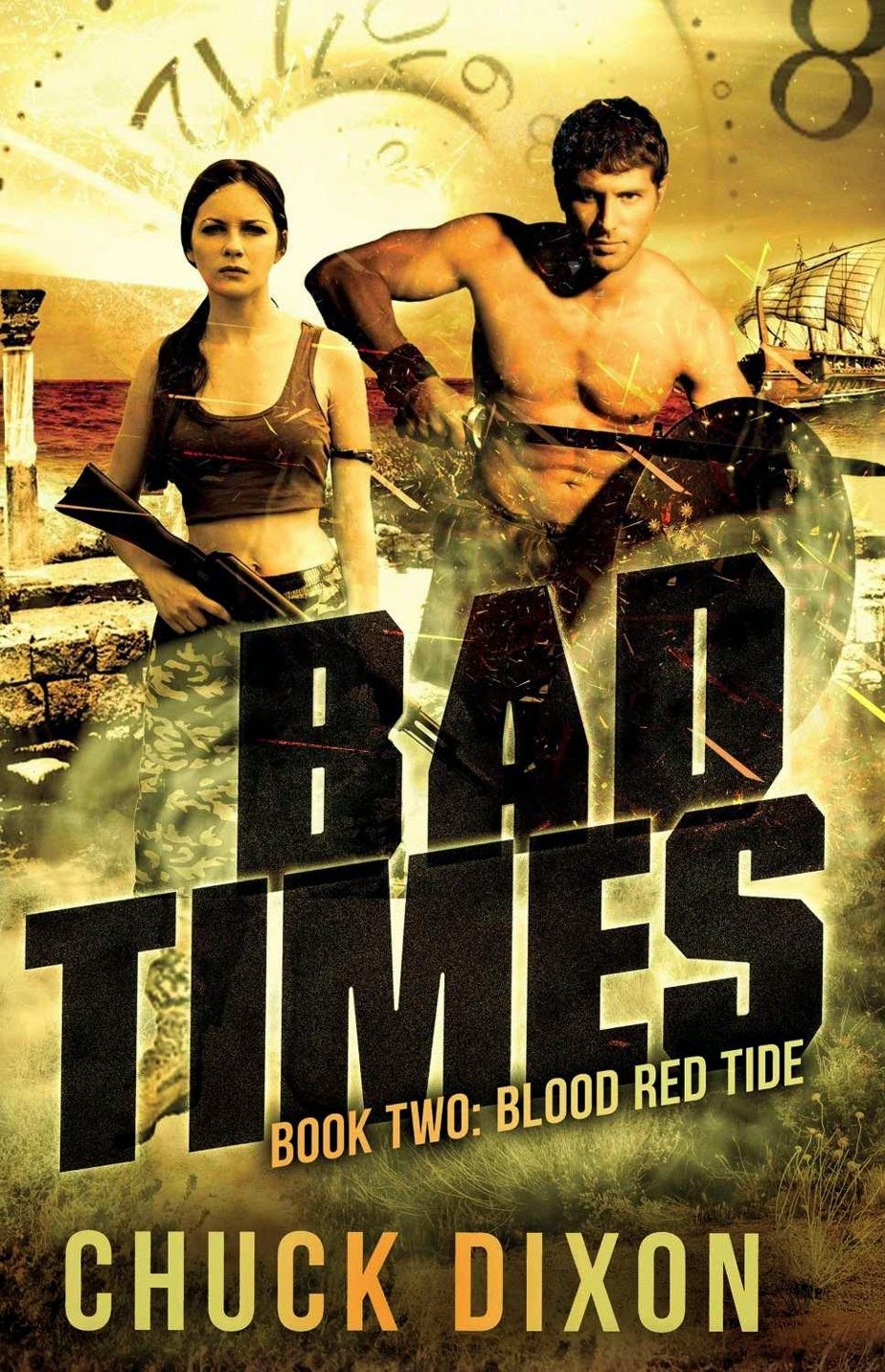 Chuck Dixon's time-traveling former Army Rangers return in BLOOD RED TIDE, the second novel in the Bad Times series. Hiding out from villains left over from the first book, they and their scientist allies plan another trip into the past, this time to recover a fortune buried on an island in the Aegean Sea by Phoenician traders. Naturally, things go wrong, and Dwayne, the leader of the Rangers, and Caroline, the beautiful blond scientist who helped invent the time travel device, find themselves in the middle of a sea battle between the Phoenicians who captured them and a couple of ships from the Carthaginian navy. Meanwhile, back in the present (The Now, as the Rangers call it), the rest of the group is being stalked by at least two groups of mysterious enemies.

BLOOD RED TIDE is a wonderfully fast-paced, very colorful book. The battle scenes set in the past are downright Howardian at times. But while you might expect the action and adventure to be the primary appeal of a novel by Chuck Dixon, I've got to say that the science-fictional premises he's playing with are even more intriguing. He's come up with some new twists in an old genre, blended them with great action scenes, piled mystery upon mystery, and I'm really looking forward to seeing how it all plays out.

CANNIBAL GOLD, the first novel in this series, is one of the best books I've read this year, and BLOOD RED GOLD is a worthy successor. The next one, AVENGING ANGELS, is already out, and I'll be reading it soon, I hope. If you haven't checked out this series already, start at the beginning, as the books benefit from being read in order. They're great fun, and thought-provoking, to boot.

Posted by James Reasoner at 8:15 AM