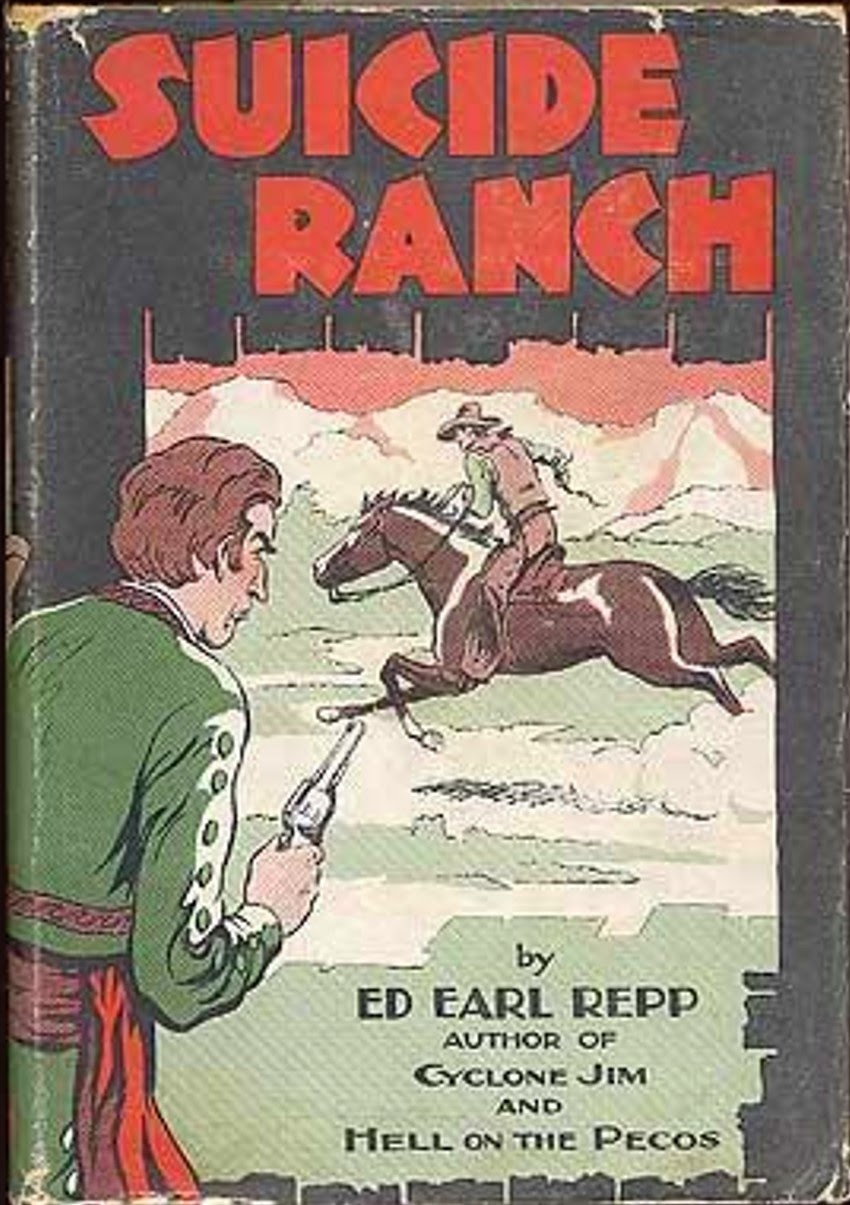 Texas Ranger Clint Buckner is given a furlough from Ranger service so that he can go to New Mexico and lend a hand to former Ranger commander Major Phineas Cole, who has a dangerous job for him. Cole is planning to buy a ranch in the wilds of the Sierra Leone Mountains, but the three men he has sent into the mountains to check out the place have all disappeared, perhaps the victims of foul play. Not only that, but Cole has heard rumors that the man who claims to own the ranch, Dolf Bristow, is not the real owner at all but rather an outlaw who has imprisoned the real owner. This prisoner is a beautiful young woman named Carmelita Holton, and Buckner's job is to free her and get to the bottom of the mysterious happenings on what has come to be called Suicide Ranch.

That's almost the extent of the plot in this novel. There's also a subplot concerning the murder of Buckner's father, but it ties in with everything else that's going on at Suicide Ranch. What little mystery there is is all cleared up a third of the way into the book. The rest of the novel is an action-packed series of fistfights, gun battles, and chase scenes. 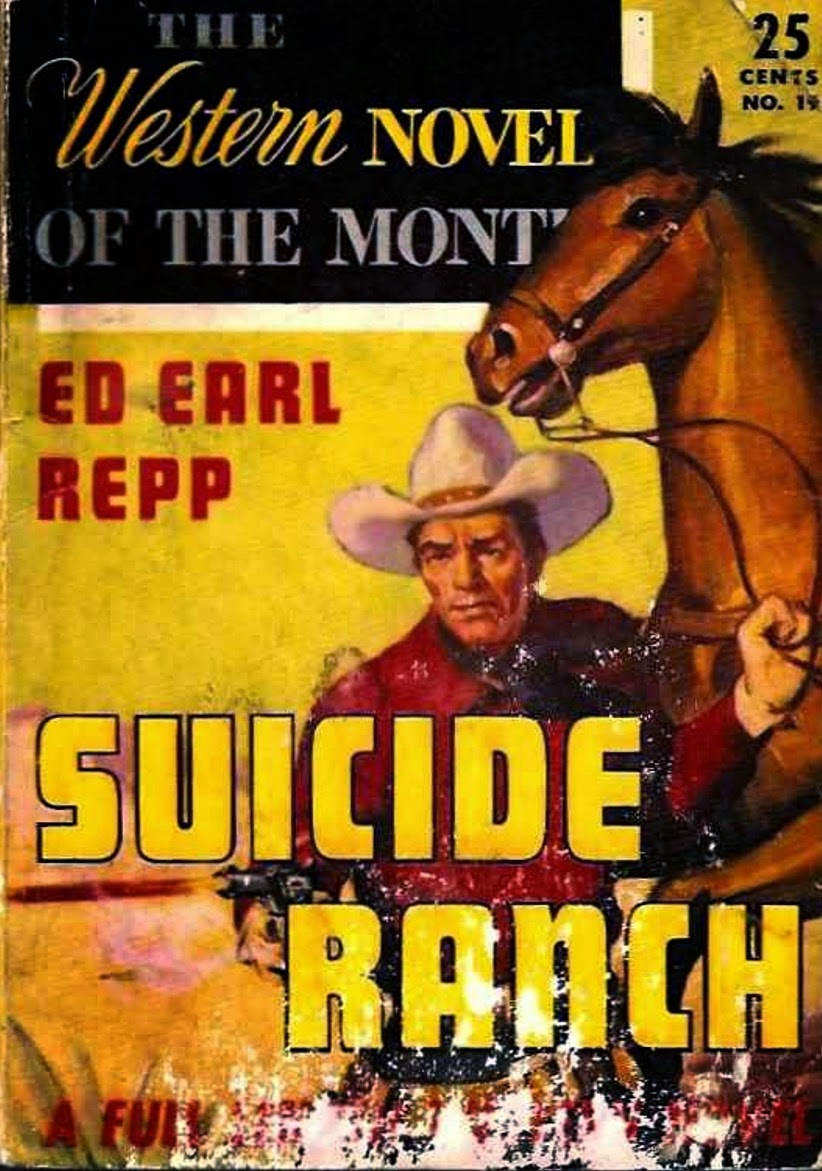 Repp is probably best known as the screenwriter of quite a few Western B-movies, as well as for his habit of hiring numerous ghostwriters to produce the vast amount of pulp stories that were published under his by-line. I don't know who wrote this book, but I suspect it was Repp himself. It reads very much like the other two novels of his that I've read, CYCLONE JIM and HELL IN THE SADDLE. My theory (and I don't have anything to base this on) is that Repp probably wrote the full-length novels that appeared under his name while farming out many of the pulp stories. While I can see the flaws in his work--and there are a lot, chief among them thin plots and very shallow characterization--I find myself enjoying the books anyway. Repp writes with a vividness and sheer enthusiasm that carries the reader along, and he produces very effective action scenes that linger in the memory. While I wouldn't say that his books are top-rank Western fiction or anything close to it, I keep reading them, and that has to count for something.

(This is the last of those old Ed Earl Repp reviews I found in the WesternPulps archives. I have one more Repp novel on my shelves, THE GUNHAWK, and maybe I'll get around to reading it soon. If I do, you'll read about it here.)
Posted by James Reasoner at 5:00 AM