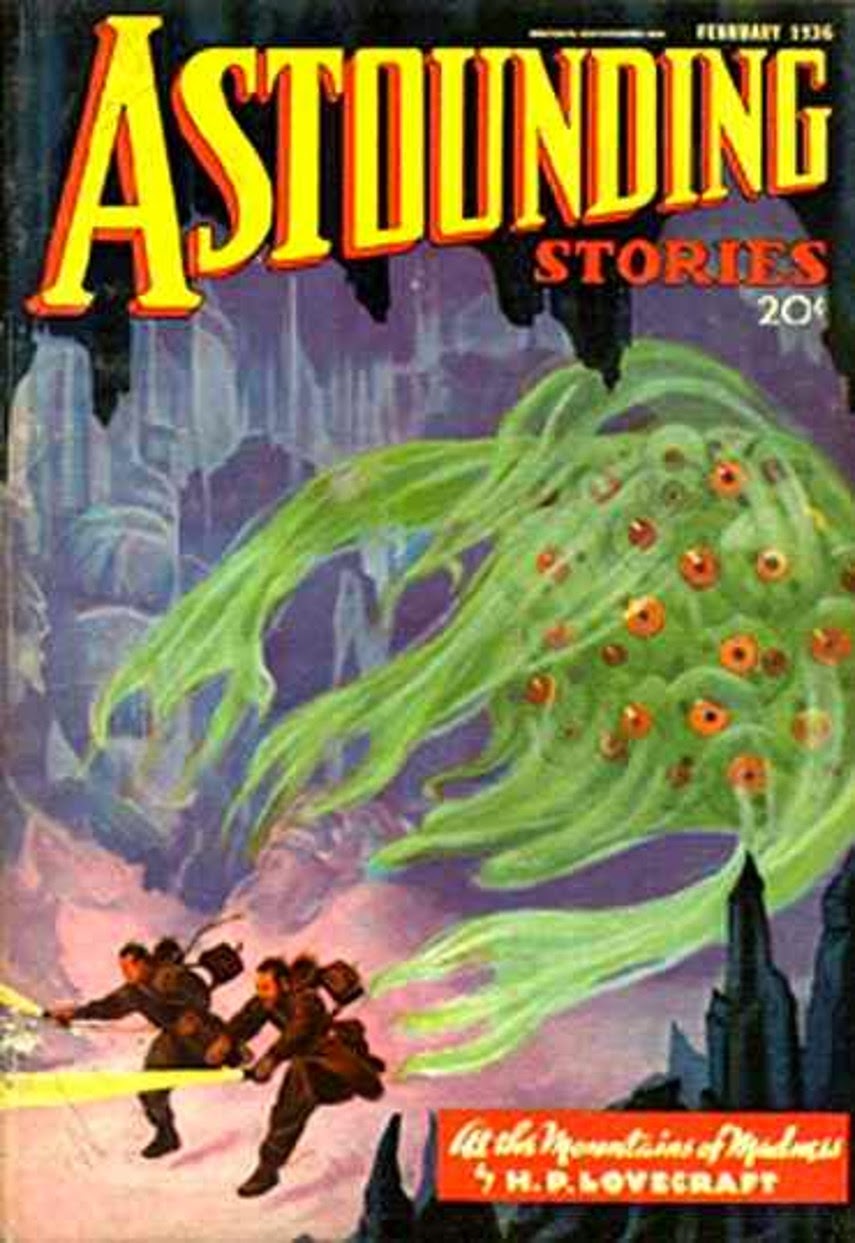 I've always found it a little odd that a Lovecraft story appeared in ASTOUNDING, but there you go, and with a suitably creepy cover to boot. I haven't read "At the Mountains of Madness", but I'm going to get to it, I swear. Other authors in this issue include Raymond Z. Gallun, John Russell Fearn, and Frank Belknap Long (who also seems like a bit of an odd fit for ASTOUNDING).
Posted by James Reasoner at 6:00 AM

F. Orlin Tremaine, editor of ASTOUNDING STORIES was willing to poach writers from other magazines. Frank Belknap Long and Donald Wandrei jumped ship from WEIRD TALES having enough of editor Farnsworth Wright and moved to a magazine with a less capricious editor.

Some might disagree with me, but I consider At the Mountains of Madness to be science fiction.

Julius Schwartz, who at the time was the co-owner of "Solar Sales", thus a writer's agent, convinced Lovecraft to let him try to sell this story. Schwartz quickly sold it for what was (I think I recall) the highest payment that Lovecraft ever got for his work. Lovecraft liked the money, but was deeply offended by the various corrections that were made.