Like Frank Adamo, who I wrote about a while back, Sandy Kenyon appeared several times on THE DICK VAN DYKE SHOW, usually playing a cop. But the similarity ends there, because while most of Adamo's credits came from that one series, Kenyon appeared in dozens of different TV series from 1949 to 2004 and also did quite a bit of voice work on animated series. He was even one of the leads (along with Forrest Tucker) in a syndicated action series during the Fifties called CRUNCH AND DES, based on stories by Philip Wylie. You've probably seen him many times without really noticing him. Another unsung hero whose work I've enjoyed over the years. 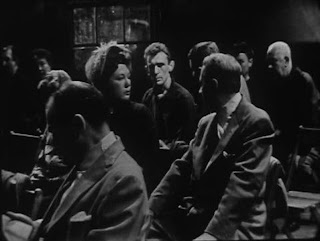 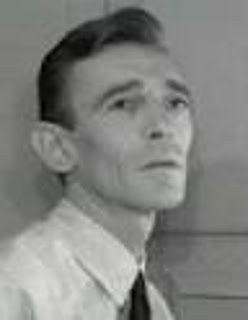 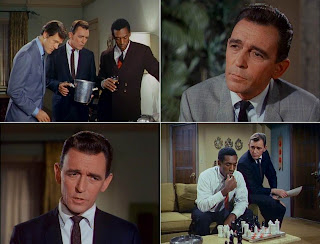 The color stills brought him back to me. Yes, indeed.

He looks like Bogey in the color still on the upper right.

The photo three down from the top is from the Twilight Zone episode, The Old Man in the Cave. Kenyon wasn't in that one. In the photo is John Anderson and James Coburn, and some guy in the background who isn't Kenyon. Kenyon was, however, in the T Zone ep., The Odyssey of Flight 33, which is the photo you show above "The Old Man..."

Absolutely right. I need to work on this post. My brain these days . . .

That's ok, Kenyon's got that kind of face that seems like it's been everywhere.

Had the same reaction as Patti. Remember him quite well.

He was also involved with Hogan's Heroes as well playing various German characters.