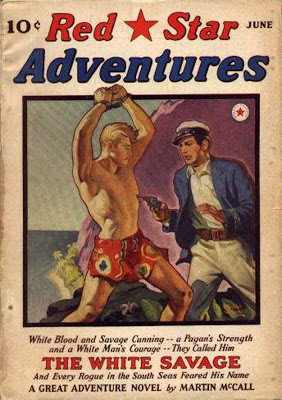 RED STAR ADVENTURES was a short-lived Munsey pulp that ran for only four issues in 1940. Each issue featured a South Seas adventure novel about Matalaa, the White Savage, by Martin McCall. That was a house-name, but the Matalaa stories are by E. Hoffmann Price. I've read them, and they're pretty good. Other authors to be found in the run are William Chamberlain, Allan Bosworth (best known for his Westerns), Lurton Blassingame, Carl Jacobi, Hugh B. Cave, Rolland Lynch, and Nelson S. Bond. Looks like a fine magazine to me. Guess it just couldn't find its place on the crowded newsstands of the day. 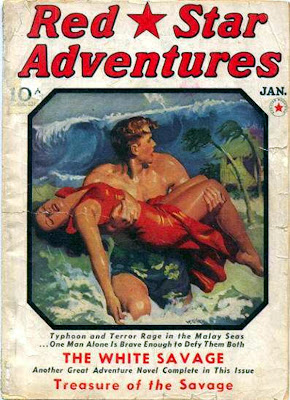 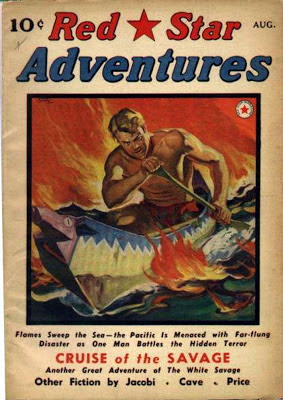 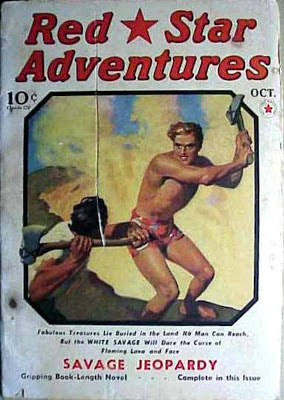 Never heard of this one! What was its connection with the Red Star Line? The logo is the same.

All the various Red Star pulps were published by the Frank A. Munsey Company. Surprisingly, given the other long-running successes Munsey had, none of the Red Star titles lasted more than four issues.

Altus Press is reprinting these four stories in a single volume. I supplied the OCRed text. These are good stories, so if you like a little surf and turf you'll enjoy these.

I'm not sure Price wrote the fourth story, the tone and style seems a bit off.

Munsey was floundering in those days, throwing out new and reprint titles left and right, and cancelling them almost as fast as they launched them. I think the company was betting the rent money on hitting the lottery with one of these titles. It never happened and two years later the company sold itself to Popular.

I'm glad these stories are being reprinted. I'll probably pick up the book and reread them one of these days, since it's been quite a while.