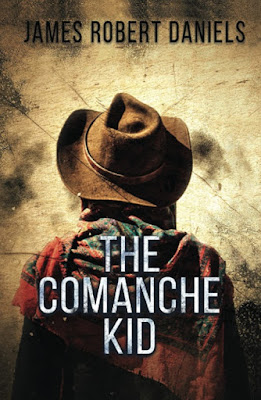 Sixteen-year-old Jane lives on the Texas frontier with her twin brother Jamie, her parents, and her three-year-old sister Sally. Their hardscrabble but peaceful existence comes to an end when a Comanche war party raids their homestead. Jane and Sally are the only survivors of the bloody attack. Jane avoids capture, but the Indians carry off Sally, leaving Jane determined to rescue her sister and avenge the deaths of her other loved ones . . . even if she has to pretend to be a boy to do it.

Making use of traditional Western elements—the vengeance quest, the coming-of-age story, the trail drive yarn, the epic clash of cavalry and Indians—Daniels’ evocative prose lifts the odyssey of sixteen-year-old Jane into something special as she searches for her younger sister and encounters a host of colorful characters along the way. With echoes of TRUE GRIT, THE COWBOY AND THE COSSACK, and LONESOME DOVE, this is a big, thrilling, tragic, and ultimately uplifting portrait of the American West. THE COMANCHE KID is one of the best novels I’ve read this year and gets a strong recommendation from me.