Zombies From the Pulps!: The Grave Gives Up - Jack D'arcy (D.L. Champion) 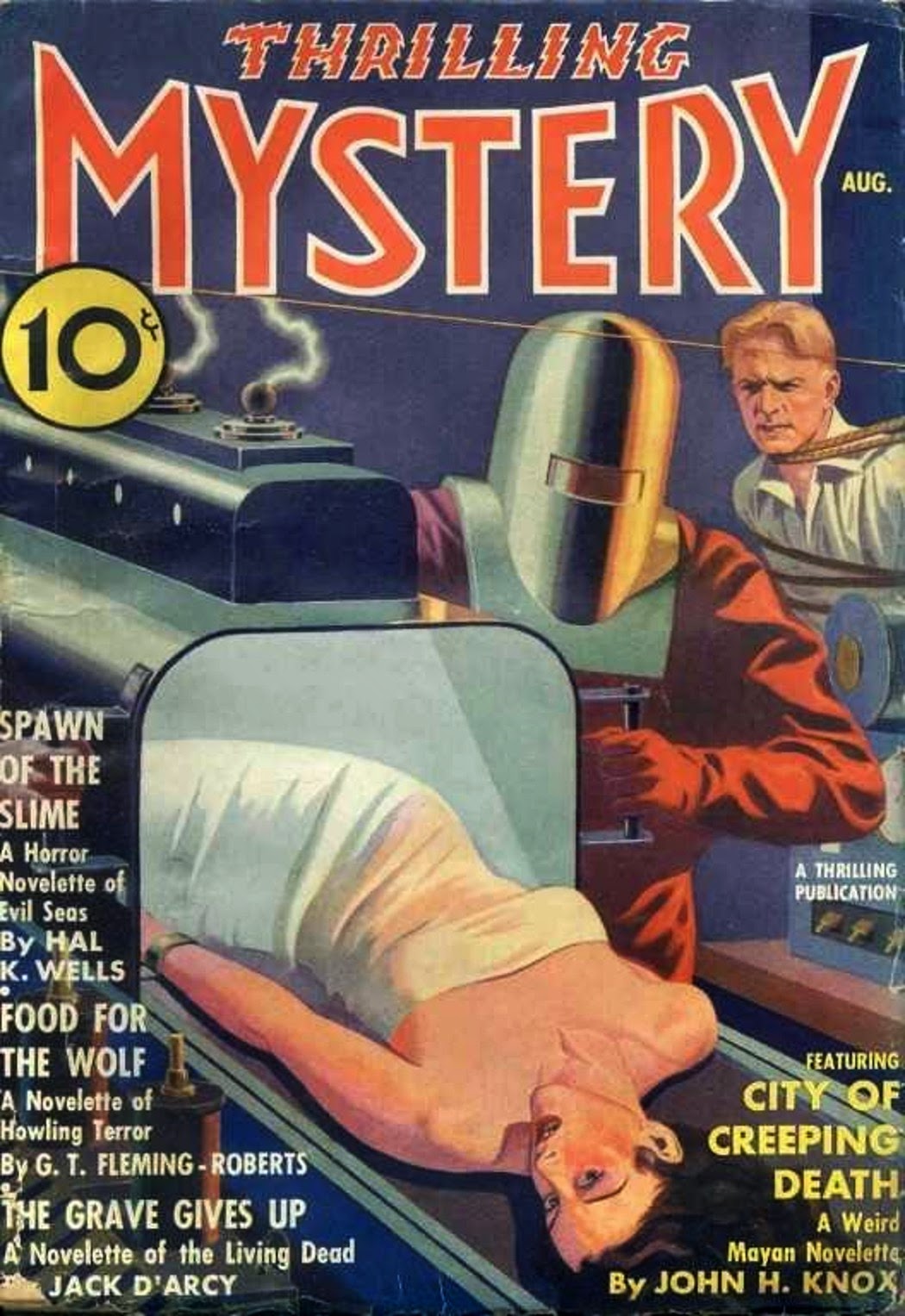 Jack D'arcy was one of the pseudonyms of prolific pulpster D.L. Champion, who created the long-running pulp series The Phantom Detective, which took a lot of its elements from an earlier Champion story, "Alias Mr. Death" (if I'm remembering my pulp history correctly, which is never a sure thing these days). Champion wrote a bunch of the early Phantom Detective novels, and I've read a bunch of them and enjoyed them. I didn't know he'd written Weird Menace stories, although that doesn't surprise me. His novelette "The Grave Gives Up", from the August 1936 issue of THRILLING MYSTERY, is the first of that genre by him that I've read, and I liked it quite a bit.

The story opens with the protagonist, Gordon Lane, getting a phone call from his fiancée pleading for help. The catch here is that said fiancée was killed in a car crash two weeks earlier. Lane, who works for the county attorney's office, is able to get the call traced, and when he discovers that it came from the caretaker's house in the cemetery where his late fiancée is buried, we're off to the races as he tries to get to the bottom of this macabre mystery.

Nobody's going to be very surprised by the outcome of this story—the main villain might as well be wearing a sign—but it's certainly a lot of fun getting there. The pace never lets up, and there are plenty of creepy scenes described in breathless, semi-hysterical prose. Champion was very good at this sort of over-the-top pulp storytelling, which is also common in his Phantom Detective novels. This is another strong entry in ZOMBIES FROM THE PULPS!, and at the halfway point of the collection I can honestly say that there hasn't been a bad story in the bunch. I've enjoyed all of them and look forward to reading the rest.

My favorite D.L. Champion series are the Inspector Allhoff stories that he did for DIME DETECTIVE and the Rex Sackler stories for BLACK MASK.

Allhoff was a mentally unbalanced police inspector who had his legs shot off during a bungled raid. Rex Sackler was the "penny pinching private eye" in a couple dozen funny cases.