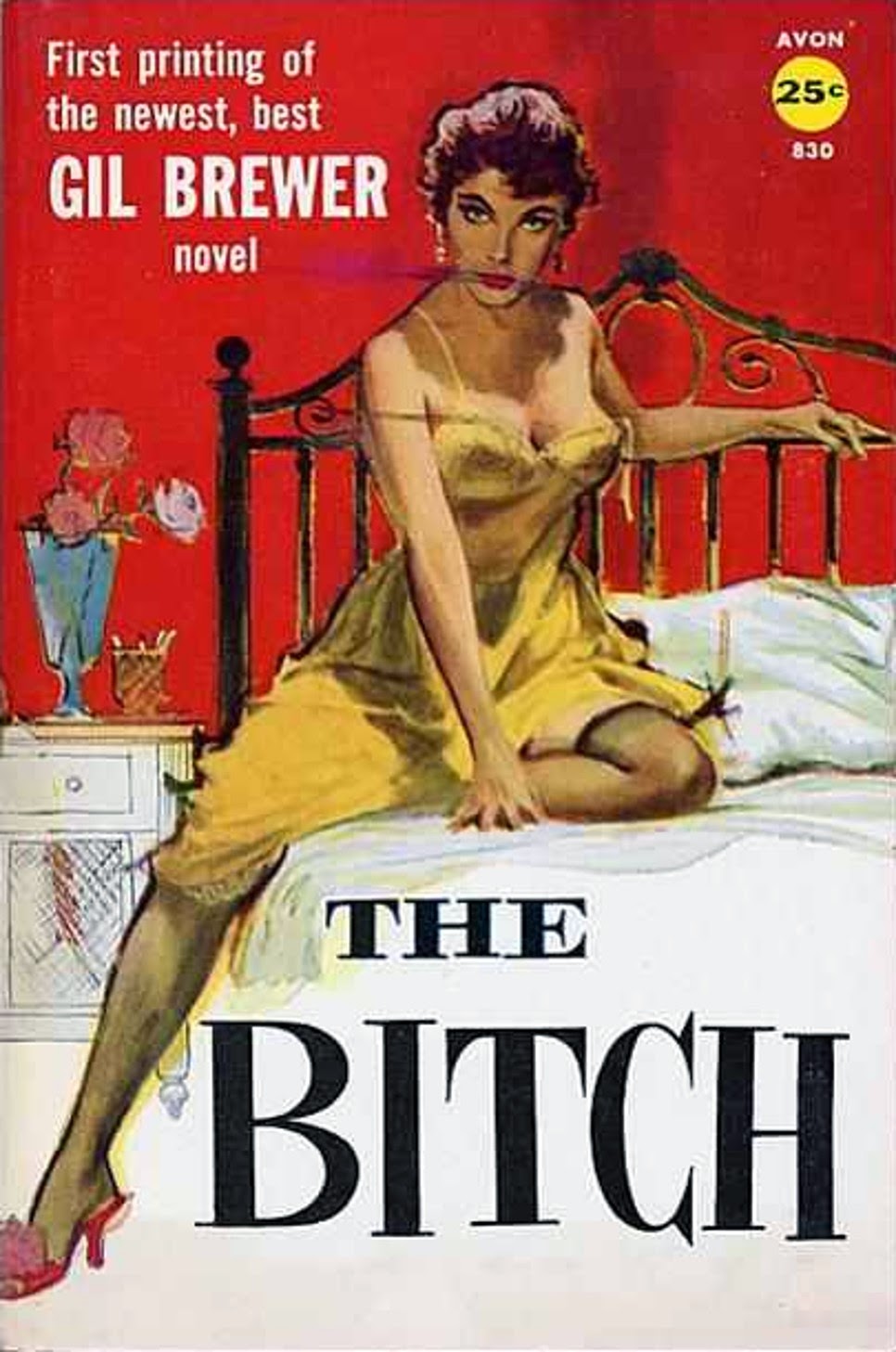 With a title like THE BITCH and an author like Gil Brewer, you'd expect that this novel would have a femme fatale in it, and you'd be right. In fact, it sort of has two.

The narrator and protagonist, Tate Morgan, is a private detective who works for his brother Sam's agency in Tampa. He's hired by a rich man to find out if the guy's beautiful young wife is cheating on him. We've all read enough of these novels to know how that's going to turn out. Of course she's cheating on him—with Tate. Whose life is complicated by his own beautiful wife who keeps pressuring him to make something of himself instead of being content to work for his brother. So given all that, when the agency gets the job of guarding a big payroll for the company that belongs to Tate's client, it's no great stretch to figure that payroll is going to be heisted in an inside job.

Brewer never lets things play out exactly the way you'd expect, though. Sure, Tate winds up on the run from both the cops and the crooks with a satchel full of money, accused of murders he didn't commit, but there are some nice twists along the way. As usual, Brewer does a great job with the tropical setting and with capturing the sweaty desperation that grips most of the characters in this fast-moving novel. His writing seems really sharp to me, with a lot of lines that are pure hardboiled poetry.

This book was published originally by Avon in 1958 and seems to be one of the more scarce Gil Brewer novels. It's currently available in an e-book edition from Prologue Books and is well worth reading for fans of noir crime novels.