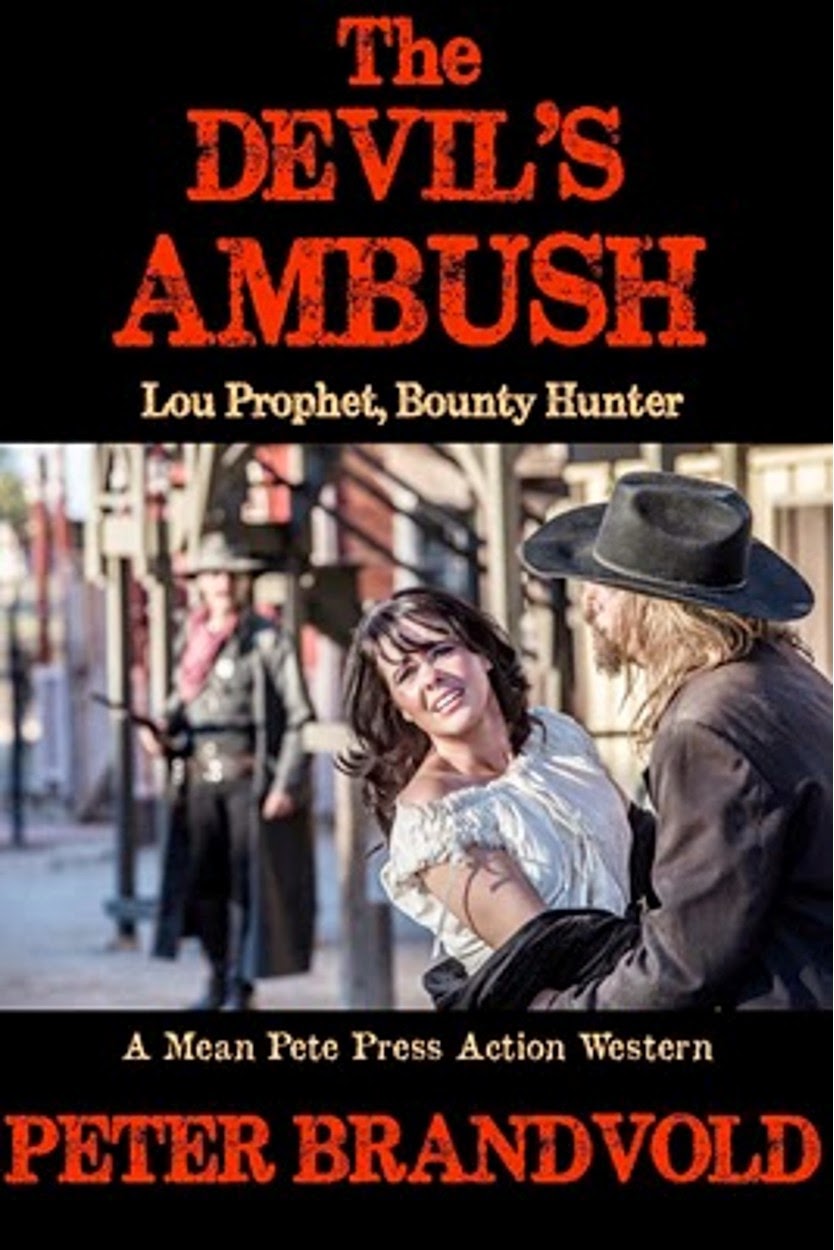 Peter Brandvold's Lou Prophet series returns, now being published by his own Mean Pete Press. The first novel under this imprint and the 12th overall in the series, THE DEVIL'S AMBUSH, is out now, and as Brandvold fans know to expect, it's a fine, gritty Western action yarn.

This tale opens with bounty hunter Prophet and his sometimes-partner, the beautiful Louisa Bonaventura (also known as The Vengeance Queen) being lured into an ambush at a deserted fort. Louisa is wounded in the shooting and needs medical attention, and Prophet's efforts to save her life lead him to the town where the bushwhackers have fled.

When he gets there, he finds that it wasn't outlaws who ambushed him and Louisa but rather some of the town's leading citizens. In a plot twist reminiscent of the novels of Lewis B. Patten, Box Elder Ford turns out to be a settlement where everybody has a secret and nobody is to be trusted, including the sensuous and seductive Verna McQueen.

The pace is a little more leisurely in THE DEVIL'S AMBUSH than in some Brandvold novels, but that seems to be deliberate as he creates a slow-burn sort of atmosphere that results in a great deal of suspense. Also, you know that eventually all hell is going to break loose, and so it does in a long, spectacular gun battle that's very effective.

Lou Prophet is as tough and likable a protagonist as ever, and Louisa Bonaventura is one of my favorite Brandvold characters. There's nobody in the business today who's better at this sort of hardboiled Western novel, and THE DEVIL'S AMBUSH is very entertaining proof of that. Highly recommended.

Hate the trend toward these cheap looking tacky covers ! I know is a matter of economics but still.

I didn't realize it was a Western until I read the piece. I prefer the illustrator's handy work. With these photographs it looks too new and starched to be a tale of the old west.