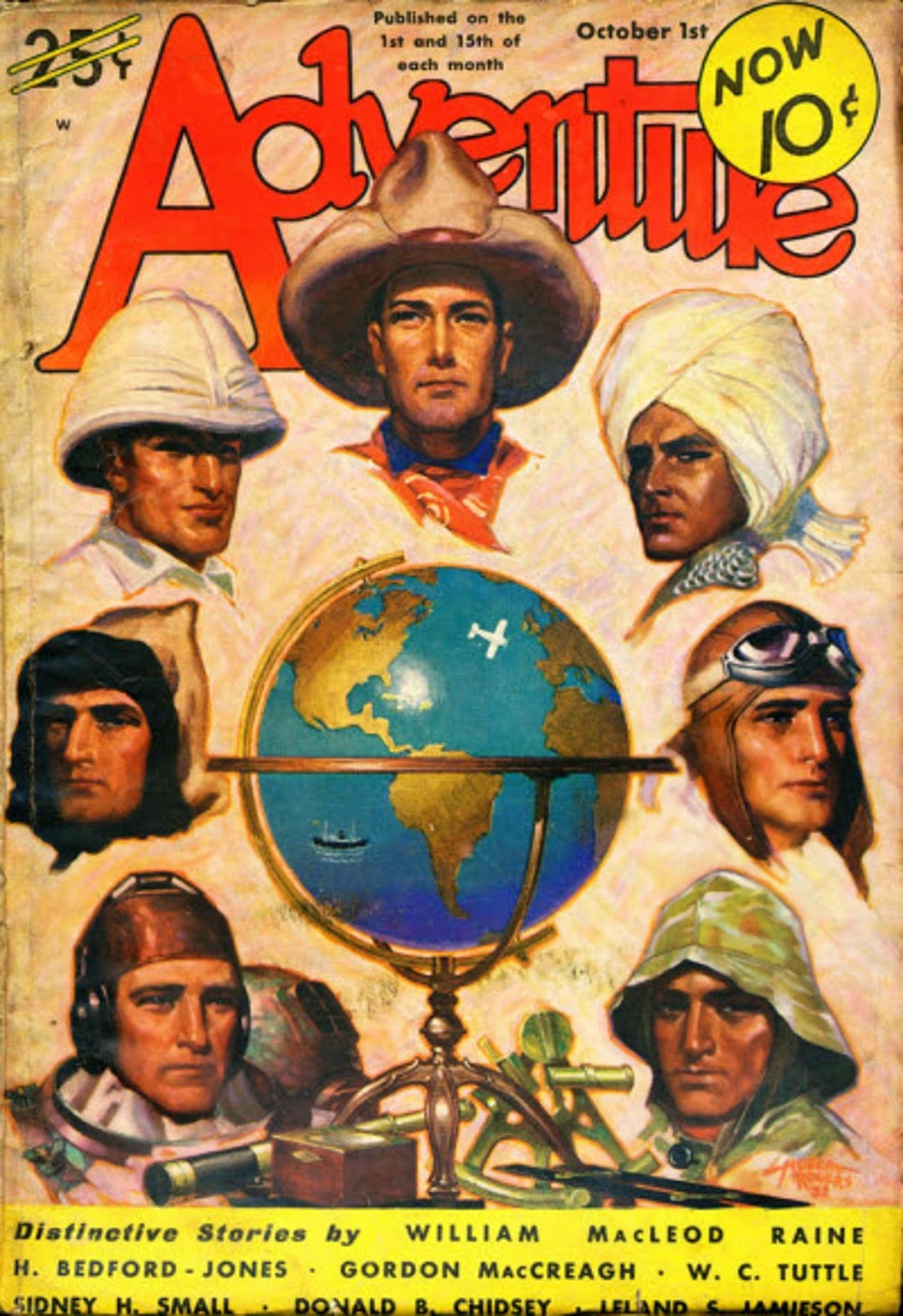 Boy, that cover by Hubert Rogers really sums up the appeal of ADVENTURE, doesn't it? I love the general fiction pulps with their variety of genres. And what a line-up of authors in this issue: Bedford-Jones, Tuttle, Chidsey, and Raine, among others, all for one thin dime. The readers really got their money's worth with this one.
Posted by James Reasoner at 6:30 AM

The Depression hit ADVENTURE's circulation and they tried the experiment of cutting pages and lowering the price from 25 to 10 cents. Later on in the Campfire letter column, the editors acknowledged that the readers did not like the change. They wanted almost 200 pages of fiction, not 100 pages. The magazine was just a shadow of its former self and looked like it was on a diet.

Things improved when Popular Publications bought the title in 1934 and it continued as one of the very best general fiction magazines right through the forties.

Is the cover a montage of The Most Interesting Man in the World?