Zombies From the Pulps!: Corpses on Parade - Edith and Ejler Jacobson 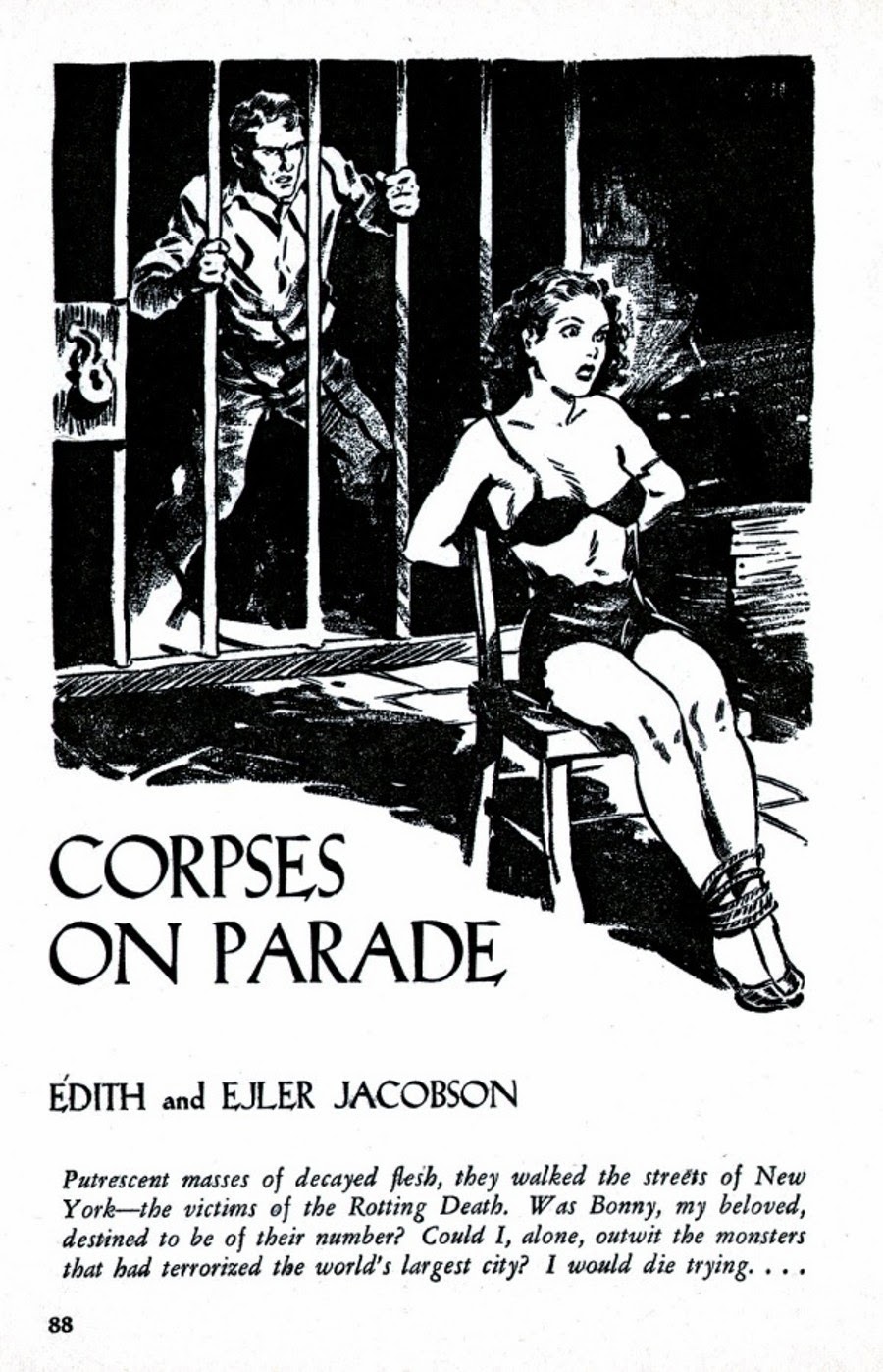 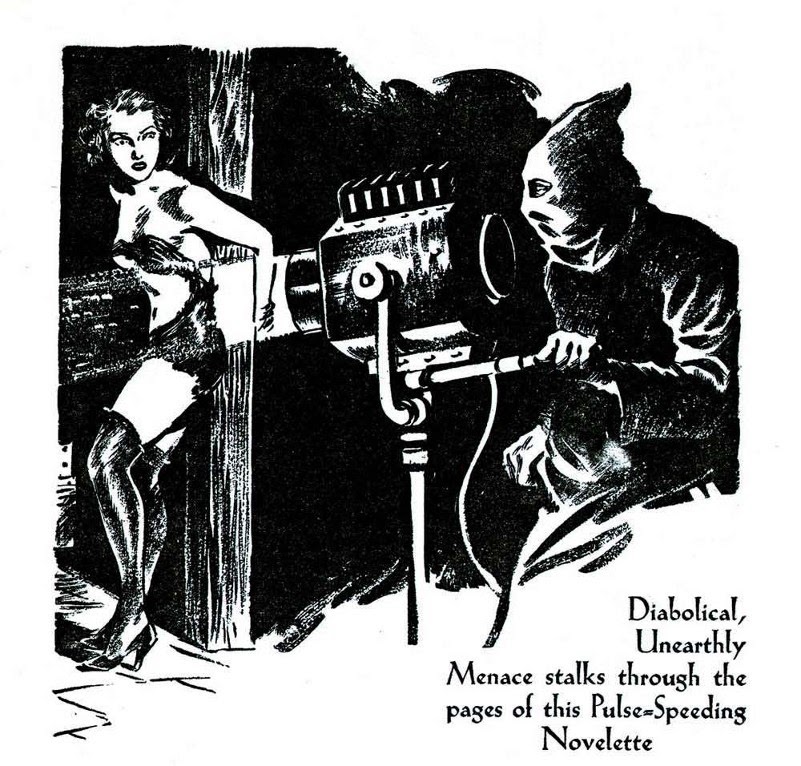 I'm aware of Edith and Ejler Jacobson mostly as editors (they edited several different science fiction digests at one time or another), but they also wrote stories for the pulps, including "Corpses on Parade", which appeared in the April 1938 issue of DIME MYSTERY. When I started reading this one, I thought it was going to be a more sane and sedate tale than Arthur Leo Zagat's "Revels of the Lusting Dead", the previous story in ZOMBIES FROM THE PULPS! Well, turns out it is, but only by a little bit. The Jacobsons knew how to go over the top as well. 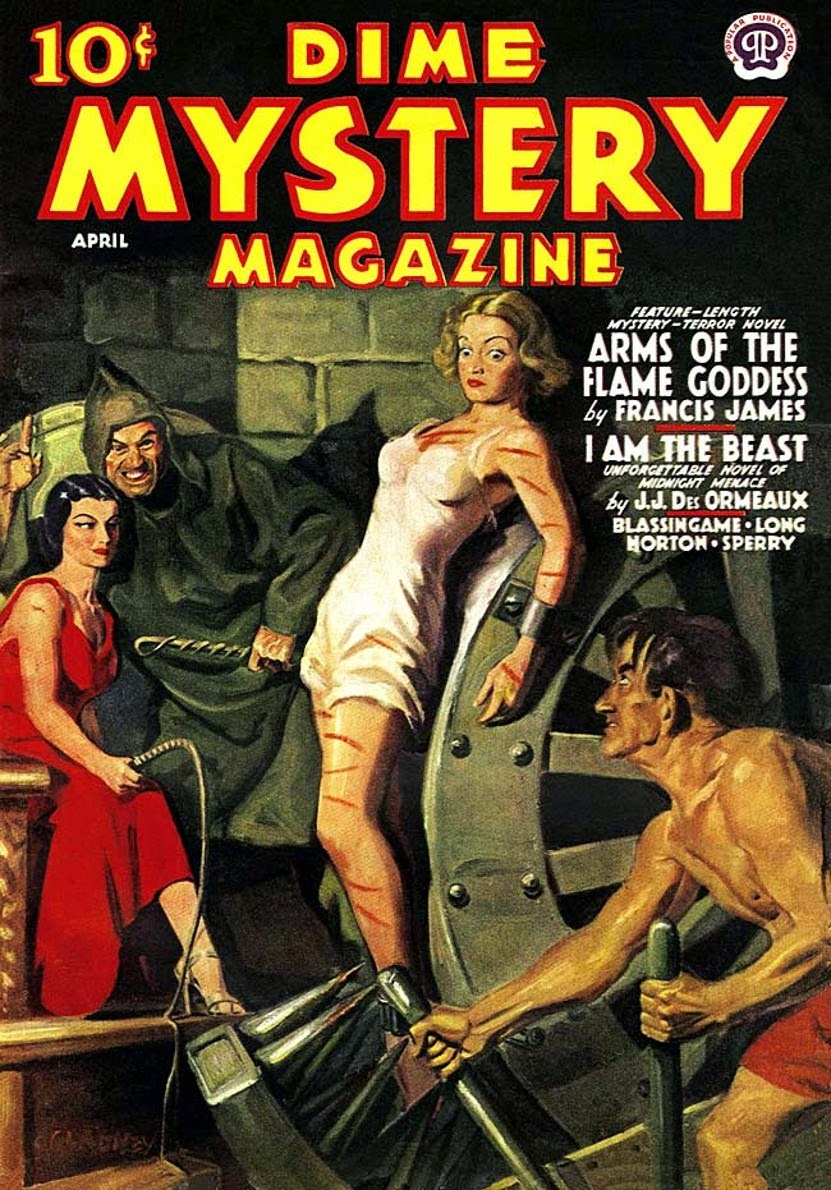 The first person narrator is a wealthy young man in high society in New York, and as the story opens he's attending the funeral of a friend who died of a mysterious illness. This opening reads more like a mystery story than a Weird Menace tale, but then other members of society begin committing suicide or dying in mysterious fashion, and it's discovered that they're all victims of a disease that starts to rot the flesh from bones even before death. Before you know it we're up to our necks in a wild yarn involving kidnapping, a battle in a cemetery, prisoners locked in a dungeon, and a hooded mastermind.

This story is really interesting to me because if the plot had been handled differently it would have worked just as well for a novel featuring The Phantom Detective, The Black Bat, or any number of other pulp crimefighters. At heart it really is a crime yarn, but the Jacobsons make it plenty gruesome enough to fit in the pages of DIME MYSTERY in its Weird Menace phase. It's also a fast-paced, well-written story and makes me think I should read more by this husband-and-wife team. As far as I can recall, it's the only thing I've read by them, and it's another strong entry in this collection.

Email ThisBlogThis!Share to TwitterShare to FacebookShare to Pinterest
Labels: Jeffrey Shanks, zombies, Zombies From the Pulps

Their shudder work probably didn't hurt when writing softcore erotica for UPD in its ?Beacon (iirc) years, before it bought the GALAXY group and launched Award...

Ejler Jacobsson was Finnish in origin, which I'm always proud to mention.