Half a King - Joe Abercrombie 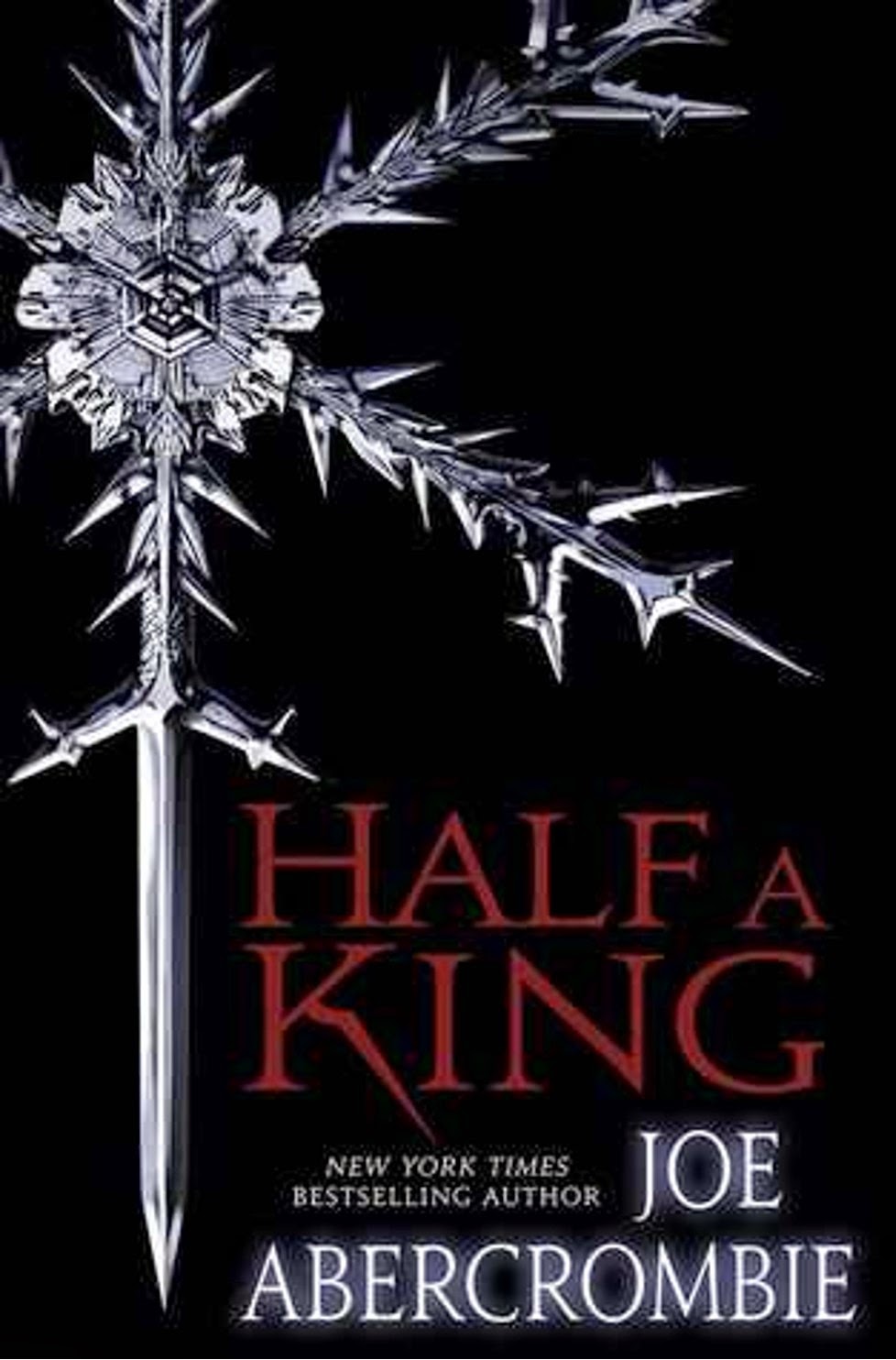 I've been reading good things about Joe Abercrombie's fantasy novels for several years now, and I've finally read one of them, his latest, HALF A KING, which differs from the others in that it's a YA novel. But more about that later.

HALF A KING is the story of Prince Yarvi, son of the King of Gettland, who was born with a disfigured left hand and none of the skills that go with being a king. But he finds that position thrust on him when his father and older brother are murdered and sets out to wage war against the neighboring country blamed for their deaths. This does not turn out well, and Yarvi goes from being king to being a slave to an eccentric ship's captain. Despite his circumstances, Yarvi vows to himself that he'll return to his own country someday and set things right.

This being a coming of age novel, lots of stuff happens to Yarvi, mostly bad. But he perserveres and finally finds himself in a position to fulfill his vow, only to find that not everything is what it seems, which is a thread running through the whole story. Abercrombie manages to work things out in unexpected but satisfying ways, for the most part.

I really enjoyed this novel. We had just finished watching the third season of GAME OF THRONES on DVD, so I guess I was in the mood for more gritty fantasy. HALF A KING is plenty gritty, enough so to make me question that business about it being a YA novel. There's no sex, but there's some cussing and lots and lots of graphic violence. Heads roll, as Joe Bob Briggs used to say. It's not quite as grim and dark as GAME OF THRONES, but it's in the same neighborhood. It also shares a grounding in reality with GRRM's series. There are even less fantasy and supernatural elements in HALF A KING, none at all, in fact, other than the setting.

This is a very well-written book with an excellent pace. My only complaint is that some of the plot twists are telegraphed maybe a little too much. But overall it's one of the best books I've read this year and a strong contender for my Top Ten list at the end of the year.

In other words it sounds like a typical Abercrombie book. Lots of language and violence, not everything as it seems. If you enjoyed this one, try the First Law trilogy. I think you'd like it. I need to put this one on my list.

I have his first book, TBE BLADE ITSELF, and hope to read it soon. What do you think about Steven Eriksen? I've been tempted to try his books and actually have the first three of them, but they're so long I've been hesitating. I also have one of his later novellas set in the same universe but I don't know if it's best to read all the stuff in order.

I've only read some of the later novellas, the three that were collected in one volume. I found them enjoyable but a little uneven. The characters were pretty sinister in the first and last story in the collection, but in the middle story (which was actually written first)they came across as more comic than threatening. I don't think these characters are central to the novels, but I could be wrong.

I've not read him at novel length because of the page count. I'm not sure I want to devote that much time to one book given my current time constraints. However, I have heard good things about them, including praise from Glen Cook, whose work I love.

Hope that helps. If I read the first novel, I'll let you know what I thought.

Keith, I tried Erikson's new novella, THE WURMS OF BLEARMOUTH, which features the same characters you mention, and didn't care for it. I thought it was well-written, but the mixture of horror, fantasy, and bizarre humor didn't really work for me. So I doubt if I'll ever tackle one of his full-length novels. You mention Glen Cook, though, and I want to read his Black Company novels. I started the first one years ago but didn't finish it, but I think maybe I just wasn't in the mood for it. Sometimes I have to give a book two or three tries and then wind up really liking it.

I haven't read all the Black Company books but have really enjoyed the ones I have.

I understand what you mean about the Erickson blend of humor, fantasy, and horror. I don't know if the novels have that blend or not. If I read one I'll lst you know what I think.