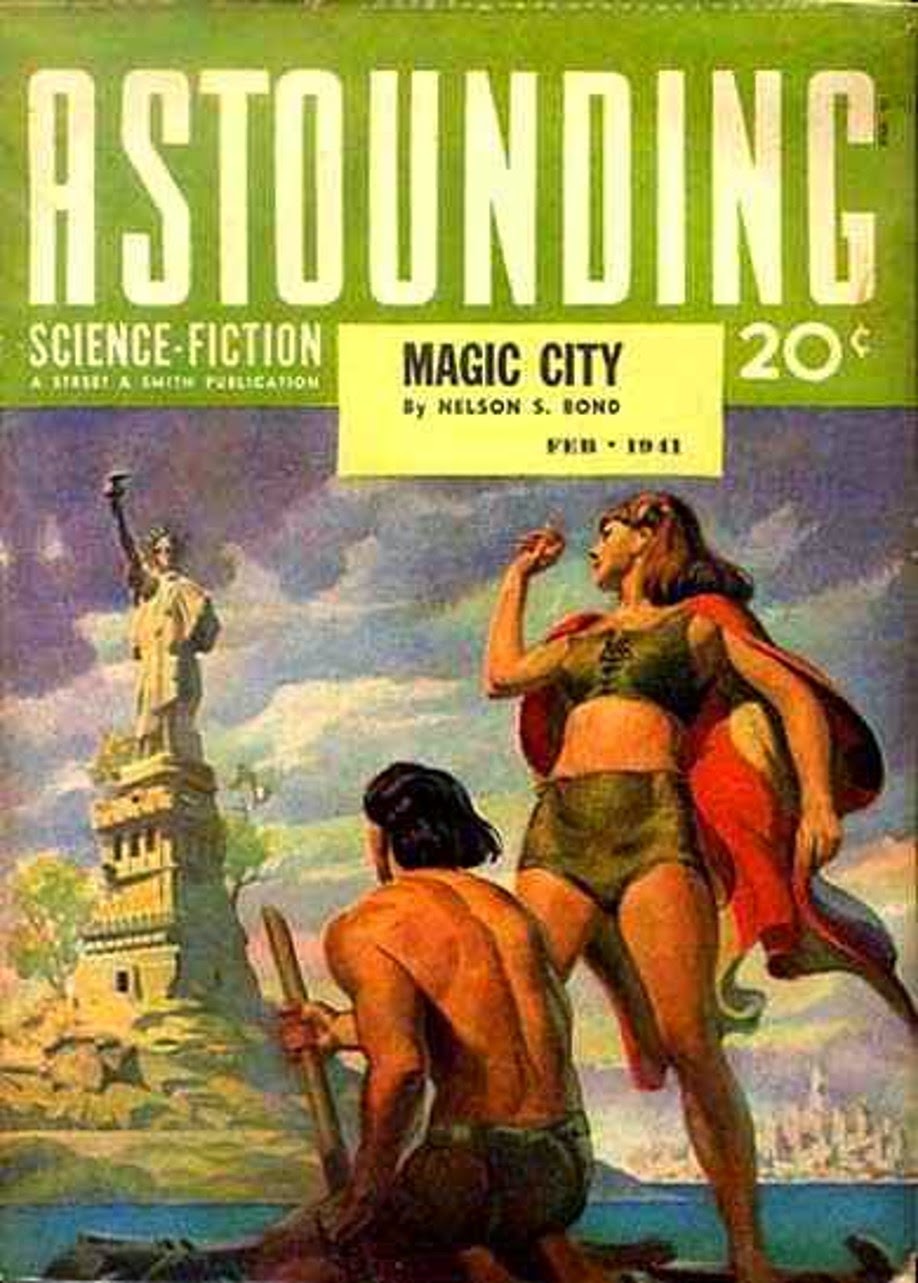 We've all seen the post-apocalyptic Statue of Liberty bit in various places (yes, I'm looking at you, you damned dirty apes), but this is a pretty good example of it by Hubert Rogers. And what do we have behind that cover? Oh, just two stories by Robert A. Heinlein (well, one of them is a serial installment under his Anson McDonald pseudonym), Theodore Sturgeon, Nelson S. Bond, P. Schuyler Miller, and Robert Moore Williams. Just another day at the newsstand in 1941.
Posted by James Reasoner at 6:30 AM

Given that lineup, not a bad day at all. Bond is, in my opinion at least, one of the most underrated writers from that period.

One of the very few Astounding/ Analog covers to show off the female body after Campbell took over, in marked contrast to most of the other SF pulps...
Mike

Good point, Mike. I seem to recall reading that it was Campbell's assistant Kaye Tarrant who was responsible for censoring anything that might be considered risque, but I could be wrong about that. Anyway, what you say is certainly true throughout Campbell's editorship.