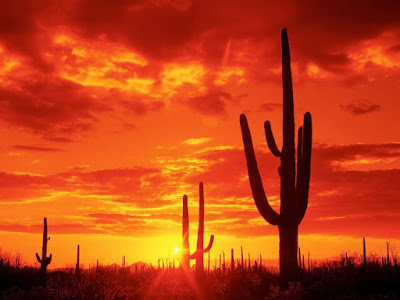 This was a rough year personally in a lot of ways, and I’m sure hoping that 2018 will be an improvement, but the reading and the writing rolled on, as they have for decades now. That’s what I’m here to talk about today.

I read 117 books this year, a slight increase from last year. Here are my Top Ten favorites, in the order in which I read them.

If you’re keeping score at home, you’ll note that my blog posts for a couple of these haven’t shown up yet, but they will soon. Also, one of them, SAY IT WAS MURDER by Stephen Mertz, hasn’t been published yet, but it’ll be out next spring from Rough Edges Press. Remember the title (like I’d let you forget!) because it’s a great private eye novel.

The older I get, the more I seem to retreat into the pulp era. Four of the books listed above first appeared in the pulps, and two more are about the pulps, at least partially in the case of the Margulies bio. But four of them are also new books, appearing for the first time in 2017, so I’m not a complete fossil yet. Still, more than a fourth of the books I read this year were either pulps, pulp reprints, or pulp-related. Another fourth were what I would consider vintage paperbacks or hardbacks. So I’m definitely beating ceaselessly into the past, boats against the current.

I wrote a million words again this year, for the 13th straight year. I have a tentative plan to try to hit a million two more times, then semi-retire and write about half a million words a year from then on. (I know, I know, we’ve all heard this before . . .) I spent enough years as a semi-starving freelancer that it’s difficult to turn down work, but I’ve begun to do that now and then. The million words this year included eight solo novels, six collaborations, and sizable chunks of two more novels. No short fiction at all in 2017, and only one of the novels, which probably won’t be out for a while, will have my name on it. But I haven’t worried about that in forty years and don’t intend to start now, as long as I can continue fooling everybody into believing I know what I’m doing and don’t have to take an honest job. I’m ’way too old for that. Many thanks to everyone involved in saving me from that terrible fate, from the editors and agents to the readers to Livia, Shayna, and Joanna, who make it all possible to start with.

I don’t make resolutions, but I have the vague hope that I’ll have more time to read, watch TV and movies, and just generally enjoy life. I plan to attend Robert E. Howard Days in June, I may make it to a science fiction convention or two, and I’ll definitely continue going to hockey games when I can. (I’ve become a big hockey fan and have been known to pontificate about games that I’m watching, based on my vast experience of two whole years as a spectator and never having been on ice skates in my life . . .) The blog will continue, the WesternPulps group will continue (until Yahoo pulls the plug on all the groups, which I remain convinced they will, sooner or later), and I’m sure I’ll still spend too much time on Facebook. To all of you out there who make this stuff fun, my very best wishes and the hope that 2018 is kind to you.
Posted by James Reasoner at 4:56 PM

Most Important- Be Well. I don't care if you never write another word. Your legacy is written in stone and you are as they say "a keeper"

I plan on reading more in 2018. When I look at your number, that's more than 2 books a week. Where the heck do you find the time? I have a commute now so I have time for audio, but your commute is down the hall!

"The older I get, the more I seem to retreat into the pulp era... I’m definitely beating ceaselessly into the past, boats against the current."

There is nothing wrong with that. I'm doing something of the same thing myself, as my post tomorrow will elaborate on.

And congratulations on the writing. You're getting up there into Asimov territory on the number of books.

James, Happy New Year to you and Livia! A million words for the 13th consecutive year? I can only doff my hat to you for that staggering number.

Nick,
I appreciate the kind words.

Scott,
I read a little in the morning, in the late afternoon if I've gotten my day's pages done in time, and at night before I go to bed. My commute is actually up the stairs, but the principle is the same.

Keith,
Many thanks. I'll look for that blog post.

Prashant,
Thanks and Happy New Year to you as well.

Looks like a great list! Congrats on reading so many books. Best wishes for a happy new year!

James and all posters and lurkers...have a great 2018.

James, thank you for all your postings and insights, you are a treasure.

Thanks, Richard, and best wishes to you as well. A post on the new issue of THE DIGEST ENTHUSIAST is coming soon.

Thanks, Spike, and best wishes. Referring back to your comment a couple of days ago, I'm very glad I've helped you find some new authors to read. That's a big part of what this blog is about, the digital equivalent of sitting around with a good friend and saying, "Hey, have you read this guy's books? He's great!"

Definitely a productive year for you. I hope all the other stuff recedes into the background for 2018 and you can rock it.