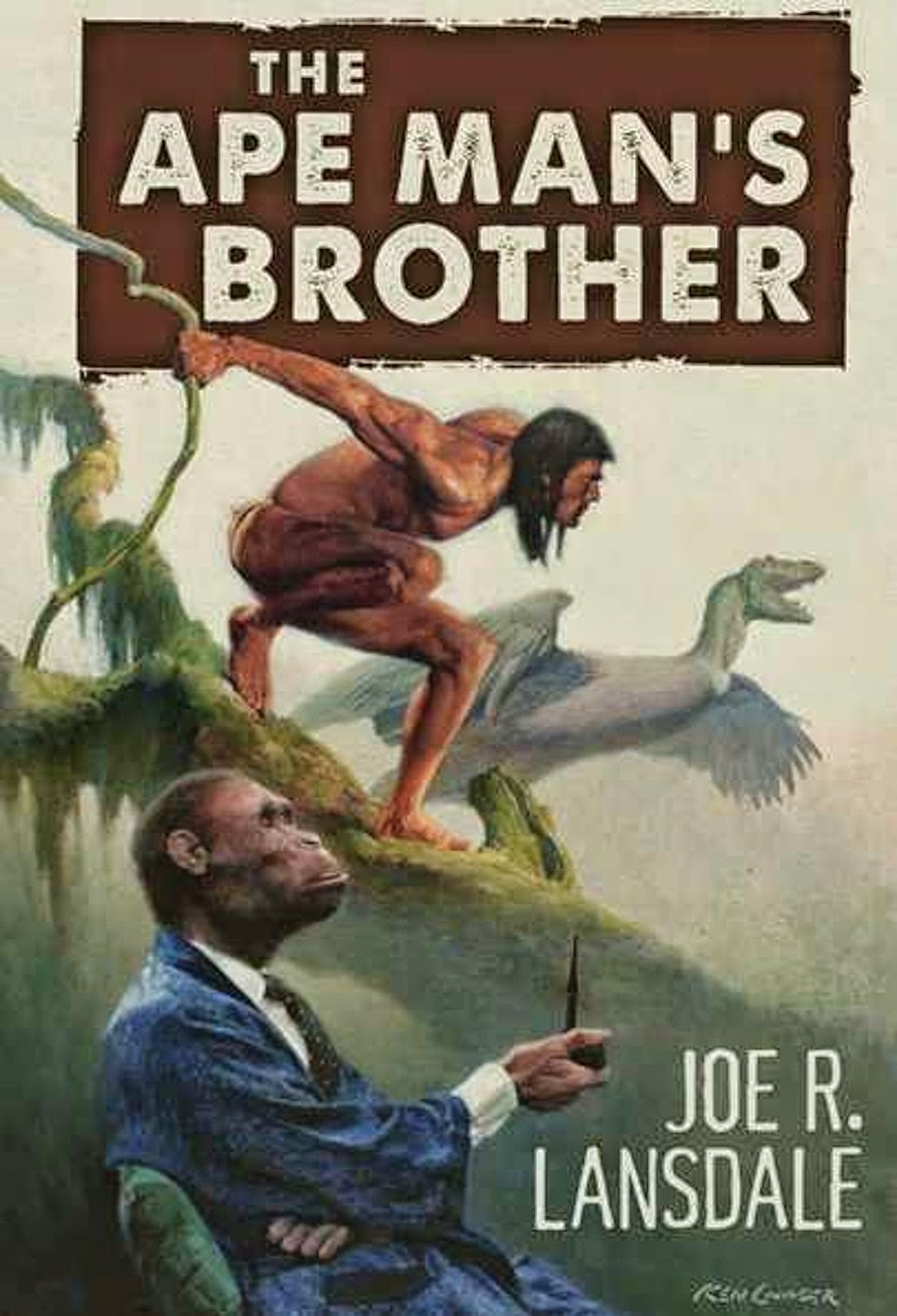 Who better to tell the true, previously-untold tale of a certain Ape Man and his adopted brother among the great apes than Joe R. Lansdale? Nobody, that's who, and so that's what Joe does in THE APE MAN'S BROTHER, an excellent novella published by Subterranean Press.

Joe makes it plain early on that this isn't exactly the same Ape Man those of us of a certain age grew up reading about, and watching movies about on Saturday morning TV. There's more sex and violence, for one thing, and a lot of deadpan humor, not to mention some alternate history that ties this novel in with other books and stories Lansdale has written. The story takes the two protagonists through their adventures in a lost land, their first encounter with civilization, trips to New York and Hollywood, and a dangerous mix of love, lust, jealousy, and greed that culminates in a great adventure involving a zeppelin.

Edgar Rice Burroughs purists may not care for some of this, but I'm an ERB fan from 'way back (50 years, at least) and while I can't speak for Joe, I sense a genuine affection for Burroughs and his work in THE APE MAN'S BROTHER. There are plenty of subtle hints that he's very familiar with Burroughs' novels, not only the Tarzan series but others as well. (And he should be, considering that he completed the unfinished Tarzan novel Burroughs left behind.) I'm not big on deconstructing myths, but when it's done in a good-hearted way I don't mind.

That's the case with THE APE MAN'S BROTHER, which I found to be compelling, entertaining reading. Highly recommended. (And thanks to Scott Cupp for recommending it to me.)

This one sounds fun.

Loved this one and I've been a Burroughs fan about as long as yourself. I sensed that sane affection for Burroughs in Lansdale's words.

That affection certainly didn't show when he completed THE LOST ADVENTURE...there was no sense of the Tarzan mythos...a hack job if ever I saw one!
Mike

Hey! Now it's available on Kindle with other stories! Fishing for Dinosaurs and Other Stories.