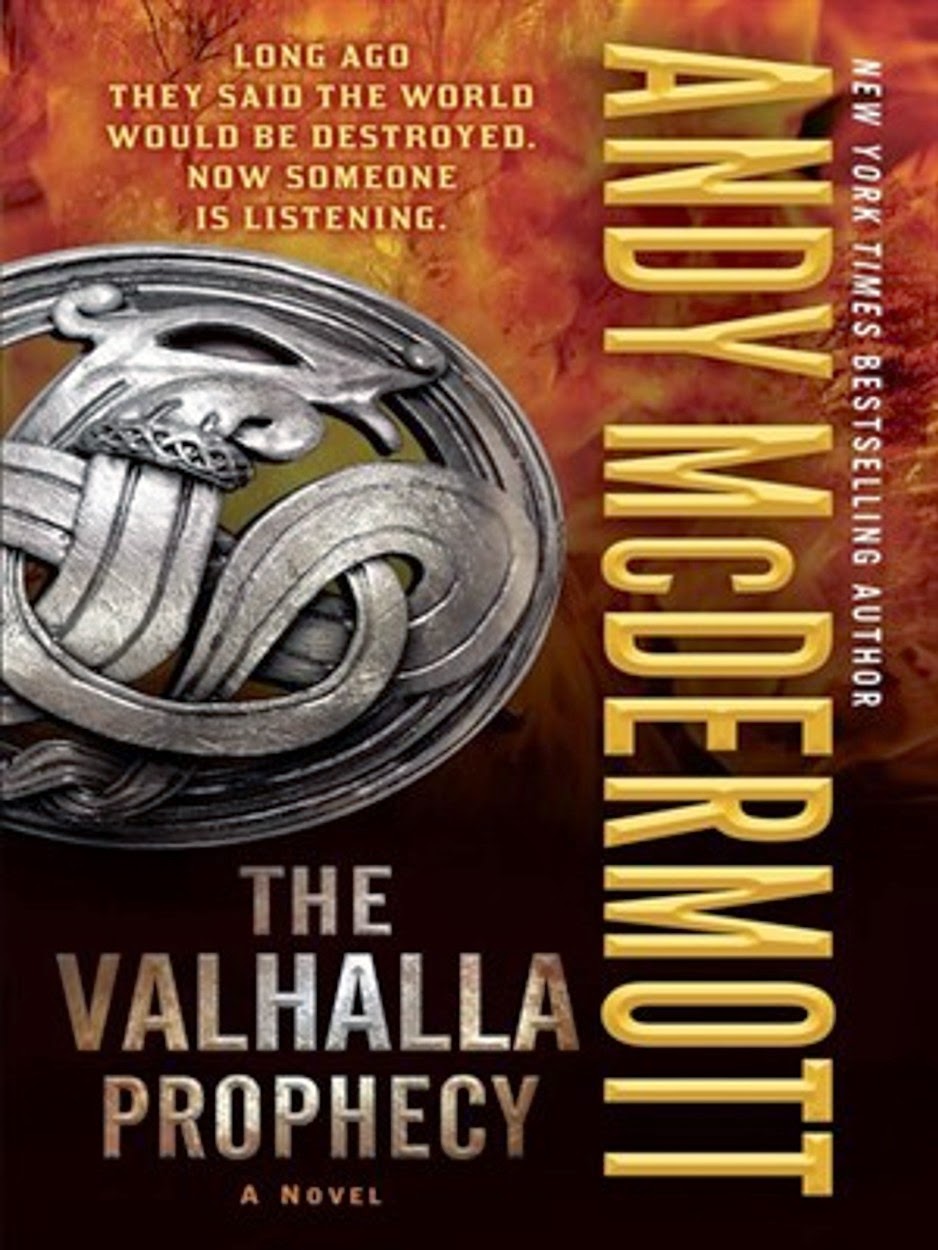 I mentioned recently that I think most current thrillers are too long, but sometimes I get the urge to read one anyway. That's the case with THE VALHALLA PROPHECY, the latest book in the Nina Wilde/Eddie Chase series by Andy McDermott. I haven't read the other books in the series, although I have several of them, but it was easy enough to jump into this one. The story occasionally refers back to previous events in the series but for the most part works just fine as a stand-alone.

Nina and Eddie are husband-and-wife protagonists. She's an American archeologist, he's a British ex-SAS commando who now travels the world with Nina, helping her get out of the various Indiana Jones-like scrapes she gets into. They've become famous for locating supposedly mythological places like Atlantis that turn out to be real, and in this novel they're on the trail of Valhalla from Norse mythology. The story flashes back and forth between the present and a time eight years earlier, before Eddie met Nina, when he was part of a mercenary group carrying out a secret mission in Vietnam, a mission that actually turns out to be connected to their quest for Valhalla.

As you'd expect, there are a lot of action scenes along the way, competing groups of bad guys, numerous death traps that our heroes have to escape from, and a deadly scientific secret that can only be dealt with by finding the real Valhalla. The plot is very much in the same neighborhood as books by Clive Cussler (and his various ghosts) and James Rollins, which isn't a bad neighborhood to be in.

So is THE VALHALLA PROPHECY too long? Probably, but I'll give McDermott credit. He writes in a terse style that kept me reading and handles the action scenes very well. He also does a good job of working the info dumps into the story and keeps the pace moving. I was never tempted to skim or jump ahead to the ending, which says something when you're dealing with a reader as impatient as I am. It certainly helps that Eddie and Nina are both extremely likable protagonists. If you enjoy modern-day thrillers and haven't read Andy McDermott, you should check out his work, and THE VALHALLA PROPHECY wouldn't be a bad place to start.