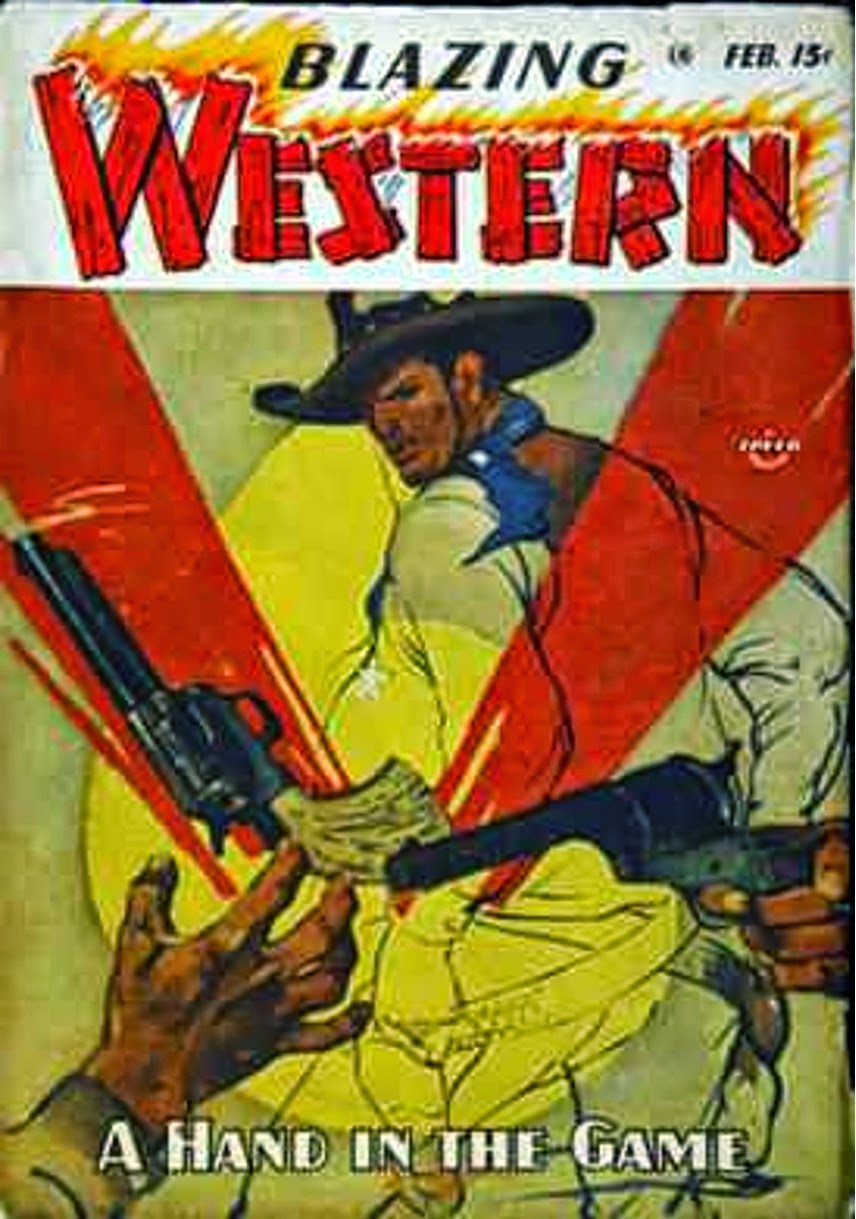 I'm not sure the cover on this issue of BLAZING WESTERN makes much sense, but it's eye-catching, anyway, especially that logo, so I guess it did its job. I don't recognize the names of any of the authors inside. Some are known house-names, others appear only in this issue, and the rest showed up only in various pulps published by Trojan, so it's possible, even likely, that there's not a real name in the bunch. Not to mention the fact that the stories may well have been reprints from other Trojan Western pulps with the titles and by-lines changed. But hey, I'll bet some of them were entertaining anyway.

UPDATE: Thanks to Phil Stephensen-Payne, and to the late Glenn Lord for the original research, here's a rundown of the contents of this issue, complete with reprint history:

So there are two stories, minimum, by Laurence Donovan in this lone issue of BLAZING WESTERN, one under his name and one under his Larry Dunn pseudonym. Some of the others may be his work as well, and that's equally true of E. Hoffmann Price. What a tangled mess those Trojan Publications house-names and pseudonyms were!
Posted by James Reasoner at 6:00 AM