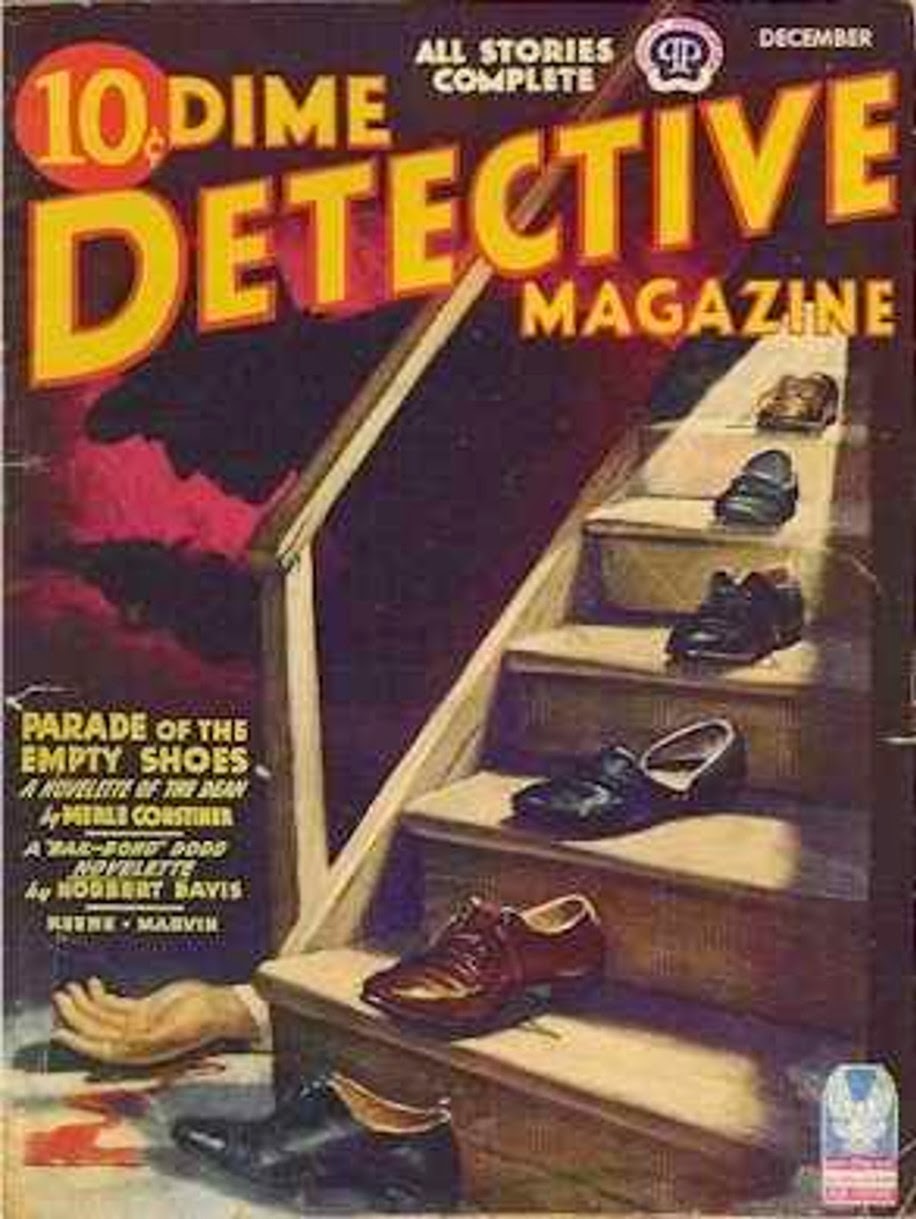 (Here's a post that originally appeared on January 10, 2006, long before I started the Sunday Morning Bonus Pulp series. But it certainly fits right in.)

I finished reading this pulp tonight and thought that it was a very good issue. The lead story is a long novelette by Merle Constiner about private detective Wardlaw Rock, also known as the Dean. I've read several stories from this series and liked them all. Constiner takes several wildly different plot elements, obscure historical trivia, bizarre scientific facts, and mixes them all into coherent, highly entertaining mystery yarns. If I had to compare the Dean stories to something current, it would be the TV series MONK, although personality-wise the Dean and Adrian Monk are completely different. The small press publisher Battered Silicon Dispatch Box has done a pricey volume reprinting all the Dean stories. I haven't sprung for it yet, but I may one of these days.

This issue of DIME DETECTIVE also features novelettes by Norbert Davis (a Bail-Bond Dodd story) and Day Keene. Davis's stories are always well-written and funny, and Keene is a long-time favorite of mine. And it has a striking cover to boot. Good stuff.
Posted by James Reasoner at 6:00 AM

I'm a big fan of Merle Constiner also. In addition to the many novelets starring the Dean, he also had a private eye series in BLACK MASK starring Luther McGavock. Later, after the pulps died, he went on to write over a dozen very interesting and excellent western paperbacks.

I've read some of the Luther McGavock stories and liked them a lot, too. Constiner was a very good writer. I was shocked years later when I read that he made very little money from his writing and he and his wife had to get by on what his wife made (as a nurse, I believe). I figured any author whose name I saw as often as Constiner's had to be making a living at it. I didn't realize how little those Ace Doubles paid and how many of them you had to write to get by.