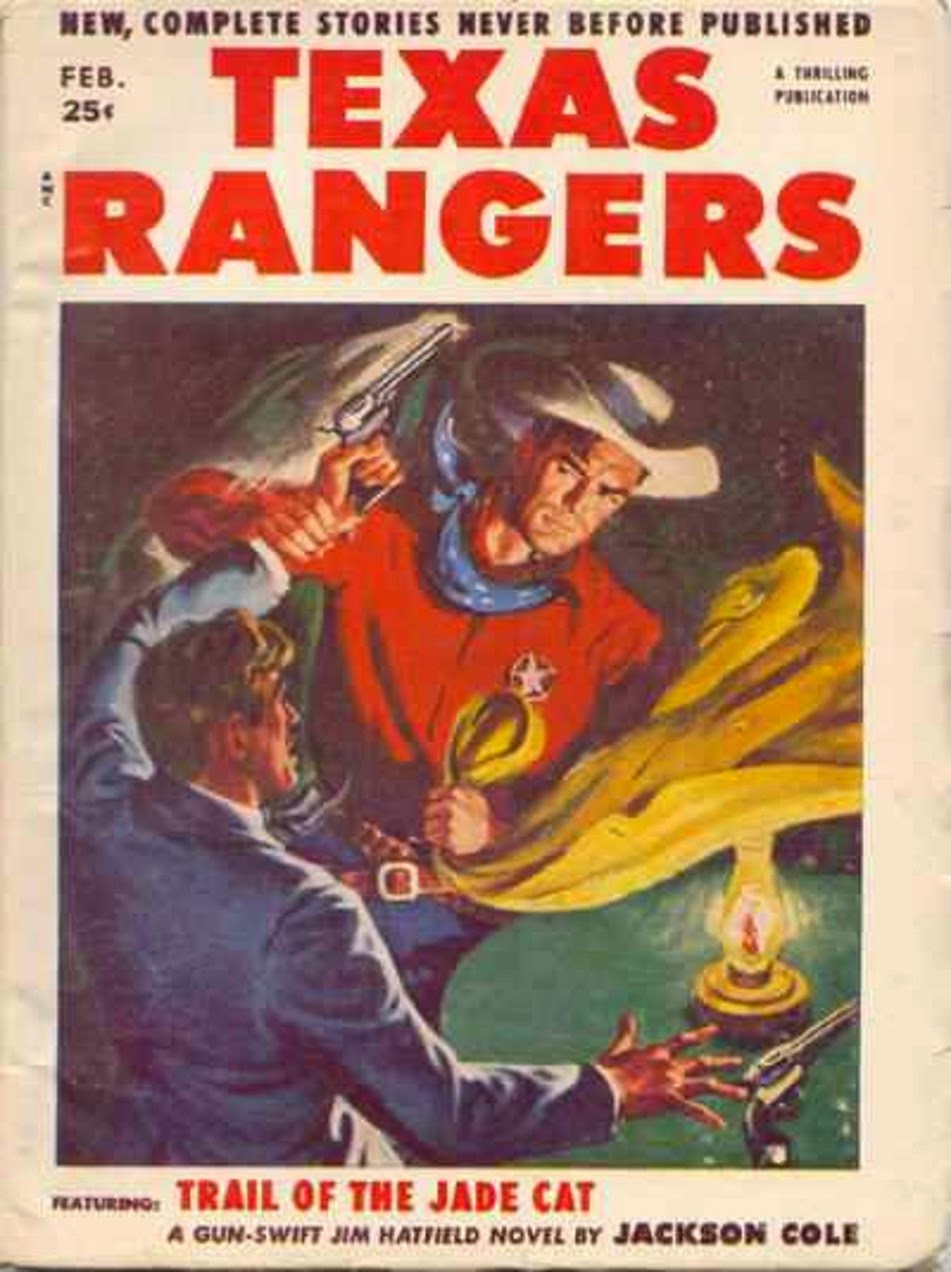 From fairly late in the long run by TEXAS RANGERS, this issue features a Jim Hatfield novel by Peter Germano writing as Jackson Cole. Germano, better known under his pseudonym Barry Cord, consistently turned out excellent Hatfield yarns. I haven't read this one, but I'd be willing to bet that it's good. Authors of the back-up stories in this issue include Louis L'Amour, the very prolific Lauran Paine, and Clark Gray and Roe Richmond, each of whom also wrote Hatfield stories under the Jackson Cole house-name.
Posted by James Reasoner at 6:00 AM

TEXAS RANGERS was one of the very last of the pulp magazines. Most were dead by 1955 but this title lasted until 1958, over 200 issues. Issues are still very easy to find and inexpensive.

I have a very vague memory of seeing some TEXAS RANGER pulps at a small variety store in my hometown sometime in the late Fifties. These were probably used copies, but there's a slim chance they could have been new copies of one of the very last issues.

I corresponded with Roe Richmond back when I first started writing the Gunsmith.

I saw the last of the western pulps, all Texas Rangers and Ranch Romances as I recall, arrive at our local newsstand. A friend bought what I think were the last few Texas Rangers issues, and I later bought them from him. At the very end of its run, I actually subscribed to Ranch Romances. I still have those issues of TR and RR.

I saw a number of issues of RANCH ROMANCES on the magazine racks at various drugstores and grocery stores in the late Sixties and early Seventies, but never bought any of them because I thought they were actual romance stories. I didn't know any better.

Recently Adventure House had an auction of around 250 issues of RANCH ROMANCES from the Jim Steranko collection. They sold as a single lot which amounted to perhaps one third of the entire run.