Riders on the Storm - Ed Gorman 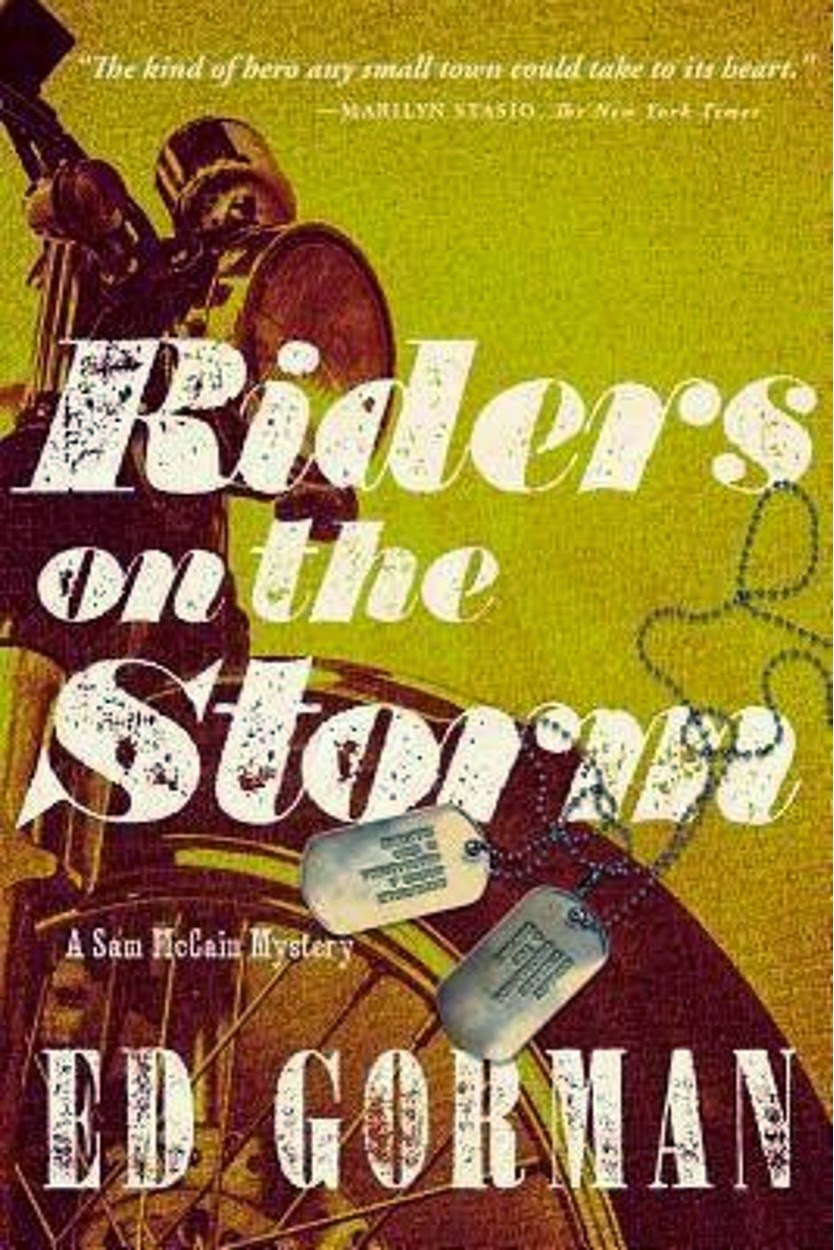 If you want to learn about small-town life in America during the turbulent era stretching from the late Fifties to the early Seventies, forget the history books. Just read Ed Gorman's Sam McCain series. It's as perfect a recreation of a time and place (Black River Falls, Iowa, the town where Sam works as a lawyer) as you're ever likely to find. The latest one, and the final book in the series, is RIDERS ON THE STORM, like all the others titled for a song that was popular when it takes place.

As usual, there's a well-plotted mystery for Sam to solve. A psychologically troubled, anti-war Vietnam vet is arrested for the murder of another veteran, a successful businessman and aspiring politician who had beaten up the accused man at a party because of his anti-war views. Sam is friends with the man and doesn't believe he's guilty of murder, so he begins his own investigation to find the real killer. It'll come as no surprise that things are a lot more complicated than they appear to be at first, and Sam puts his own life in danger by trying to sort everything out and clear his friend's name.

Over and above the mystery angle, though, the strongest appeal of the Sam McCain books is Sam himself, with his melancholy yet hopeful observations about life and the people he knows in Black River Falls. Plus all the mentions of the music, the books, the TV shows and movies, that make the novels seem so real for those of us who lived through those days. In so many ways, Ed is us, and we are him.

I've long since given up the pretense of objectivity where Ed's books are concerned. I've been reading and enjoying his books for more than 30 years, the same amount of time that we've been friends. But it's not like I'm the only one praising them, either. He's widely hailed, and rightly so, as one of the best writers of our generation. RIDERS OF THE STORM is a fine conclusion to the Sam McCain series and will leave you glad that you've been able to be a part of Sam's life for the past ten books. Highly recommended.

Liked this one, the whole series.

Amen. I have some catching up to do but I've been loving this series since the start.

I lived the small town life of that time. Think I will catch up and give these a try.