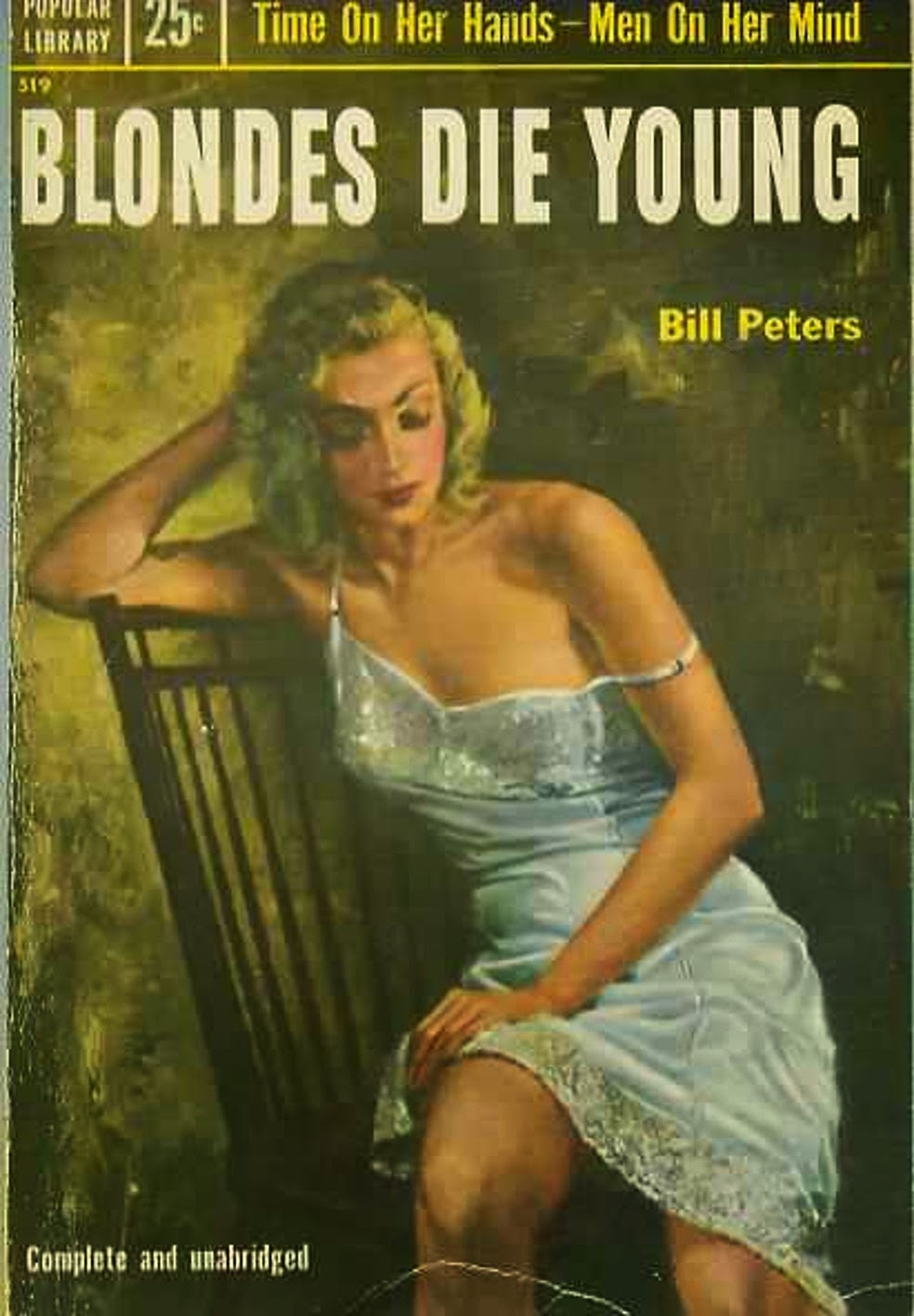 (This post originally appeared in somewhat different form on August 7, 2005)

I’ve had two copies of this novel, the original paperback edition and a later edition, on my shelves for years, long enough that I don’t remember where or when I got them.

This is a good hardboiled novel about Philadelphia private eye Bill Canalli, who goes to visit a girl in Chicago and winds up in the middle of a vengeance quest to bust up the largest drug ring in the Midwest. I know it’s a cliché, but I like a private eye book where the hero gets hit on the head, and Canalli gets clouted several times in this one. There’s plenty of action, some nice observations on human nature, and a twisty plot. The surprise ending isn’t really much of a surprise, but it’s still effective. This is actually the first mystery novel by McGivern that I’ve read (I read his World War II novel SOLDIERS OF ’44 several years ago). BLONDES DIE YOUNG is good enough that I want to read more of his hardboiled stuff.

UPDATE: I no longer have the two copies of this book that I mentioned, of course, but I have a few others by McGivern. I've even read one or two of them. And I'll read more by him one of these days, if I get around to it. My plan was to slow down a little on my writing next year so I could read more and do some other stuff, but that's pretty much out the window. Now I'm shooting for 2016...) 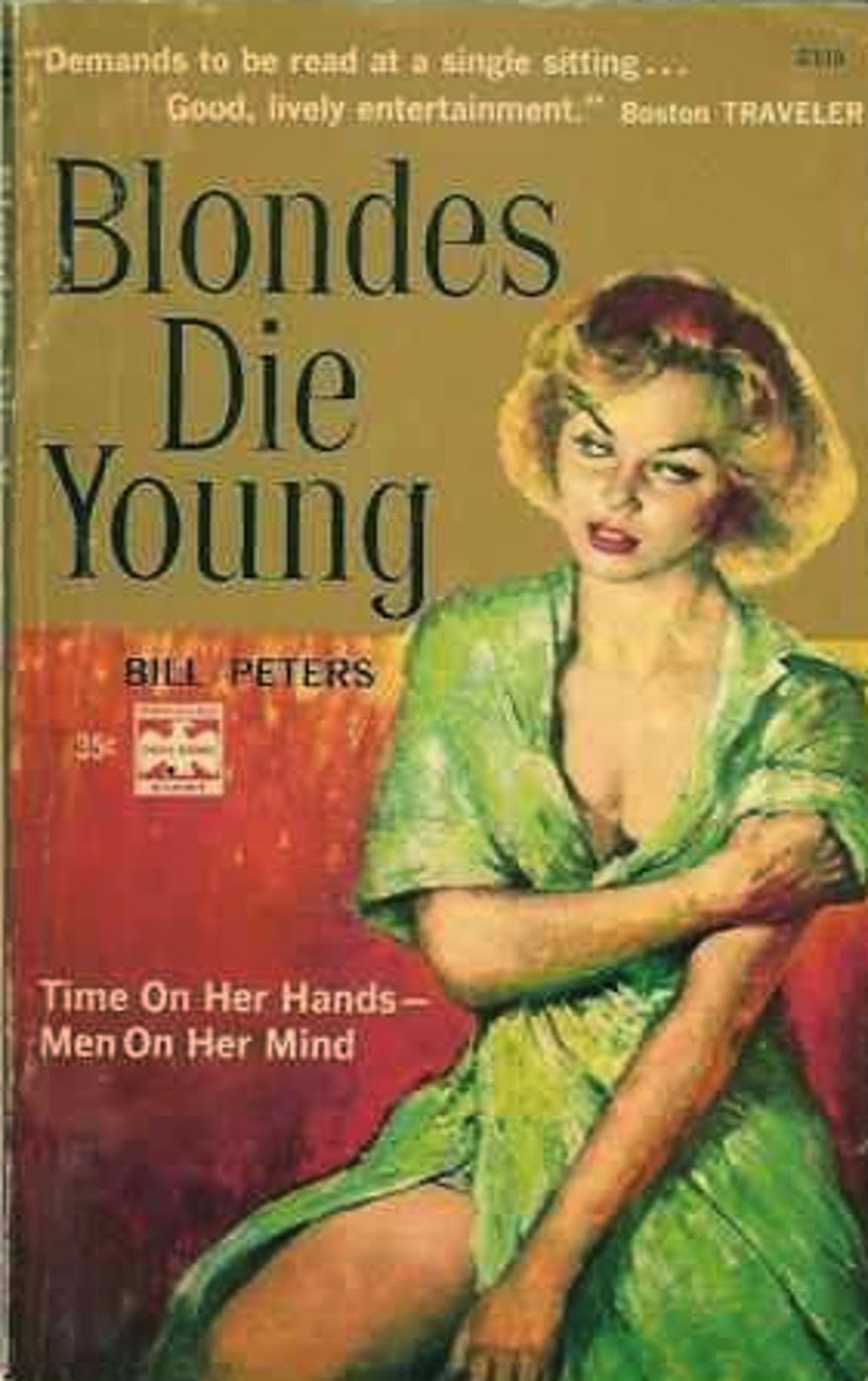 I have some of William McGivern's later books. Your review makes me want to drop everything and read them!

I'll have to see what I can locate by him so I can try one, they sound right up the alley.

Well, I've been beating the drum for McGivern for a while, now, too...not only overlooked but overlooked and at his height as a crime-fiction writer when he and most of his work was based in Philadelphia. "Shield for Murder" (which I FFB'd in its BLUEBOOK novella form...everyone seems to agree that the expansion to novel weakened it) was far better than solid, and no one disputes the status of the likes of THE BIG HEAT and ODDS AGAINST TOMORROW...I probably should be at least seeking some love for his work at NoirCon (which remains GoodisCon in spirit).

Even McGivern's purest hack for the Ziff-Davis pulps that I've read usually has enough of a twist to elevate into Interesting.