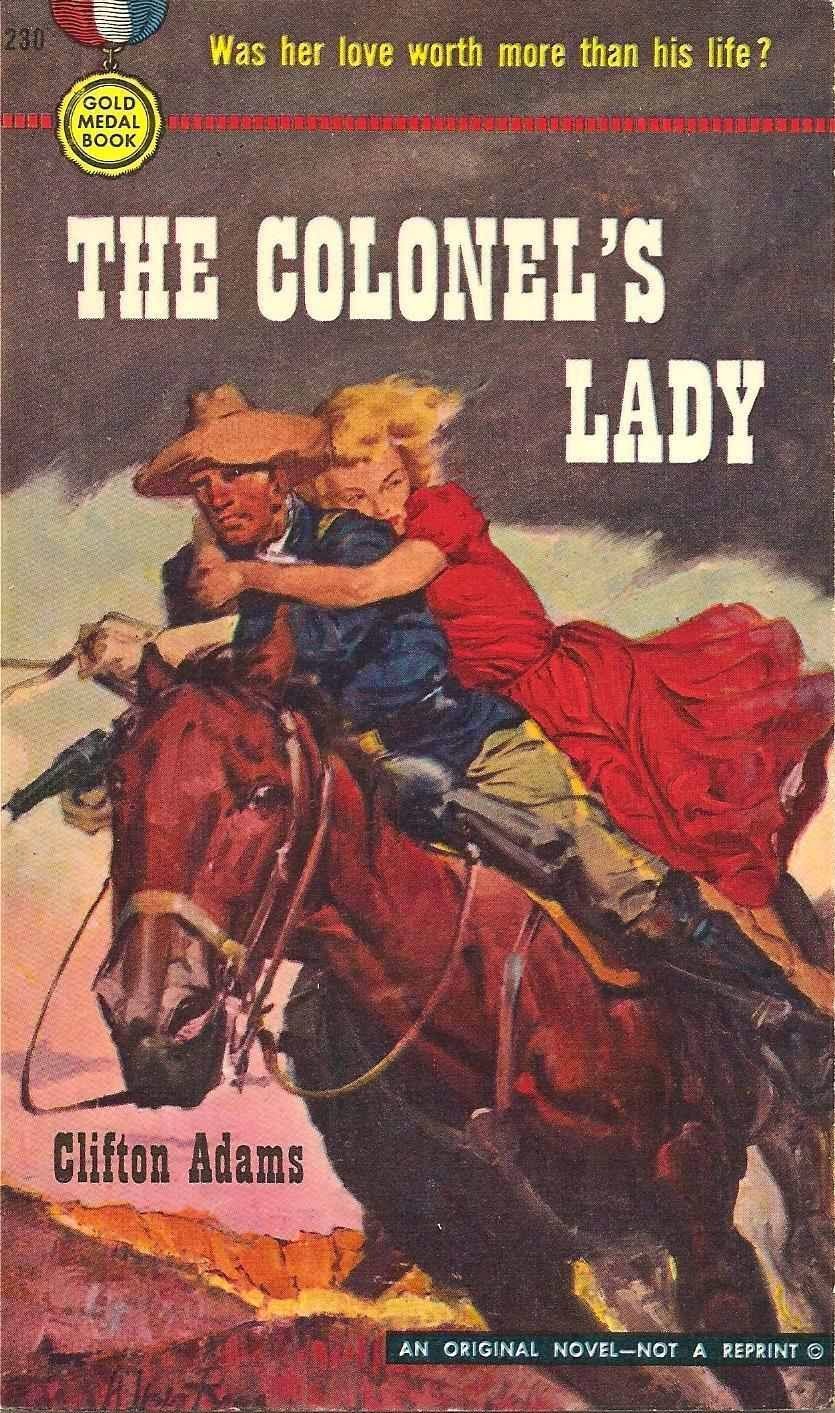 Many of the Gold Medal Westerns during the Fifties displayed some of the same noir and hardboiled characteristics as the crime and suspense novels from that iconic publisher. Clifton Adams' THE COLONEL'S LADY certainly falls into that category, despite its title and cover that make it look almost like a Western romance.

Narrator Matt Reardon has been carrying around the memory of a beautiful blonde named Caroline for five years since the Civil War ended. His feelings for her are a mixture of love and hate, the result of a betrayal on her part during the war. When he finds out that she's married to the colonel in command of a remote cavalry outpost in Arizona Territory, Reardon enlists in the army so he can be stationed at the same fort and finally have a chance to resolve things with her. The problem is that a charismatic Apache war chief is putting together an army of his own and has a cunning plan to wipe out the cavalry.

Adams does a great job with the gritty details of cavalry life and in creating a protagonist who's obsessed with the woman who loved him and then betrayed him. The occasional outbursts of violence are very effective. This is the usual tough, terse sort of yarn I've come to expect from Adams. I don't think it was ever reprinted after the Gold Medal edition in 1952, which is a little surprising considering Adams' popularity. This one is well worth picking up and reading if you ever come across a copy.
Posted by James Reasoner at 5:30 AM

Good point James. Many readers and collectors ignore the Gold Medal and Ace Double westerns but they are very readable with tough, hardboiled elements. Often they can be found at very reasonable prices.

Were you drawn to this one with a notion of possible reprint?

No, but I thought about that after I'd read it. I might have to look into that.

Love that cover! I buy westerns by Clifton Adams whenever I see one.

This is available as a free download at Munsey's (complete with cover).

There are other Clifton Admas' books up there, too.