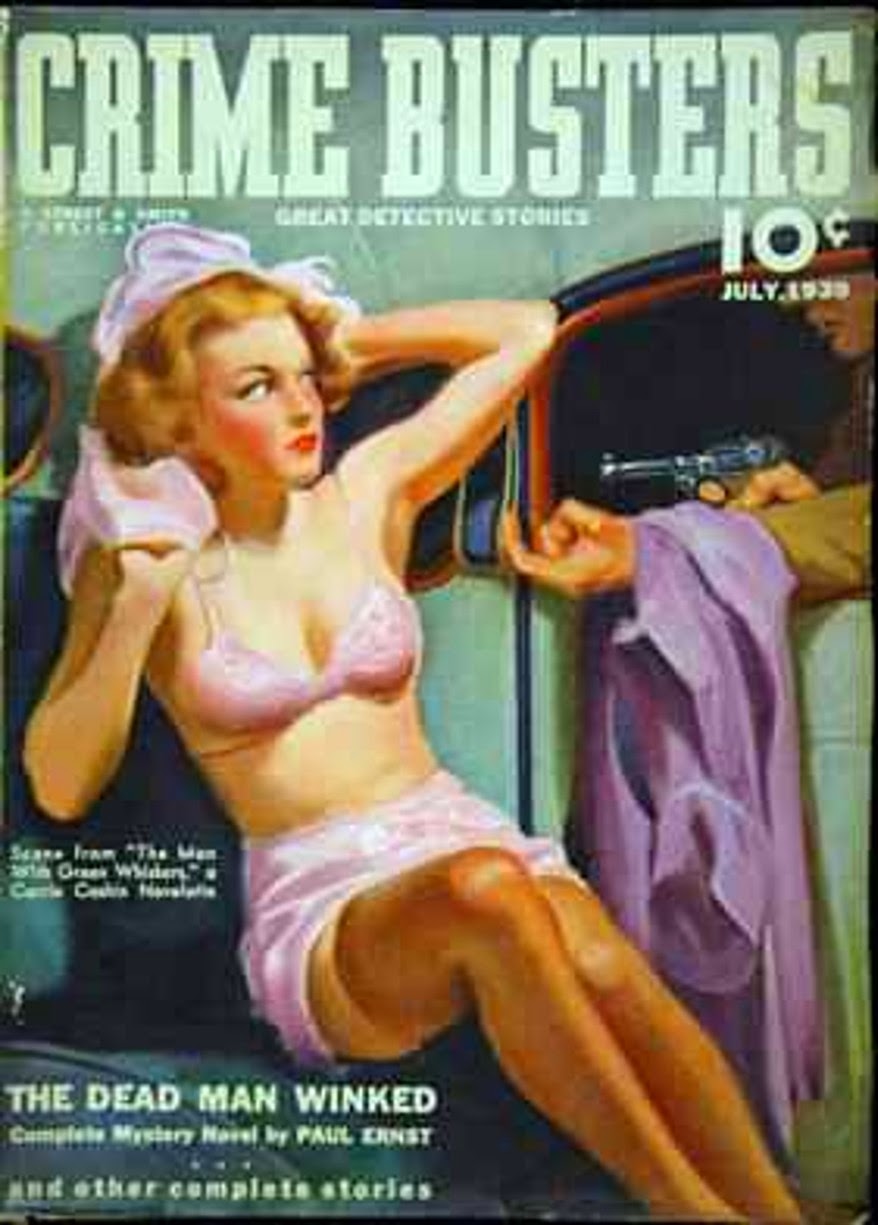 That racy cover by Graves Gladney looks more like it ought to be on a Spicy pulp rather than one from Street & Smith. But hey, I like it. And inside are stories by Lester Dent, Walter B. Gibson, Paul Ernst, and Theodore Tinsley, four titans of the pulp business, along with Robert C. Blackmon and George Allen Moffatt. I don't think I've ever read an issue of CRIME BUSTERS. I'm pretty sure I don't own any. I would have bought this one if I'd been around in 1939, though.
Posted by James Reasoner at 6:30 AM

That cover was originally intended for The Shadow, IIRC.

I once met Graves Gladney and he told me the story behind this cover. He was the unofficial guest of honor at the first Pulpcon in St. Louis, 1972. I spent the weekend trying to talk him into selling one of the dozen SHADOW cover paintings that were on display.

He finally agreed to sell me one but he wanted a thousand dollars and at that point I was almost broke from having bought a couple hundred pulps.

But he did tell me about the CRIME BUSTERS cover. He said he originally painted the girl nude, just to see the reaction of the art editor and when he brought it into the editorial offices, everyone gathered around to gawk at it.

After awhile, things calmed down and he was told, "ok now paint some clothes on her". Which he did but it still is pretty risqué for a Street & Smith pulp!

Great looking pulp with a terrific lineup, and that story Walker tells is great too!

This was an interesting magazine due to S&S using it to introduce new characters that then might get their own magazine. Crime Busters only lasted for 7 issues. the first 3 had photo covers.

Barry must be thinking of another magazine because CRIME BUSTERS lasted 24 issues. Then in November 1939 the title was changed to MYSTERY and it went on for another 26 issues.

Love it, but I thought I was the only one who got girls to strip by using a gun.