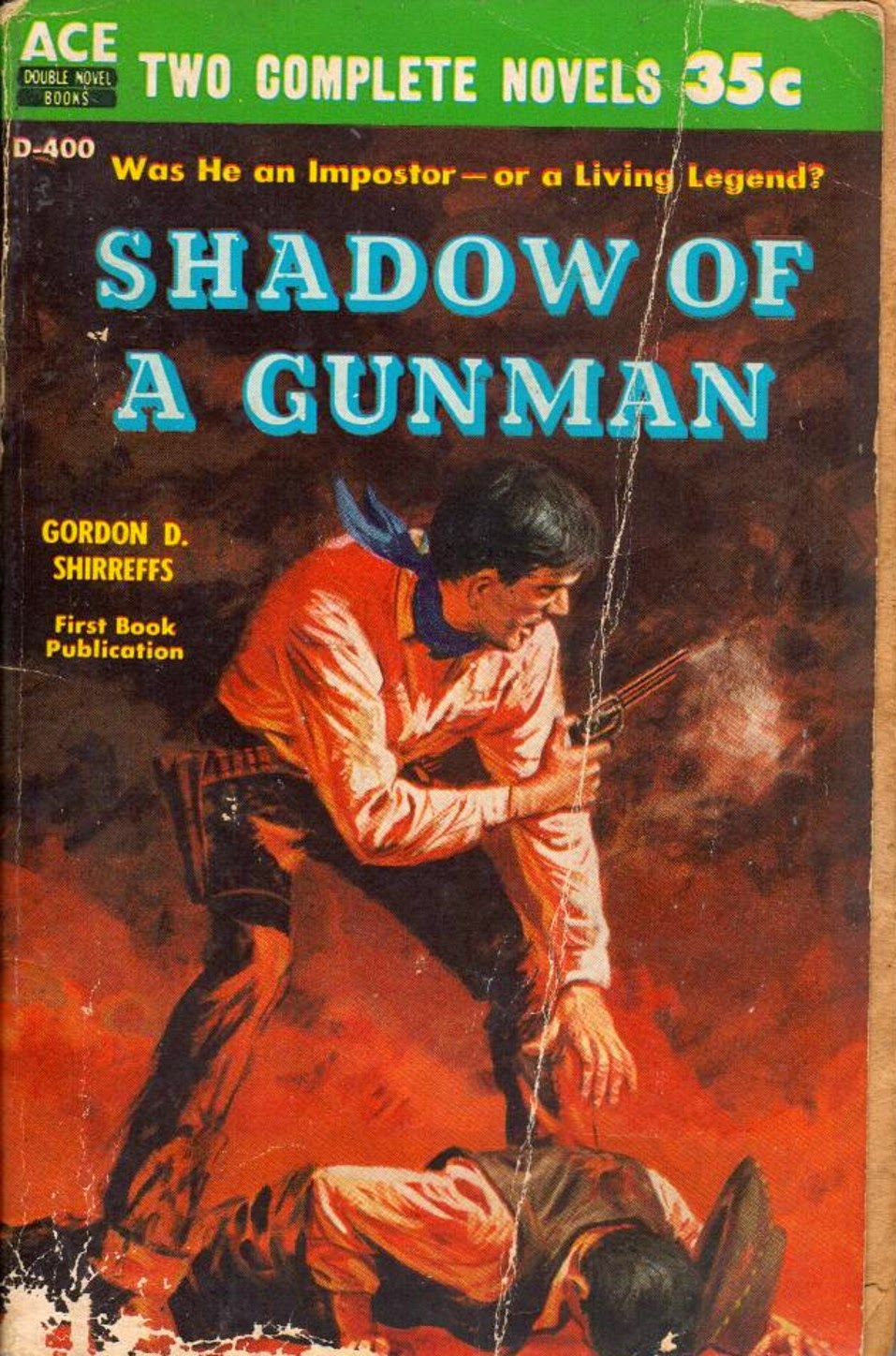 As this 1959 Ace Double Western opens, seventeen-year-old Thorp Barrett is already a member of the outlaw gang led by his brother Travis. When the gang is trapped by a posse led by U.S. Marshal Doug Scott, Thorp winds up as the only survivor, thanks to his brother who gives up his life to help Thorp escape. Thorp goes on the run, flees across the Rio Grande into Mexico, and vows to turn himself into as deadly a gunman as his brother was, so he can kill Marshal Scott and avenge Travis's death.

From that point, Shirreffs follows Thorp's life for the next several years as he falls in with smugglers and bandidos and becomes an accomplished outlaw and gunfighter. Unfortunately, his quest to kill Marshal Scott becomes complicated when he meets and falls in love with the lawman's beautiful stepdaughter. On the run from a murder charge because he shot down another marshal, it looks like there's no way for Thorp to wind up other than dancing at the end of a hangrope or filled with lead by lawmen...

As always, Shirreffs is one of the most consistently entertaining Western writers, spinning a fine, hardboiled yarn that has an epic feel to it despite being only around 35,000 words. His action scenes are as gritty and effective as ever, and he springs some nice plot twists on the reader as well. SHADOW OF A GUNMAN is fast-paced, pure enjoyment for fans of the classic traditional Western. They really don't write 'em like this anymore—although some of us are still trying.

By the way, that cover scan is from the copy I read. The line about this being the first book publication makes me think the novel is probably an expansion of a pulp story, but if that's the case, I don't know where and when that story appeared. The other side of the double volume is LAST CHANCE AT DEVIL'S CANYON by Barry Cord (Peter Germano). Don't be surprised if you see a post about it in the reasonably near future.
Posted by James Reasoner at 6:00 AM

When I was a young teen reading westerns, I use to get Gordon Shirreffs and Glendon Swarthout mixed up. As I got older and smarter I realized the Gold Medal and ACE books that I had were Shirreffs. (and much different than the Swarthout westerns) I like both authors novels a lot.

This is one of the few Shirreffs' paperbacks I have not read. My favorite western writer of the period. His pulp stories are often even more violent than his paperback novels.