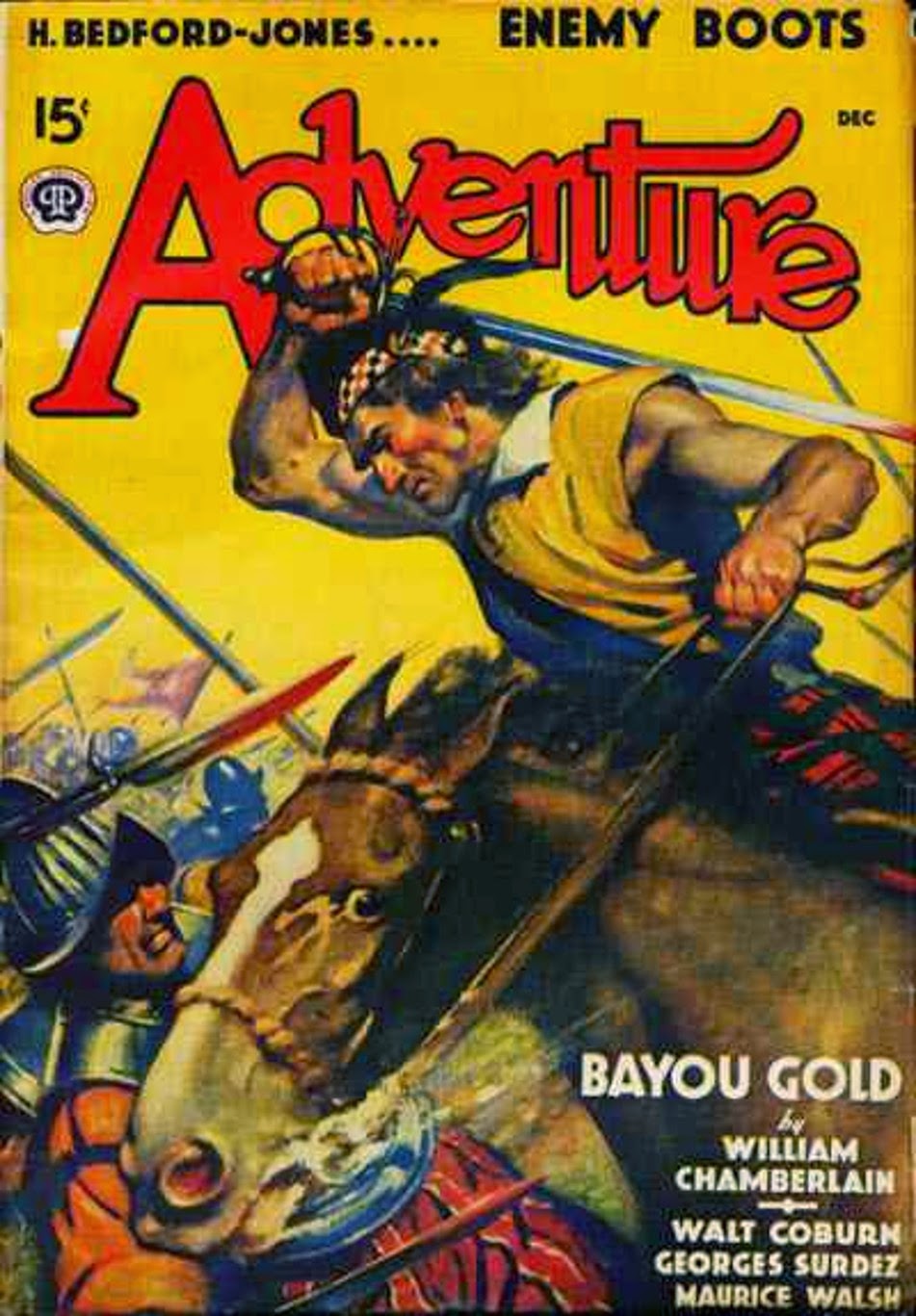 Ho-hum. Another issue of ADVENTURE with a great cover and iconic writers like H. Bedford-Jones, Walt Coburn, Georges Surdez, and William Chamberlain. You'd think they would have gotten tired of putting out one of the best pulp magazines ever published.
Posted by James Reasoner at 6:30 AM

When I look at ADVENTURE I think in terms of greatness. The Hoffman years of 1918-1926 were great; the Howard Bloomfield years in the 1930's were also great on a lower *greatness* scale; then the Ken White years in the 1940's were great but of a lesser greatness.

By 1950 the great years were over and the pulps were starting to die off. Even ADVENTURE was in trouble and in 1953 they tried a format change. The magazine was not a pulp any longer and was in the large 8 1/2 by 11 inch size. Sort of a companion to ARGOSY which at the time was a quality men's magazine.

But this experiment was a failure and ADVENTURE became another run of the mill, sort of risqué showing bare breasted girls, magazine. This continued through the 1960's until the final format change of being a digest fiction magazine around 1970. This didn't work out and after a few digest issues the magazine was laid to rest.

But for 753 pulp sized issue in 1910-1953, the magazine was one of the greatest fiction magazines ever published.