Bring Me the Head of Chaz Savidge! - Peter Brandvold 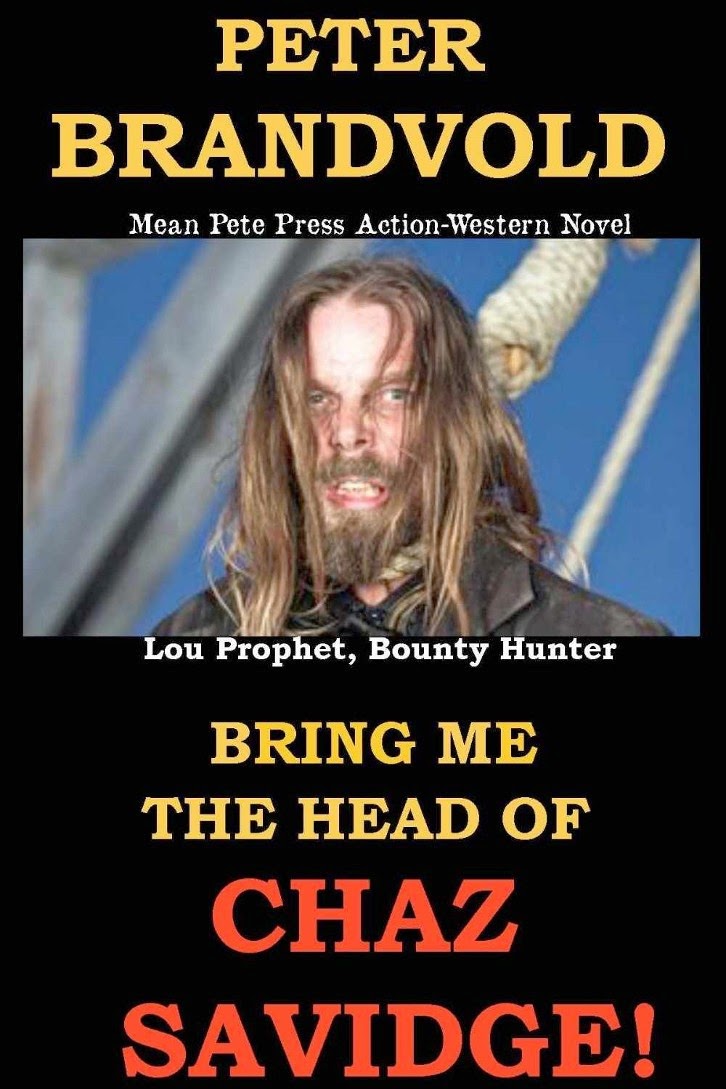 Bounty hunters Lou Prophet and Louisa Bonnaventure (aka The Vengeance Queen) are two of Peter Brandvold's best characters, and they're back in his latest novel BRING ME THE HEAD OF CHAZ SAVIDGE! This one is subtitled "The Bounty Poacher", and that's an accurate description of the plot. Prophet and Louisa capture outlaw Chaz Savidge after a shootout that leaves the rest of Savidge's gang dead. They set out to get him from Dakota Territory to Denver so they can turn him in to the U.S. Marshal there and collect the reward on him.

But along the way they find out that a politician whose granddaughter ws raped and murdered by Savidge has also placed a bounty on the fugitive's head, and that's meant literally: all anybody has to have to collect is Chaz Savidge's head. That temptation is too much to resist, so Prophet and Louisa find themselves running a gauntlet of bounty poachers who want to take their prisoner away from them and chop off his head.

The situation is complicated by an encounter with a young woman who has problems of her own, and it starts to look like Prophet and Louisa will be doing good to escape from this mess with their own lives...

As always with a Brandvold novel, BRING ME THE HEAD OF CHAZ SAVIDGE! is fast-paced and full of gritty, well-written action as well as colorful characters. If you've read the rest of the Lou Prophet series, you'll definitely want to read this one, too, and if you haven't, it would make a fine place to start. Mean Pete's one of the best in the business and never fails to entertain.