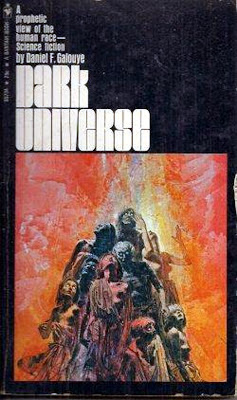 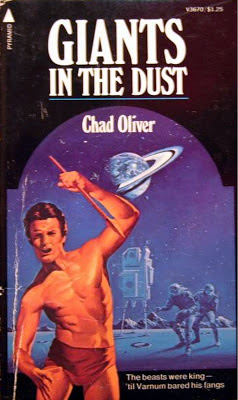 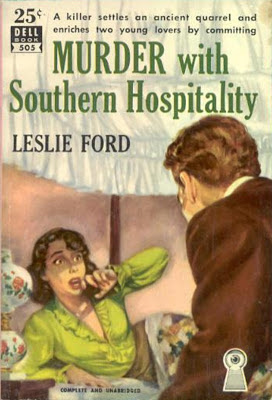 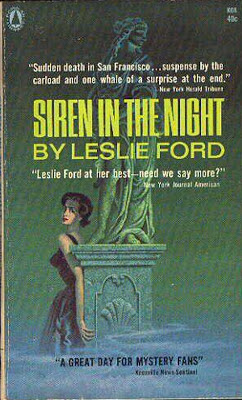 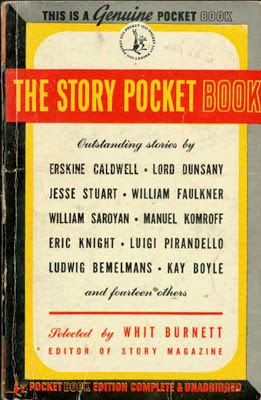 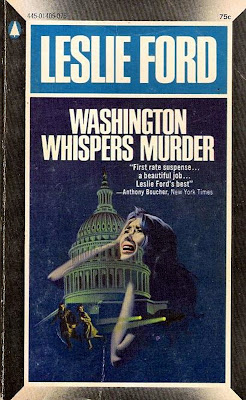 Well, this week I bought some print books again, for the first time in a while. These were all in the clearance section at Half Price Books, marked down from the regular nostalgia section.

THE STORY POCKET BOOK, edited by Whit Burnett – This is an early collection of mostly mainstream literature stories selected by Whit Burnett, one of the long-time editors of STORY MAGAZINE. Authors include Erskine Caldwell, Jesse Stuart, William Faulkner, Cornell Woolrich, Eric Knight, Lord Dunsany, William Saroyan, and the proverbial many others. This is the first printing of this early paperback, from December 1944. The cover and spine are a little faded, there's some sticker damage on the back cover, but the paper is barely tan. They used great paper back then. Who knows if I'll ever get around to reading it, but it only cost me a buck.

DARK UNIVERSE and THE INFINITE MAN by Daniel F. Galouye – A couple of science fiction novels by an author I've heard about for a long time but have never read, as far as I recall. Galouye published some well-regarded stories in the SF digests of the Fifties. I'll bet Bill Crider has read his work.

GIANTS IN THE DUST by Chad Oliver – I met Chad Oliver a few times at SF conventions but didn't really know him. We had a number of mutual friends, though. This is a science fiction novel from the Seventies.

THE DISAPPEARING ISLAND by Geoffrey Jenkins (originally published as A GRUE OF ICE) – Adventure novel set in Antarctica by a British (or possibly South African) thriller writer whose books I've seen around for decades but never read.

SIREN IN THE NIGHT, MURDER WITH SOUTHERN HOSPITALITY, and WASHINGTON WHISPERS MURDER, all by Leslie Ford – Three mystery novels from the Forties and Fifties, two of which feature Ford's series characters Grace Latham and Colonel Primrose (which name always makes me think of the board game CLUE). I seem to remember that Ford is controversial for some reason, but I don't remember why.

On the e-book front, only one to report that I haven't already reviewed: SHOCK TROOPS OF JUSTICE by Robert R. Mill, another fine collection from Black Dog Books. I've read some of Mill's other pulp stories and liked them.

I've read some of Galouye's stories, but none of the novels.

Good haul, James. Wish there was a Half Price Books in my area.

Galouye was a popular stand-by in Cele G. Lalli's AMAZING and FANTASTIC, scoring the cover several times. DARK UNIVERSE got quite a bit of buzz when it first came out in 1961 and was nominated for a Hugo. His SIMULACROM-3 has been filmed twice, most notably as 1999's THE THIRTEENTH FLOOR. His work is popular in Europe, especially Germany (which published two original collections of stories).

Burnett's collections from STORY that I have read were very good, though I haven't read this one.

Can't go wrong with Oliver. Never read Jenkins but have at least one of his books buried somewhere.

Leslie Ford is an enjoyable read, more popular with the public than the reviewers if I remember correctly. One of her last mysteries dealt with rape -- which was off-putting for some readers at the time; perhaps that was the "controversial" thing.

Black Dog has put out some remarkable books, hasn't it?

I so envy you Half Price Books. We have nothing like that.

I think pulpster Ed Lacy/Len Zinberg had early stories in STORY. I don't know if he's in this 1944 issue. Nice assortment of reads.

Jenkins's first novel was A TWIST OF SAND, which was filmed in 1968 with Richard Johnson (who is still around at 85 - we saw him on stage as the judge in Christie's AND THEN THERE WERE NONE in 2005 in London) & Honor Blackman. It's been a long, long time since I saw it and I don't remember it at all.

I wonder if the Burnett anthology is actually all out of STORY or not...if not, Burnett sure as hell knew how to brand his little magazine.

Galouye also did some interesting work for the likes of IMAGINATION and GALAXY at midcentury. (I recall a discussion on FictionMags about how exactly to pronounce his name.)

If you get around to reading THE STORY POCKET BOOK, I'd be interested in finding out which Jesse Stuart story was included. Living here in Stuart's home county in KY and having met him when I was a child, I've been interested in his work most of my life.