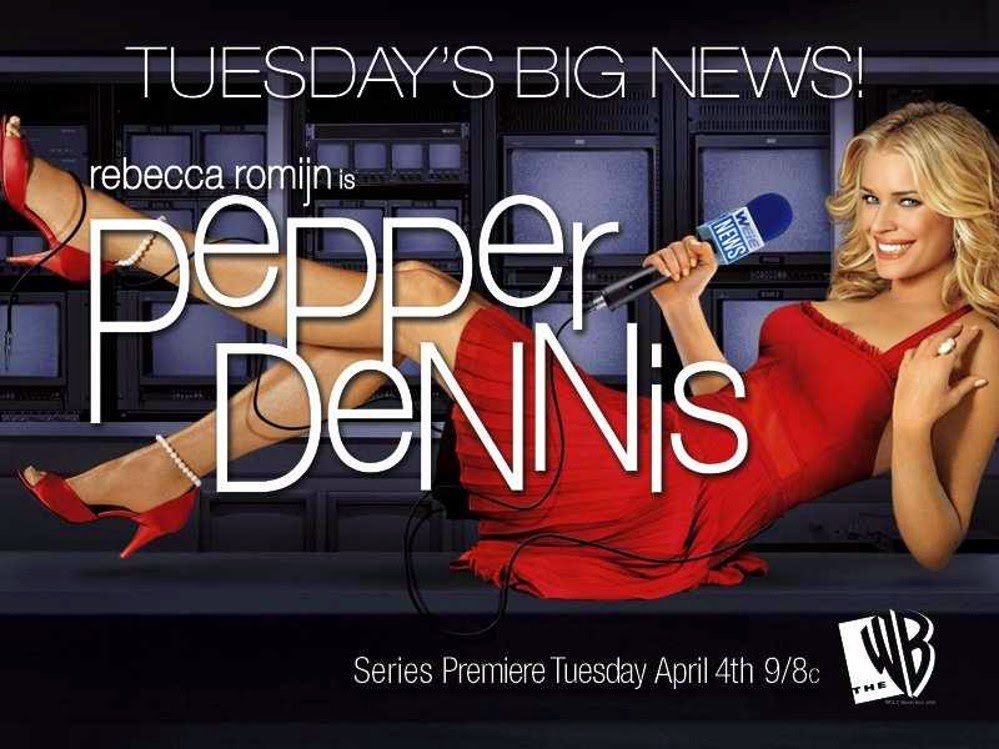 This series lasted only 13 episodes, but we watched them all and enjoyed them. PEPPER DENNIS was one of those oddball hybrids, part newsroom drama and part screwball comedy. Rebecca Romijn played the title character, an ambitious TV reporter in Chicago, and Brooke Burns was her sister. Those two right there were reason enough for me to watch, but the series also had some fairly good scripts and a solid supporting cast including likable character actors Rider Strong and Fred Koehler. Not a great series, but we thought it was entertaining.
Posted by James Reasoner at 6:00 AM

Have you seen The Librarians? She is wonderful in that. On TNT I think, only one season so far but I think it was renewed.

I haven't seen The Librarians or any of the TV movies that preceded it. Sounds like I need to, though.

Never heard of it. When was it on?

PEPPER DENNIS was better than THE LIBRARIANS, albeit the latter is a lighthearted fantasy series and not too shabby. Hard to believe that PD was on nine years ago, but it was a WB show while that network still existed...

THE LIBRARIANS, basically, sucks, though it is certainly not her fault. The TV movies were fairly entertaining for the most part but the series doesn't work at all.

She was also good in the sadly canceled KING & MAXWELL, based on the books by David Baldacci.

Off topic, but I read this blog regularly for the coverage of westerns. Are you aware of Stephen King's recent western short story "A Death"? You can check it out online here: http://www.newyorker.com/magazine/2015/03/09/a-death-stephen-king It will also be included in his new short story collection this fall.

Hm. I realize I mostly have seen the tv movies of THE LIBRARIANS, and perhaps one episode. It might well be worse as a series than I'm giving credit for.

'Pepper Dennis is a comedy-drama television series that aired on The WB from April to July 4, 2006. It was quickly announced on May 17, 2006 that Pepper Dennis would not be one of the WB shows transferred to The CW Television Network. Pepper Dennis was the final show to premiere on The WB before its transition to The CW network. The song used in commercials for the show was "Black Horse and the Cherry Tree" by KT Tunstall, and the opening theme song is "Better Half" by Chris Trapper, the former frontman for the Boston pop group The Push Stars. Another song that the WB used for advertising "Pepper Dennis" was Morningwood's "Nth Degree" which also appeared in another WB drama, One Tree Hill.'