The Continental Opposite - Evan Lewis 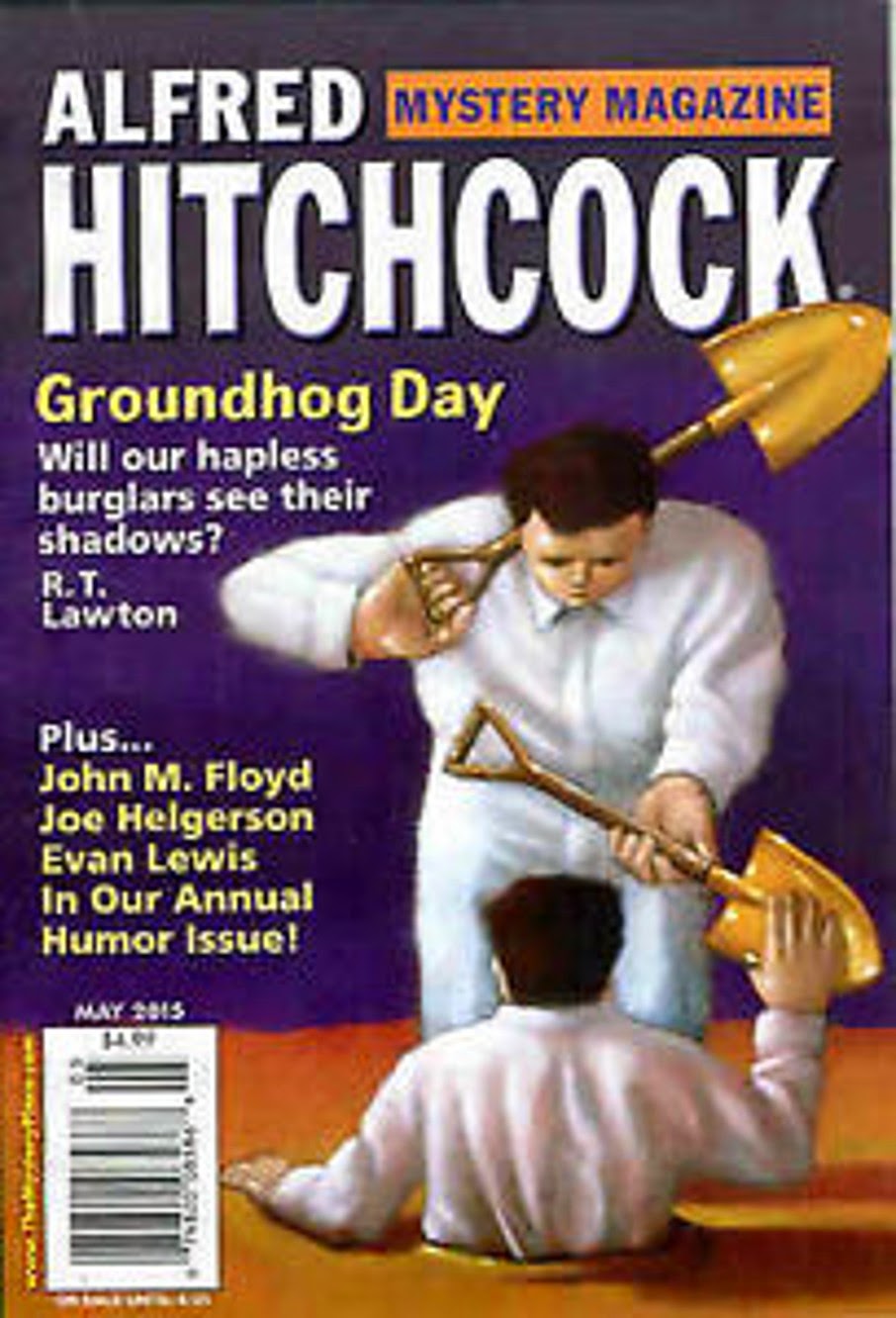 The Continental Op is one of my all-time favorite characters and has been ever since I was in high school and discovered the paperbacks reprinting the stories that featured him. If you'd asked me, I wouldn't have been sure that anybody could do justice to the character in a pastiche.

But by golly, that's exactly what Evan Lewis has done in his story "The Continental Opposite" in the May issue of ALFRED HITCHCOCK MYSTERY MAGAZINE.

He accomplishes this by doing something very clever. The Op is an important supporting character in this story, but the protagonist and narrator is another operative for Continental in 1953, a young Korean War veteran named Peter Collins (a nod to Dashiell Hammett's early pseudonym Peter Collinson). Collins works for the agency's Portland office and suspects that his boss is crooked. The Old Man, as Collins calls him (but we all know who he really is) is a retired operative sent to get to the bottom of the matter.

This set-up leads to a fast-paced adventure involving local gangsters, political corruption, opium dens, and other good stuff. Lewis doesn't slavishly imitate Hammett but instead tells the story in his own effective, hardboiled style.

"The Continental Opposite" is the first story in a series, and I eagerly await the next one. Highly recommended.

(If your local bookstore or newsstand doesn't carry AHMM, which is entirely possible in this day and age, you can buy single e-book issues or subscribe to the e-book version on Amazon.)

Posted by James Reasoner at 9:19 AM

There was an Op anthology at my library years ago, I think I'll give this issue a spin.

I agree it's a very good story, well worth the cover price all by itself. I'm eager for more stories in the new series!

The kind words are much appreciated, James. And yours, Richard.